The Jumpstart Our Business Startups Act (the JOBS Act) has had the effect of increasing the number of companies electing to  pursue  an  initial  public  offering (IPO) and to provide those companies a transition period or “on-ramp” to the public markets, allowing them to focus resources on growth of  their  businesses  before having to expend resources toward complying with many of the regulations often    cited as costly and burdensome for newly public companies. The so-called “IPO on- ramp” provisions, which are contained in Title I of the JOBS Act, reduce a number of existing financial disclosure, corporate governance, and other regulatory burdens on     a new category of issuer, referred to as an “emerging growth company.” The JOBS Act was supplemented by the passage of the Fixing America’s Surface Transportation Act (FAST Act) in December 2015, which further streamlined the IPO process for emerging growth companies. 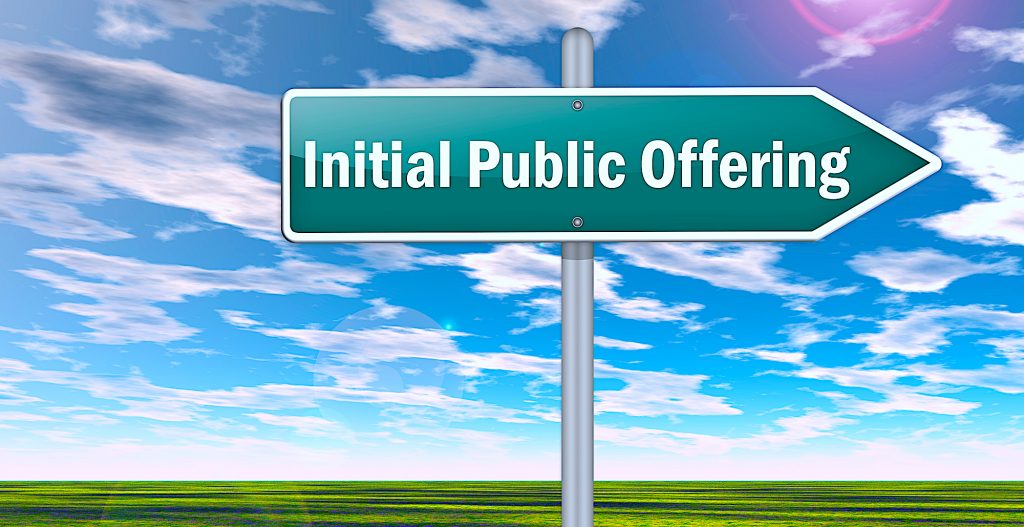 Subject to certain exceptions, an emerging growth company (EGC) is defined as an issuer of securities that had gross revenues of less than $1 billion during its most recently completed fiscal year. An issuer would qualify as an EGC even if its gross revenues exceeded $1 billion in years prior to its most recent fiscal year. In some instances, companies that began (and had not yet completed) the IPO process as an emerging growth company would lose that status on the first day after achieving $1 billion in revenues. This required companies that were EGCs to add significant amounts of additional disclosure during the IPO process. With the passage of the FAST Act, these companies would not lose the benefit of EGC status during the IPO process as long as the IPO occurred within one year.

Gross revenues are measured with reference to total revenues as presented on the income statement presentation under U.S. Generally Accepted Accounting Principles (GAAP) or International Financial Reporting Standards (IFRS) as issued by the International Accounting Standards Board (IASB), if used as the basis of reporting by a foreign private issuer. If the financial statements of a foreign private issuer are presented in a currency other than U.S. dollars, total annual gross revenues for purposes of this test should be calculated in U.S. dollars using the exchange rate as of the last day of the most recently completed fiscal year. When calculating gross revenues, financial institutions may exclude gains and losses on dispositions of investment portfolio securities.

An issuer that is an EGC as of the first day of that fiscal year will continue to maintain that status until the earliest of:

The IPO on-ramp provisions of the JOBS Act offer EGCs a number of advantages during the IPO process, including:

The IPO on-ramp provisions of the JOBS Act also reduce the costs and burdens of being a public company for EGCs after completion of their IPOs by providing:

In this regard, EGCs that are foreign private issuers and reconcile their home country GAAP financial statements to U.S. GAAP may also take advantage of the extended transition period for complying with updates issued by the FASB to its Accounting Standards Certification in their U.S. GAAP reconciliation.

EGCs have the option to confidentially submit to the SEC a draft registration statement for confidential, nonpublic review by the SEC prior to public filing. This allows an EGC to explore the possibility of an IPO without exposing any confidential information to its competitors or the market generally until 15 days (after the passage of the FAST Act) before the date on which it begins to conduct its roadshow, and without risking the embarrassment associated with pulling the IPO should the EGC do so.

The confidential submission process is only available for EGCs that have not already completed a public offering of common equity securities, including offerings under employee benefit plans or pursuant to a resale registration statement. EGCs that have completed public offerings of debt securities may use the confidential submission process. Foreign private issuers may also be eligible to submit their draft registration statements on a non-public basis under existing policies of the SEC’s Division of Corporation Finance; however, the benefits of this policy are not available to foreign private issuers that take advantage of any benefit available to EGCs.

While these changes are designed to reduce costs, EGCs may find that providing the traditional level of historical financial disclosure is helpful in the IPO marketing process. Most EGCs have still elected to present financial statements for a full three years and also five years of selected financial data.

Issuers must avoid illegal offers and not engage in communications and activities that might be viewed as impermissibly affecting the market for the securities to be offered. The JOBS Act amends Section 5 of the Securities Act of 1933 to add a new Section 5(d), which permits EGCs to engage in oral and written communications with institutional or highly sophisticated prospective investors to gauge their interest in a contemplated securities offering before or during the “quiet period” or during the “waiting period.” Issuers should pay careful attention to the timing, content, and delivery mechanism of each communication. In particular, written communications are subject to SEC review and could complicate the IPO process if they are inconsistent with the prospectus or roadshow presentation. As a matter of standard practice, the SEC requests copies of any “testing the waters” communications made in reliance on Section 5(d) as well as any research reports.

The “IPO on-ramp” provisions make becoming a public company more attractive by reducing costs and burdens for EGCs after they go public, often by simplifying and streamlining disclosures. One of the most significant of these benefits is an exemption from the requirement contained in Section 404(b) of SOX to obtain an internal controls attestation and report from a registered independent public accounting firm while the issuer remains an EGC. For many, perhaps most, companies seeking to complete an IPO, this will delay by at least three years the need to comply with this requirement of SOX. It should be noted, however, that EGCs will still be required to establish and maintain “disclosure controls and procedures” and internal controls, and their principal executive officer and principal financial officer will still be required to certify Form 10-Q and 10-K filings.

The time-intensive process of submitting confidentially and executing an IPO as an EGC can take 12 to 16 weeks from initial filing to effectiveness, which is typical for a non-EGC issuer to complete the IPO process as well. As with IPOs of non-EGC issuers, the exact time taken to complete an IPO for an EGC can vary widely and depends on market conditions, the complexity of the transaction, the EGC’s readiness prior to embarking on the IPO process, and many other factors. The IPO process for EGCs can be broken down into the following stages. 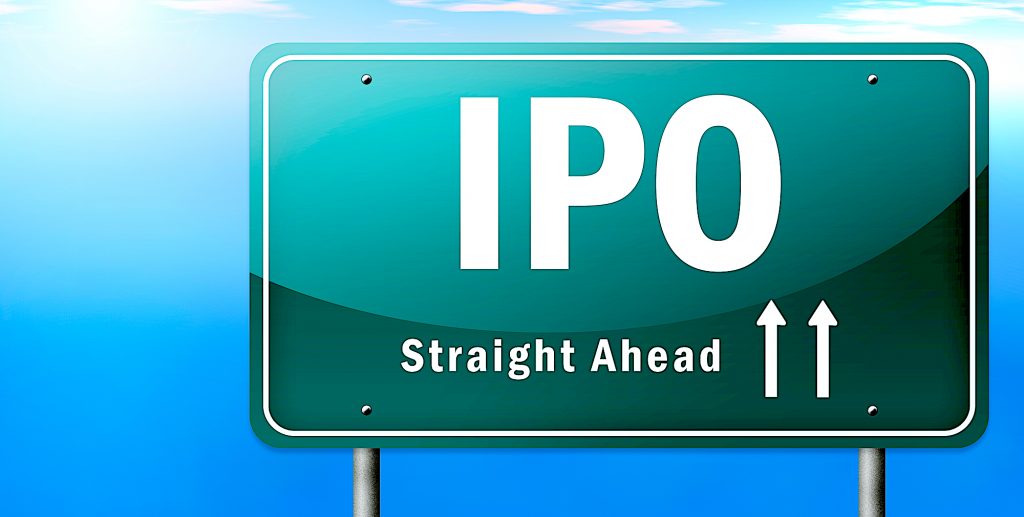 Prior to official IPO process launch

Decision to go public: While the EGC should still evaluate its internal readiness, including industry position and growth prospects, it also has the flexibility to assess investor interest in a contemplated offering of its securities to determine whether it is ready to go public.

Testing the waters: The EGC and its advisors should consider whether to engage in test-the- waters communications with “qualified institutional buyers” or “accredited investors to gauge interest in a contemplated offering of its securities.

Internal controls: Once the decision has been made to prepare for an IPO, the EGC should still take the actions other issuers take: select an appropriate board of directors, prepare audited financials (with a qualified independent registered public accounting firm), and begin establishing internal controls.

Selection of advisors: The EGC should still carefully select its IPO advisors, including the right investment bank and counsel experienced in the industry and types of initial public offerings of the EGC.

Due diligence: The due diligence process for an IPO of an EGC is the same as that for traditional IPOs. Because this process is time-intensive, an EGC should consider its overall readiness to complete an IPO before embarking on the IPO process.

Determine listing venue: The EGC should still determine earlier in the process whether it is eligible to list on the NYSE or other exchange and reserve a ticker symbol.

Testing the waters: The EGC and its advisors should consider whether to engage in test- the-waters communications with “qualified institutional buyers” or “accredited investors” to gauge interest in the contemplated offering of its securities. In addition to helping the EGC gauge investor interest, such communications could provide valuable information and experiences and impact the crafting of the marketing story for the impending roadshow. Most EGCs do engage in “testing the waters” meetings at least once before or during the IPO process. It is important to note that the SEC will require that the EGC provide copies of any materials, such as PowerPoint presentations  displayed or used in these meetings, and therefore these materials should be reviewed carefully, even if the meetings occur months prior to an IPO.

Initial comments on prospectus from SEC: The SEC comment process for confidential submissions takes a similar amount of time as traditional IPOs—with the SEC taking approximately 30 days to review and provide comments to the initial submission. Subsequent rounds of comments can take a range of time depending on the complexity of the issues and additional disclosures included by the EGC. Comment letters and related correspondence for completed IPOs of EGCs are made public within a few months of the effective date of the registration statement.

Discuss offering structure: The EGC and the investment bank should determine if there will be more than sufficient investor demand for the contemplated offering of its securities, so that the EGC can determine whether to make the decision to publicly file the registration statement.

The JOBS Act and FAST Act have helped relieve some of the burdensome requirements smaller companies face in accessing the U.S. capital markets and made going public more attractive by reducing the associated costs and burdens for a period of transition while these companies grow. Many EGCs are benefiting from being able to explore an IPO without incurring as many of the costs, without disclosing confidential information, and avoiding any embarrassment associated with publicly withdrawing the IPO should the EGC do so.