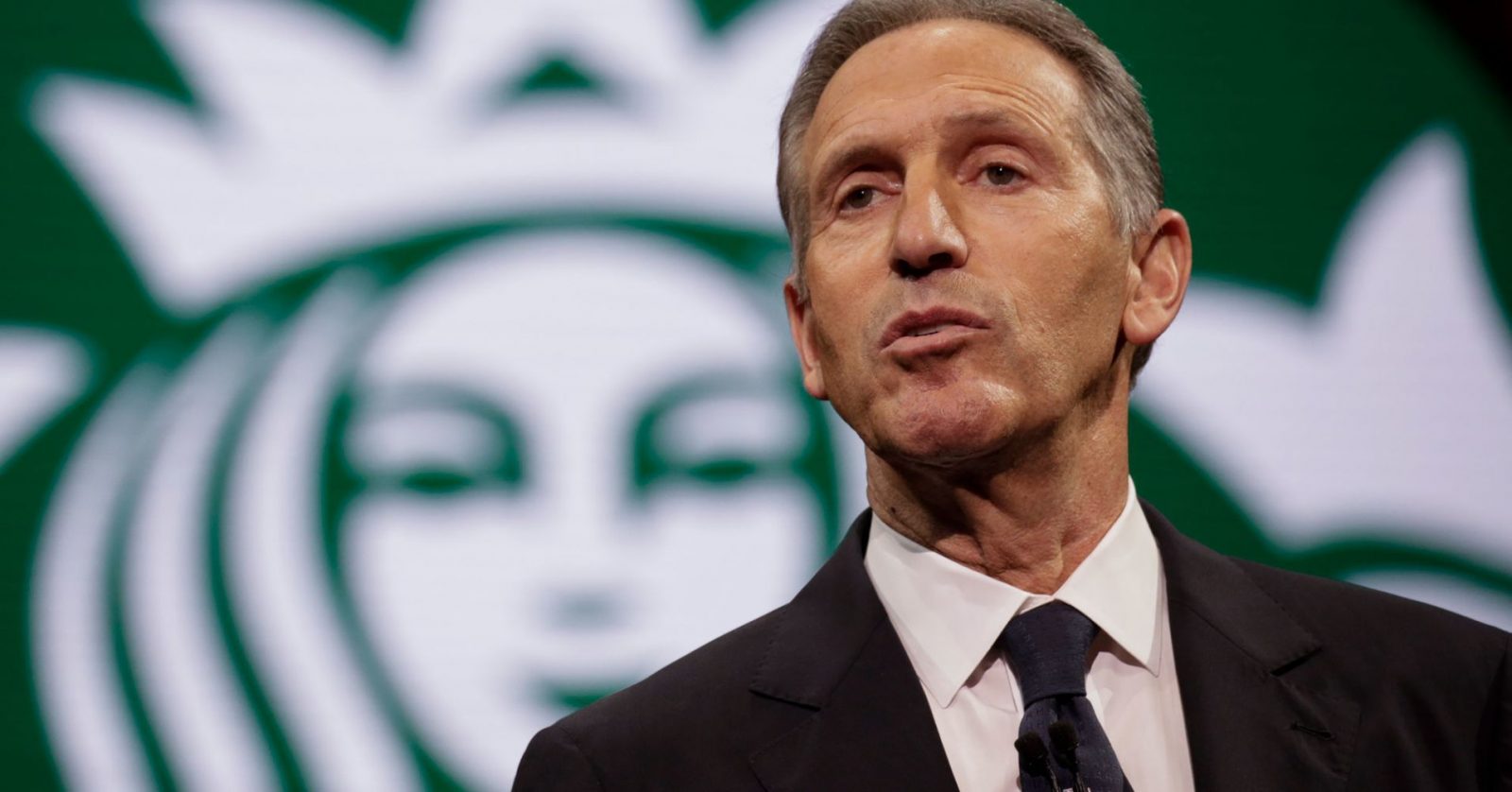 Democrats screamed “spoiler!” when former Starbucks CEO and Chairman Howard Schultz said more than a week ago that he was thinking about running for president as a centrist independent.

While some of these settlements noted by the super PAC did not take place when Schultz was either CEO or chairman, the group is clearly trying to convince voters that under his leadership, Starbucks took advantage of employees. The messaging campaign comes as Democratic leaders and donors have slammed Schultz for even considering running as an independent because, they argue, it will split the vote in 2020 and give President Donald Trump a second term.

“The country deserves to know the truth about Howard Schultz’s real record,” Andrew Bates, a spokesman for American Bridge, told CNBC. “The last thing the American people are hungry for is another arrogant billionaire who takes advantage of anyone he can, just like the man currently sitting in the Oval Office. Schultz can’t win the presidency – all he can do is ensure that Donald Trump stays in the White House for another disastrous 4 years.”

A spokesman for Schultz, Tucker Warren, said the super PAC’s attacks serve as proof for the former coffee CEO’s criticism of the two-party system.

“This attack is a perfect illustration of how broken the system is and how the Washington attack machine has corrupted our politics,” Warren said. “The small group of individuals who fund this effort should spend their energy advancing their ideas, not just tearing people down.”

Meanwhile, a spokesman for Starbucks referred CNBC to a memo sent by current CEO Kevin Johnson to employees last week and highlighted part of the message that emphasizes the company does not take part in political campaigns.

“As a company, we don’t get involved in national political campaigns. And nothing changes for Starbucks,” Johnson said. “As we have for the past 48 years since Starbucks was founded, we will continue to live Our Mission and Values and create a great Starbucks customer experience in each of our stores. … And as Starbucks partners, we have a responsibility to always recognize and respect the diversity of perspectives of all customers and partners on these topics.”

The spokesman also provided an outline of the extensive benefits Starbucks employees receive and their diverse hiring practices.

The PAC’s research lists a suit filed in California Superior Court in 2001, when a Starbucks employee claimed they were not paid sufficient overtime expenses that were owed to them based on state law. In April 2002, Starbucks settled the case and a similar class-action lawsuit for $18 million.

“Given the unique aspects of California wage and hour laws, which differ significantly from federal and other state laws, we believe this settlement was the best solution for all parties involved,” Jennifer O’Connor, Starbucks’s legal counsel at the time of the agreement, said in a press release.

Another settlement the PAC focuses on took place in Massachusetts, where a former barista claimed the coffee chain broke state law by forcing him to share tips with his direct supervisors. The former employee, Hernan Matamoros, and at least three other former baristas, won a settlement of $23.5 million in 2013 after a five-year court battle. The payout, according to the court filing at the time, compensated “all baristas who worked at Starbucks from the beginning of the class period, March 2005, until January 2013.”

Schultz, who said he is no longer a Democrat, sent shockwaves through the Democratic Party when he told CBS’ “60 Minutes,” in an interview aired last week, that he was seriously considering an independent campaign for president in 2020.

Top Democratic donors in New York ripped Schultz for looking to run as an independent and megadonor Haim Saban told CNBC that he believes the former coffee chain executive should run as a Democrat instead. Billionaire and former New York City Mayor Mike Bloomberg, who may run as a Democrat for president in 2020 and in the past has considered an independent bid, appeared to warn his fellow billionaire that an independent run would split the ticket, giving an advantage to Trump. He did not specifically name the former Starbucks executive in his statement.

Still, there are others who argue that Democrats are overplaying their hand with their attacks on Schultz and that it’s too early to say what impact an independent run may have on the 2020 election.

John Weaver, a senior strategist for former Republican Ohio Gov. John Kasich, who also is considering running either as a Republican or independent in 2020, recently told CNBC that people shouldn’t jump to conclusions about Schultz’s potential candidacy.

On a possible independent candidacy, Charlie Black, a senior advisor on Sen. John McCain’s and Kasich’s runs for president, agreed that Schultz would likely take votes away from the Democratic nominee. But he also stressed that it’s too soon to know what impact he will have in the next election.

“Schultz probably pulls more votes from the Democrats, but there are a few upscale Republicans he might attract. Hard to say until he mounts his campaign for a while and there is a Democratic nominee” Black said in an email. “I doubt he can break 10%, even with a good campaign,” he added.

Kellyanne Conway, an advisor to Trump, argued that Democrats are “bullying” Schultz, and that their tactics make them appear “desperate and overdone.”

Read the opposition research file below: