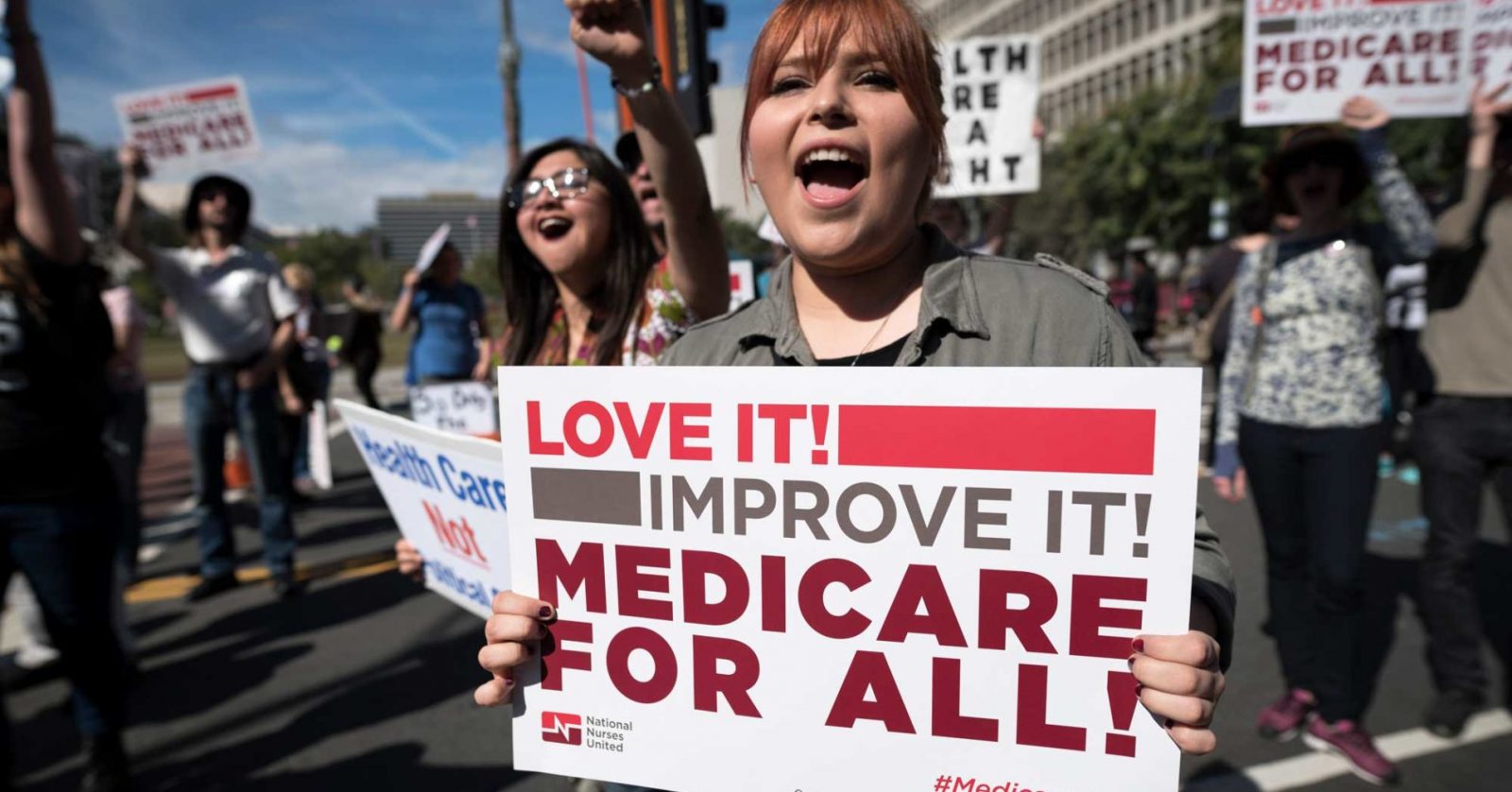 Home » News, Insights & Trends » Business » Medicare for All, or Medicare for More? Here’s where the 2020 hopefuls stand on health care

Even in this early stage of the 2020 race, nearly all of President Donald Trump‘s would-be opponents have staked out their support for expanding health-care coverage.

Kaiser Family Foundation poll from January, for instance, found broad support for expanding the government health insurance program Medicare to include a buy-in option for ages 50 to 64. And an “optional” Medicare for All plan received nearly identical support. But Medicare for All by itself received a much slimmer 56 percent majority, and support sank when respondents were asked if they would oppose that plan even if it required most Americans to pay more in taxes.

No matter how the question is asked, the policy tends to resonate far more with Democrats than Republicans, recent polling shows. That fact doesn’t appear to be lost on Trump, whose messaging in recent weeks has centered much more on what he describes as the evils of socialism than on reforming or improving U.S. health care.

Not all of the candidates have offered fleshed-out visions for health-care reform — some of the politicians expected to run for the White House are still officially in the exploratory phase of their campaigns, and others have only hinted at their presidential ambitions. But with Americans increasingly ranking health care as a top concern, expect the issue to become a central focus of the Democratic primaries on the road to the 2020 election.

Here’s where the 2020 presidential contenders fall on the health-care reform spectrum:

Sen. Bernie Sanders, a Vermont independent and self-described democratic socialist, has been among the foremost proponents in American politics advocating a version of Medicare that applies to everyone.

His proposal does more than greatly expand the pool of Americans eligible for the program — it would widen the types of coverage available, as well as push private insurers out of the Medicare mix in favor of a single-payer model.

Sanders’ radical overhaul has virtually no chance of passing the Republican-controlled Senate. And critics claim that a single-payer model could blow up the federal budget by trillions of dollars. A July study by George Mason University’s Mercatus Center, for instance, estimated that Sanders’ bill would add more than $32 trillion in government spending over 10 years.

Still, it has been endorsed by other Democrats who have launched presidential bids.

New York Sen. Kirsten Gillibrand, who co-sponsored Sanders’ 2017 Medicare for All bill, has said she supports single-payer. Massachusetts Sen. Elizabeth Warren, who announced her campaign on Feb. 9, also endorsed the bill from Sanders.

Another co-sponsor and 2020 candidate, Sen. Kamala Harris of California, has signaled since announcing her bid that she wants to end private health insurance.

“The idea is that everyone gets access to medical care, and you don’t have to go through the process of going through an insurance company, having them give you approval, going through the paperwork, all of the delay that may require,” Harris said in a CNN town hall event last month.

Other Democratic presidential hopefuls, including former San Antonio Mayor Julian Castro and Hawaii Rep. Tulsi Gabbard, have also come out in support of Medicare for All.

Other candidates say the realities of politics and government spending require a less extreme approach to increasing health-care access.

Sen. Cory Booker, D-N.J., was quick to differentiate his views on Medicare expansion from Sanders’ bill after joining the presidential race in February.

Asked about his health-care views in Manchester, New Hampshire, on Sunday, Booker reportedly said: “My firm belief is that we need to get to a system where everyone has access — that’s why I signed onto the Medicare-for-all bill … but I’m not going to be one of these presidential candidates that’s not going to tell you the hard truth.”

Sen. Sherrod Brown, D-Ohio, who is considering a presidential run, recently called for lowering the eligibility age of Medicare to 50 and allowing Americans to voluntarily buy in to the program.

Medicare for All “will take a while,” Brown said on CNN on Sunday, and “I want to help people now.”

Minnesota Sen. Amy Klobuchar, considered a moderate among the growing list of Democratic candidates, took a similar stance in a recent town hall.

Single-payer health care “could be a possibility in the future,” but “I’m just looking at something that will work now,” Klobuchar said.

South Bend, Indiana, Mayor Pete Buttigieg has also launched a 2020 exploratory committee, and offers yet another route to reforming health care: a Medicare for All-type proposal that keeps private health insurance providers in the equation.

One of the most detailed proposals yet has come from the first Democrat to wade into the 2020 race: former Rep. John Delaney of Delaware.

In an interview with CNBC’s John Harwood, Delaney said he wanted to keep the Medicare eligibility age as is but nix the employer-provided health-care tax deduction and create a new government program for Americans under 65. People would be able to supplement their health-care benefits by purchasing additional coverage, he said.

'The era of economic surrender is over,' says Mike Pence on trade with China
China rejects Trump's request to investigate Joe Biden, report says
Cramer: Uber's IPO and tariffs could be a 'one-two punch' Friday — sell ahead of time
This tax savings strategy for massive IRAs could be on the way out
Category: Business
Tags: Business News, Business Updates