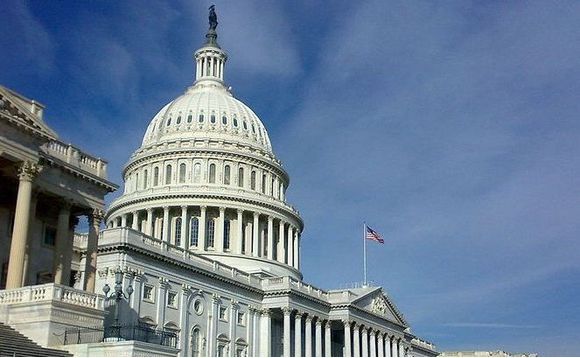 The Green New Deal may spark renewed focus on climate policy, but is unlikely to win approval from Republicans in Congress – or the President

Leading Democrats Alexandria Ocasio-Cortez and Ed Markey have today released further details of their sweeping Green New Deal, publishing a broad outline for pioneering legislation that would aim to make the US a net zero emission economy within just 10 years.

Modelled on former US President Franklin D. Roosevelt’s New Deal package, which revived the US economy after the Great Depression in the 1930s, the Green New Deal outline marks the first formal attempt to deliver a huge programme of federal spending in support of low carbon infrastructure.

The document argues the US has a historical responsibility to lead the way on global emissions reduction, given its role as the world’s largest emitter of greenhouse gases since the Industrial Revolution.

Ultimately, the plan aims to use the federal government’s financial muscle to spark massive investments in renewable energy and low-carbon technologies, in a bid to deliver a net zero emissions economy by 2030. It is also designed to create millions of green jobs and deliver wider environmental, social and economic benefits.

To get there, Representative Ocasio-Cortez and Senator Markey envision the use of “10 year mobilisation plans” to cut emissions across every sector of the US economy, including a “massive mobilisation of all our resources” into renewable energy.

The strategy would aim to engineer a phase out of all fossil fuels and the winding down of nuclear power, the outline confirms.

The programme would be paid for by extending Federal Reserve credit, alongside the government taking equity stakes in some projects.

The federal government is best placed to take the lead on such a programme, the politicians argue, given its huge access to credit and ability to move swiftly to deliver large-scale initiatives.

However, the plan is also designed to deliver a major shot in the arm for US green industries, sparking a rapid expansion of low-carbon economic activity from smart technology firms, green energy developers, and electric vehicle manufacturers, to name just a few.

In an FAQs document released alongside the outline, Ocasio-Cortez and Markey stressed the economic benefits the Green New Deal would yield.

Ocasio-Cortez, a rising star in the Democratic party, has pushed climate action up the party’s agenda in her first few weeks as member of the House of Representatives. Many experts expect the topic to become a key battleground in the 2020 Presidential elections, particularly in light of recent polls suggesting a surge in public concern over the issue.

The new plan was immediately welcomed by a host of environmental campaigners and Democrat politicians.

“The Green New Deal resolution marks the beginning of a crucial dialogue on climate legislation in the US,” said former US Vice President and climate campaigner Al Gore. “Mother Nature has awakened so many Americans to the urgent threat of the climate crisis, and this proposal responds to the growing concern and demand for action.”

The resolution is being co-sponsored by 60 members of Congress and nine senators. But despite the high levels media interest the legislation is likely to be immediately rejected by Republicans in Congress.

However, there is widespread hope among environmental campaigners and green business groups that the document could push Democratic candidates in the 2020 Presidential race to centre their campaigns around specific climate policy pledges that could be translated into binding legislation or executive orders should they make it to the White House.

“The goals are ambitious and comprehensive – now the work begins to decide the best ways to achieve them, with specific policy solutions tied to timelines,” Gore added. “Policymakers and Presidential candidates would be wise to embrace a Green New Deal and commit to the hard work of seeing it through.”

Ocasio-Cortez said today she plans to start work immediately on legislation to flesh out the detailed goals of the Green New Deal.