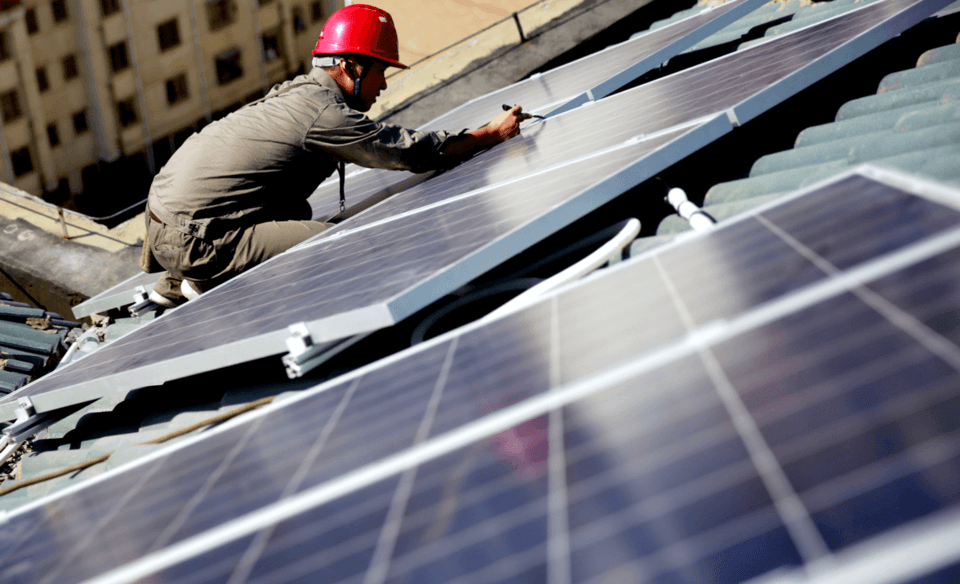 The year 2018 was challenging for the global energy transition and carbon reduction. Global carbon emissions were projected to rise more than 2 percent in 2018, mainly due to solid growth in coal consumption and sustained increases in oil and gas use. Even so, countries around the world, including China, are pushing to reduce carbon emissions and mitigate climate change.

At the same time, China kept on steadily promoting the integration of renewable energy and reducing curtailment. In 2018, China’s national average curtailment rate was 7.2 percent for wind power and 3 percent for solar power, down from the 2107 averages of 12.1 and 5.8 percent, respectively.

In December, the National Development and Reform Commission (NDRC) and the National Energy Administration (NEA) jointly issued “Clean Energy Consumption Action Plan (2018–2020),” which states a goal of a national average use rate of wind power of at least 88 percent in 2018, 90 percent in 2019, and an international advanced level in 2020; and a goal for the use rate of solar power higher than 95 percent.

In addition, the NEA released for comment three drafts of “Renewable Portfolio Standard (RPS) and Assessment Methods,” to increase the integration of renewable energy across the country by market mechanisms, promote a cleaner grid and reduce carbon emissions from the power system. Under the RPS policy, a wider range of obligated parties — including grid companies that directly supply electricity to users, local utility companies, retailers with distribution assets, independent retail companies without distribution assets, buyers who participate in direct power purchase transactions and buyers who have captive generations — will be responsible for their corresponding renewable energy power quotas. The implementation of the RPS policy will help ease the pressure of government subsidies, allocate renewable energy quotas by market means and promote the healthy development of the whole industry.

The RPS policy also will enable power generation enterprises to participate in more market-oriented renewable energy transactions and effectively reduce curtailment. For enterprise users, more renewable procurement opportunities and mechanisms will be available to promote development of renewable energy and help them achieve their own sustainability goals. Once the draft RPS policy is implemented and quotas are distributed among provinces, provinces will have more incentive and pressure to integrate more renewable energy.

But it remains to be seen how provinces will implement the policy. It is foreseeable that leading provinces soon will clarify transaction details, enabling more opportunities to develop market mechanisms to consume renewables that greatly will help provinces reduce curtailment and promote the healthy and sustainable development of the renewable energy market.

The CO2 emissions of the power sector account for about 40 percent of total national emissions. Studies show that the introduction of a power market in China significantly can improve dispatch, increase operational efficiency of the power system and reduce carbon emissions by an estimated 8 percent. China launched a new round of power market reforms in 2015. The NDRC and the NEA issued a notice specifying the first eight pilot regions of the power spot market in 2017.

Studies show that the introduction of a power market in China can improve dispatch, increase operational efficiency of the power system and reduce carbon emissions by 8 percent.

According to the development plans of power spot markets already announced, several provinces have realized the significance of the design of the power market transition pathway and have taken staged approaches to construct their power spot markets.

China’s first ban on the sale of fossil-fuel vehicles

Although government subsidies of new energy automobiles continued to decline, their sales exceeded 1 million for the first time — increasing by nearly 30 percent over 2017 sales. This happened thanks to proactive measures by auto manufacturers to respond to the “dual credit” policy implemented in 2019 and consumers’ increasing awareness of environmental protection.

At the same time, fossil-fuel vehicle sales in China fell for the first time.

With steady development of the market and improvement of the industry, local governments actively launched supporting policies through effectively combining international best practices and big data analysis capabilities brought by advanced information technology. They also began to work on the timeline for a ban on the sale of fossil-fuel vehicles to support further development of the new energy vehicle market. In April, the governor of Hainan province announced a goal of 100 percent new energy vehicles across the island by 2030.

The governmental fleet initially will be electrified, followed by public vehicles, including buses, taxis and street sweepers, and finally by private vehicles. The following week, the State Council unveiled “Guidelines on Supporting Hainan to Deepen Reform and Opening Up,” which stated that Hainan will accelerate the promotion of new energy vehicles and energy-saving and environment-friendly vehicles, and gradually ban the sale of fossil-fueled vehicles.

“Regulations on Prevention and Control of Air Pollution in Hainan Province,” issued in January, stated that the Hainan provincial government and local governments of cities and counties as well as autonomous counties should take measures to reduce pollutant emissions from motor vehicles and vessels, gradually ban the sale of fossil-fuel vehicles and accelerate the construction of supporting infrastructure such as chargers and shore power infrastructure.

Hainan is the first province in China to propose a ban on the sale of fossil-fuel vehicles, which will undoubtedly become an example for other provinces. It is expected that other provinces successively will announce their respective timelines of similar bans.

A future blog post will highlight China’s efforts and progress in the building and industry sectors.