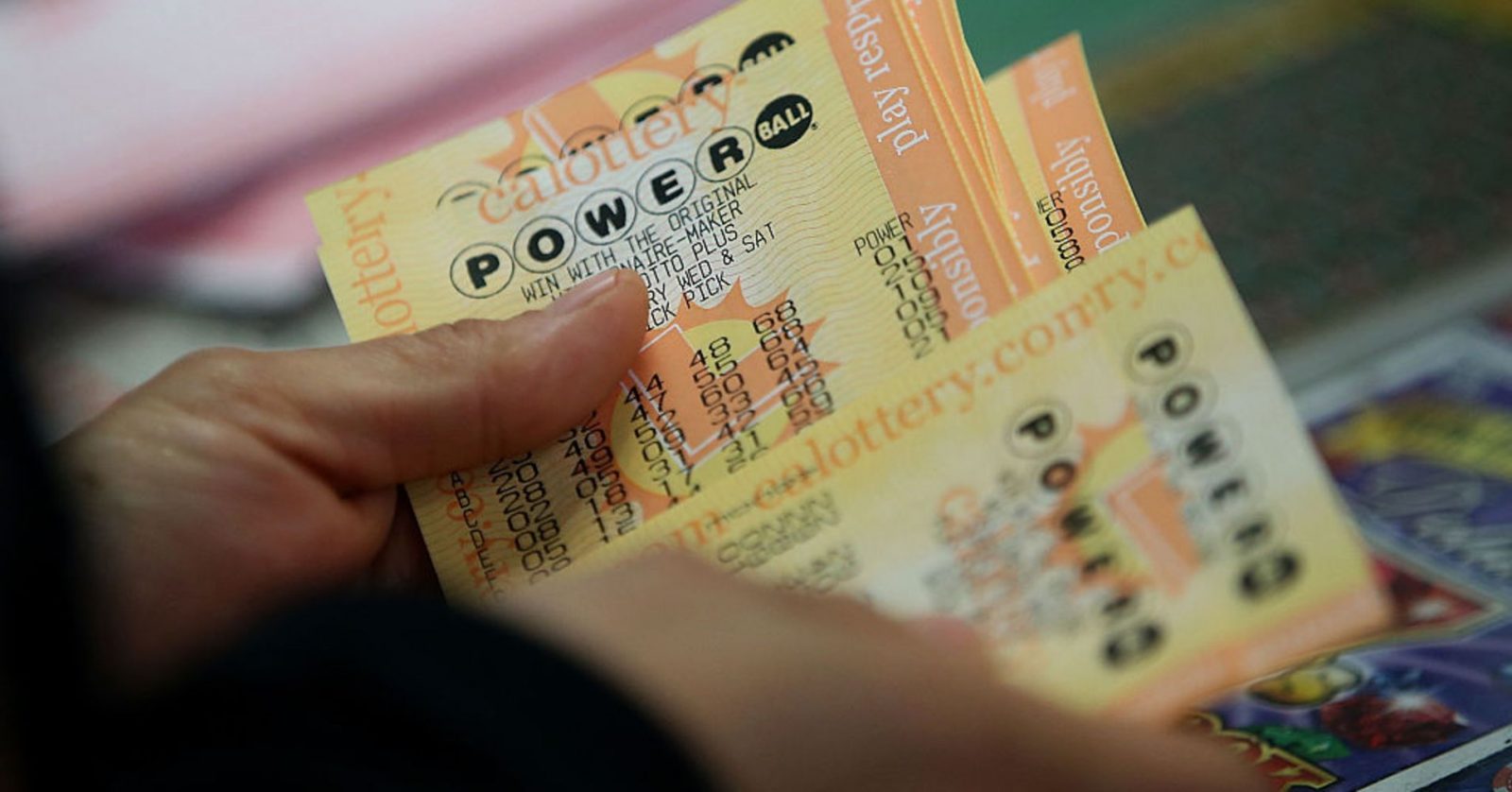 The Powerball jackpot kept climbing for months, and the lottery finally handed out one of the biggest jackpots in US history on Wednesday.

whopping $768 million for the March 27 drawing, and one winning ticket was sold in Wisconsin. The pot had been growing since the last time someone bought a winning Powerball ticket in December 2018.

The $768 million jackpot is now the third-largest US lottery prize in history. But, that jackpot is still about half the size of the all-time record for a US lottery drawing, which came in January 2016. That Powerball drawing awarded $1.59 billion, while a close runner-up was the $1.54 billion Mega Millions prize handed out in October.

The odds of winning the top Powerball prize this week were roughly one in 292.2 million, according to Powerball.

Lottery winners choose between receiving their winnings in an annuity — with payments over 30 years — or the more popular option, a single lump sum payment in a smaller amount (that’s the option Kevin O’Leary says you should choose). The lump sum on Wednesday’s Powerball drawing is $477 million.

Here is a look at the top lottery prizes ever won (so far).

The winners — John and Lisa Robinson in Tennessee, Maureen Smith and David Kaltschmidt in Florida and Marvin and Mae Acosta in California — split the full prize, giving them the option of roughly $533 million before taxes as an annuity or $327.8 million as the lump-sum payment.

The Robinsons’ winning ticket was one of four they bought at a grocery store, they told NBC’s TODAY show. They opted to take the lump sum. “We’re not guaranteed tomorrow,” says John.

Florida-based Smith and Kaltschmidt also picked the lump sum. At the time they planned to get massages, upgrade their truck and retire with the newfound wealth, according to NBC.

The Acostas remained anonymous for months after winning, but released a statement saying they were thankful for the “rare gift that has been placed in our care.”

The winner of last year’s huge drawing took their time to come forward. The anonymous winner (South Carolina is one of a handful of states that allows lottery winners to claim their prize anonymously) finally claimed their winnings earlier this month, a little more than a month ahead of the April 19 deadline to come forward.

What we do know is that the winner chose the cash option for their prize, which resulted in a one-time payment of almost $878 million. While it’s not the largest-ever jackpot, that number does represent the biggest payout to a single lottery winner in US history.

Based on the expected tax bill, the total haul from that jackpot will be about $491.7 million, after both federal and state taxes (a 7 percent income tax in South Carolina, plus the 37 percent federal rate), while other taxes may also apply.

The winner of Wednesday night’s big Powerball drawing has not yet come forward to claim their prize, but the winning ticket was sold in New Berlin, Wisconsin, a small city located in the suburbs of Milwaukee. Wisconsin is not one of the US states that allows lottery winners to remain anonymous, so the winner will have to come forward within 180 days to publicly claim their prize under state law.

Mavis L. Wanczyk of Chicopee, Massachusetts, claimed the winning ticket for the $758.7 million Powerball jackpot in August of 2017, taking $480.5 million before taxes as the lump sum payment. One of the first things Wanczyk did after winning was to tell her employer, Mercy Medical Center, that she was quitting after working there for 32 years.

“I’ve called them and told them I will not be coming back,” she told NBC.

Another big winner in 2018 came less than a week after the $1.54 billion Mega Millions jackpot. This one was less than half the size of its predecessor, but it still represented a major windfall for a pair of winners in Iowa and New York in October 2018.

In Iowa, the winner was a 51-year-old grandmother named Lerynne West who chose a lump-sum payment of roughly $198 million. West, who nearly lost her winning ticket, later appeared on TV with Ellen DeGeneres and announced that she would donate $500,000 to the veterans non-profit The Travis Mills Foundation.

The winner from New York was Robert Bailey, a 67-year-old retired postal worker who bought his winning ticket in Harlem using the same combination of lottery numbers he said he’d played every week for roughly 25 years. He also took the lump-sum payment.

This is an updated version of a
previously published article

Don’t miss:
Winning the $1 billion Mega Millions jackpot won’t make you happier, but it will make you more satisfied

Cramer Remix: If you can handle the allegations, these companies could be profitable long-term plays
Apple CEO Tim Cook says he's taking on climate change and needs backup
Facebook says the FTC is probing it over antitrust concerns
Watch: Trump announces the establishment of US Space Command at the White House
Category: Business
Tags: Business News, Business Updates