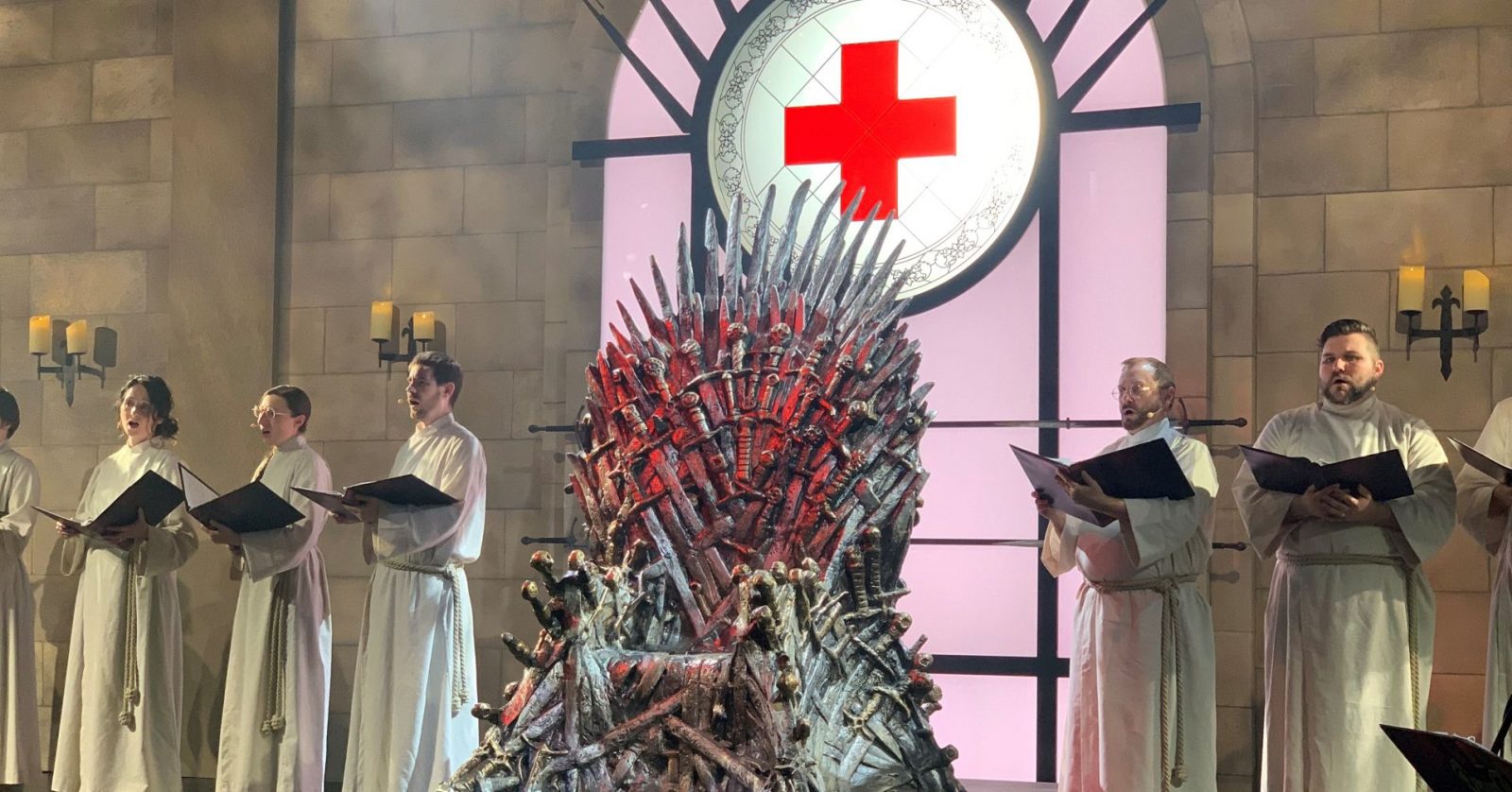 Just steps from a crush of scooters and throngs of tech hipsters munching on food truck fusion tacos, HBO has created another universe.

This was the the most detailed and immersive of the many “activations” — or interactive brand experiences– we saw at this year’s SXSW. Every March, brands across entertainment and social media come to Austin to reach influencers who are increasingly resistant to traditional advertising. Companies spend millions in total, with the price tags of these experiences seeming to shoot higher every ear as they get bigger and more elaborate, with more food, alcohol and swag for fans.

Last year, HBO made headlines for its creation of a slice of “Westworld” just outside town. This year, the company tried to top itself with an experience that reached HBO about 3,000 visitors over the course of three days in Austin.

In addition to reminding visitors about the final season of “Game of Thrones” coming in April, HBO has teamed up with the Red Cross to kick off a nationwide blood drive, which it’s calling “Bleed for the Throne.” A giant stained-glass red cross looms over the “Iron Throne,” which was shipped in for this occasion.

Those who donate get a limited edition branded t-shirt — splattered with blood, of course — and a trip to the show’s season premiere in New York City.

HBO went to great lengths to make the experience feel authentic up until you step into a room full of Red Cross nurses with sterilized needles for blood donations. Some 80 actors were outfitted in costumes shipped in from the show’s sets in Belfast, Ireland. They don’t break character, sticking to a roughly 100 page script created for them, and they even worked with a dialect coach.

“We get the question all the time, how do you measure this,” says HBO’s director of program Marketing Steven Cardwell of the experience he spent six months working on. “For something like ‘Game of Thrones,’ we don’t have an awareness issue – what we do have is a global blood shortage and the idea is its really not about impressions as a performance indicator, it’s about lives saved.”

Cardwell says the Red Cross partnership is working: “We are seeing fans dress up in their favorite costumes or as their favorite characters coming into the drive to donate,” says HBO’s Cardwell. We are seeing a lot of first time donors, we red cross saw a 40% up lift in new donors and that’s really the goal because it’s a lifetime value proposition for these people. They can come back again and again and again and even though this only happened for three days, there’s a lifetime impact.”

HBO, which is now owned by AT&T, was joined by all its rivals for subscribers in the battle for attention.

Netflix hosed a 1930s speakeasy-style bar, with poker, live music and a game to encourage visitors to take and share photos and compete to win prizes.

To promote its Prime Original “Good Omens,” Amazon took over a city block with a “land of earthly delights”, featuring beer and wine, sushi, free manicures and even puppies. The space was designed with plenty of Instagram-friendly experiences, plus Snap filters branded with the show’s logo, to spread the word via social media.

“We need to do something that the customers will talk and will use social media, utilize social PR to help spread the word and extend our marketing just beyond traditional advertising,” says Mike Benson, Amazon Prime Video Head of Marketing. “Creating a unique experience here at SXSW is important because its become such an influential audience that is vocal not just here in Austin but all over the world.”

Benson says the investment here is worth it, although — like all the companies CNBC interviewed — he declined to say how much the company spent.

For Amazon it’s not just about promoting this particular show, but the fact that an Amazon Prime subscription also includes content. “When you are a member of Prime, most people think of that as being a shipping benefit or other things like cloud storage or photography,” says Benson.

“The programs and the original content that we are started to put on Prime Video is relatively new, and so the more that we can do to tell people that what we’ve got, it starts to add value. So we’ve seen significant return on investment with our marketing dollars that we put into the marketplace because we see that people either sign up for Prime or they maintain their Prime membership because they are watching the content we have and they are watching a lot of it.”

Vice, which created a roller rink with a DJ in the heart of downtown Austin, also says that its investment is worth it.

“I think it absolutely pays off, we have people still talking about our event from last year and whether that’s directly a straight line with either ratings tomorrow or revenue, we know it pays off people because people talk about it,” says Megan Kirsch, Viceland SVP of Marketing & Creative.

The key to making an investment in a SXSW marketing experience pay off, seems to be making it feel authentic and true to the brand, and making the message so striking and easy to share, that it can be easy to communicate on social media. “More and more people are so savvy, they are their own marketers,” says Vice’s Kirsch.

“For Vice bringing an experience for people to come together and have a good time with the brand, I think it’s really valuable even though you’re not hitting tons of people at once, you’re connecting in a way that’s memorable and they are going to be talking about it.”