Whether they’re off to a power lunch or sporting sweats for “Athleisure Day,” the company’s team gets work done.

This story appears in the
March 2019

In 2012, Dollar Shave Club became a viral sensation seemingly overnight, thanks to its debut advertisement: a goofy, sharp-witted video starring CEO Michael Dubin that crashed the brand’s website and has since amassed more than 25 million views on YouTube. Seven years later, that irreverent voice still guides the men’s grooming company, which was acquired by Unilever in 2016 for a reported $1 billion. At the sunny Marina Del Rey, Calif., headquarters, team members host casual barbecues on the office patio and sometimes wander the open floors in sweat suits to celebrate “athleisure day.” Instead of motivational posters as decor, a neon sign at the coffee bar playfully reminds staffers to get back to work. And they’re happy to.

Related: Bumble’s Austin Headquarters Is All About Good Vibes

“Some days I’m here in sandals and socks, sweatpants, and a hoodie because we decided it was athleisure day. Making sure that our employees feel comfortable is kind of top priority. It’s when you get the best work out of people.”

“When I came to Dollar Shave Club, the most interesting part was the cultural diversity I saw here. We come from many different cultures, but at the end of the day, we all work toward a unified goal. It was a refreshing and pleasant surprise.”

“We’re a very data-­driven company. We enjoy working with Michael [Dubin] and the executive team to provide data and insights to inform decision-­making. Data has the ability to help steer the conversation.”

“I’m on a DSC softball team, and I’m also part of DSC Cares, which is our group that volunteers in the local community. There are endless opportunities and ways to get involved.”

“The struggle with a growing company is that you tend to see a divide between teams as there are more and more people to wrangle. But I’ve been really impressed by how our CEO is still able to be really close to the work we do. I love that aspect of working here — that we get to interact with the big guns.”

“The most challenging part of my job is probably keeping up with the tides. We’re a really agile company, and we tend to look back at our wins and our losses and adjust from there. I’m in a position to effect change on that front, so I’ve got to keep my finger on the pulse.”

Related: Anheuser-Busch’s New York Office is Home to the Workplace Brewery of Your Dreams

“We have something called power lunches. There’s a Slack algorithm that pairs you up with someone you don’t know, and the company foots the bill for the two of you to go to lunch together. It does more than just help you meet someone new, though — you discover ways you can help each other at work.”

“The office is open and airy, with lots of natural light. It gives you a feeling of being awake and alive when you come in. It makes you gung-ho about getting down to work. And because we’re all in the same space, it’s always easy to pull people aside and have a conversation. You don’t need a meeting room.”

“Creativity is held in such high regard. I came from the agency world, and I love that I’m no longer limited to using my creativity on just advertising. I can inject it into solving real business problems. And there’s nothing more satisfying.” 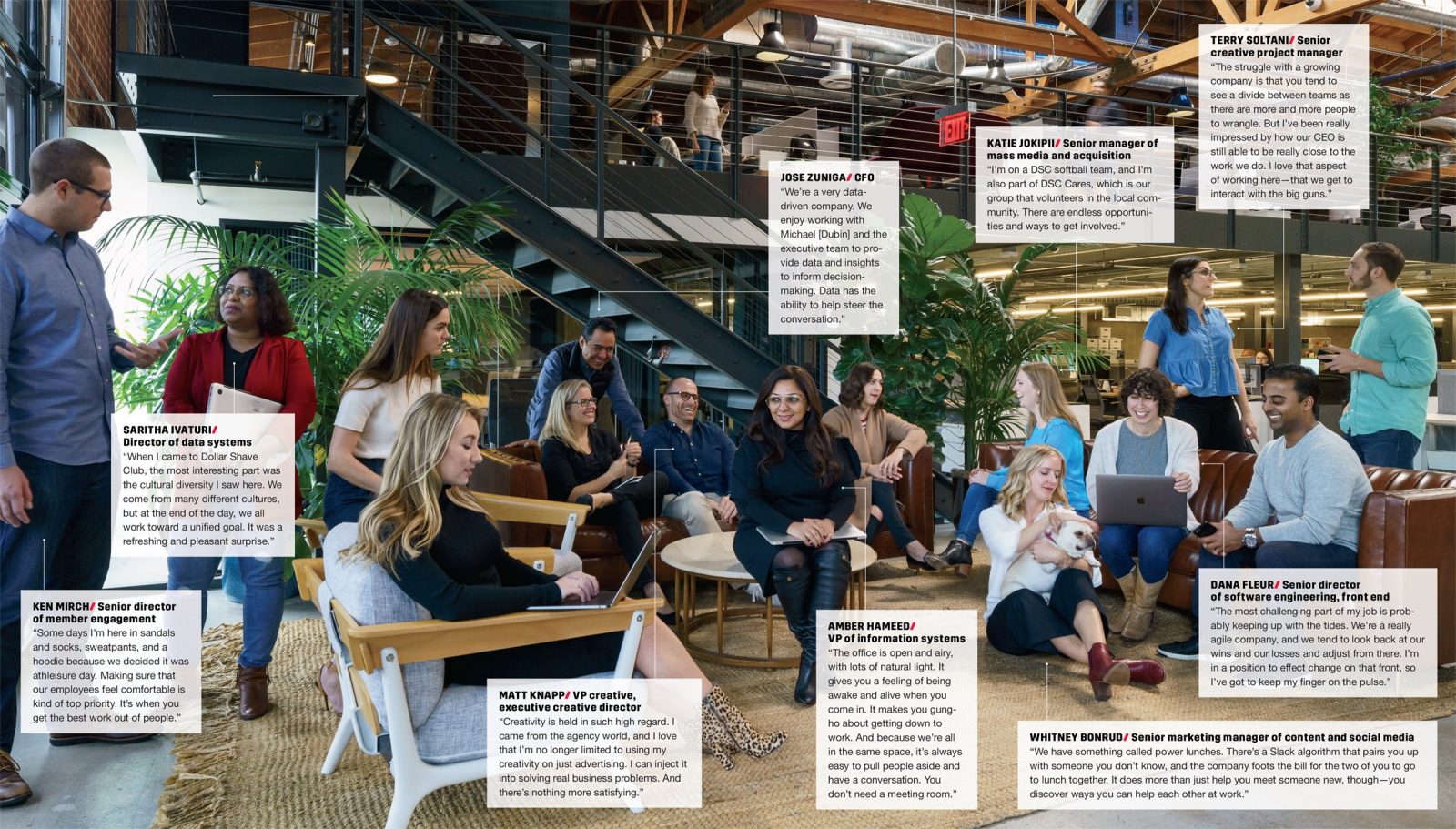 Rise and Thrive With Tiffany Cruikshank, the Founder of Yoga Medicine
Finding a Good Mentor Comes Down to Overcoming This One Issue
Popeyes Just Announced That the Chicken Sandwich War Is On Again (Wendy's and Chick-fil-A Should Be ...
How to Build and Leverage Relationships With Successful People
Category: Entrepreneurship
Tags: Entrepreneur, insights, startups