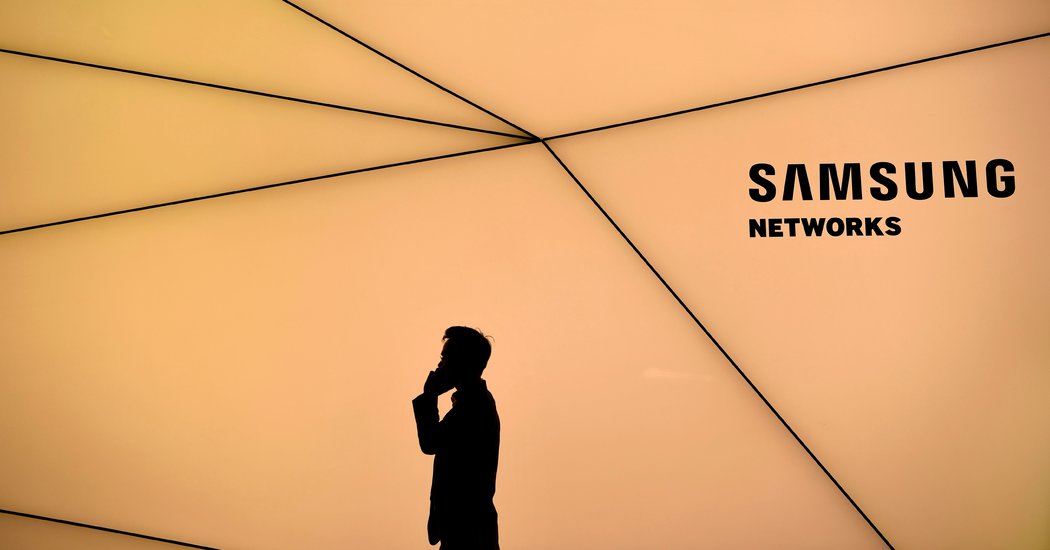 Samsung Electronics warned on Tuesday that it would report disappointing financial results thanks to slumping prices for chips and LCD screens, in another sign of slowing demand for smartphones and other gadgets.

The South Korean electronics giant said it was anticipating a “widening price fall among major products” for the first three months of the year amid “weakening overall demand” for its products. The disclosure was unusual for Samsung, which typically offers a forecast of its financial performance shortly after the end of its quarterly period.

The announcement from one of the workhorses of the consumer electronics industry is the latest indication of waning global demand for sophisticated tech products. It comes against the backdrop of a 7 percent decline in smartphone shipments globally during the fourth quarter of 2018, the fifth quarterly decline, according to an analysis by the Hong Kong-based research firm Counterpoint.

The change, in part, comes as consumers hold on to their smartphones longer, unconvinced of the need to upgrade to new models that offer only incremental technological improvements.

But Samsung’s announcement also points to a broader global trend as China’s economic engine has decelerated. Europe has shown signs of slowing as well. In the United States, where the economy has expanded for nearly a decade, signs point to a rising risk of recession. Consumers feeling pinched generally hold off on buying new gadgets.

The deceleration has been particularly hard for companies like Apple that have looked to China’s growing middle class for future revenue growth. The company saw its total sales in the region that includes China plummet 25 percent in the fourth quarter of last year, to $13.17 billion.

While Samsung is the world’s largest seller of smartphones — best known for its Galaxy series — the semiconductor business accounts for the bulk of its profit.

Both Samsung and Apple have seen increasingly stiff competition from domestic manufacturers in China, where companies like Huawei and Xiaomi have drawn consumers away from foreign brands with inexpensive, feature-rich phones. Beijing’s industrial policies have also encouraged local manufacturers to expand chip production, which China has identified as a critically important part of its economic strategy.

The policy, along with waning demand, has led to growing stockpiles of chips in other countries throughout the region. Manufacturers in Japan have also reported that warehouses are filling up, as manufacturing capacity has far outstripped anticipated Chinese demand.

In its statement Tuesday, Samsung said it would seek to boost competitiveness by offering more technologically sophisticated products, indicating it would seek to counter the flood of Chinese components into global markets with higher-quality offerings.