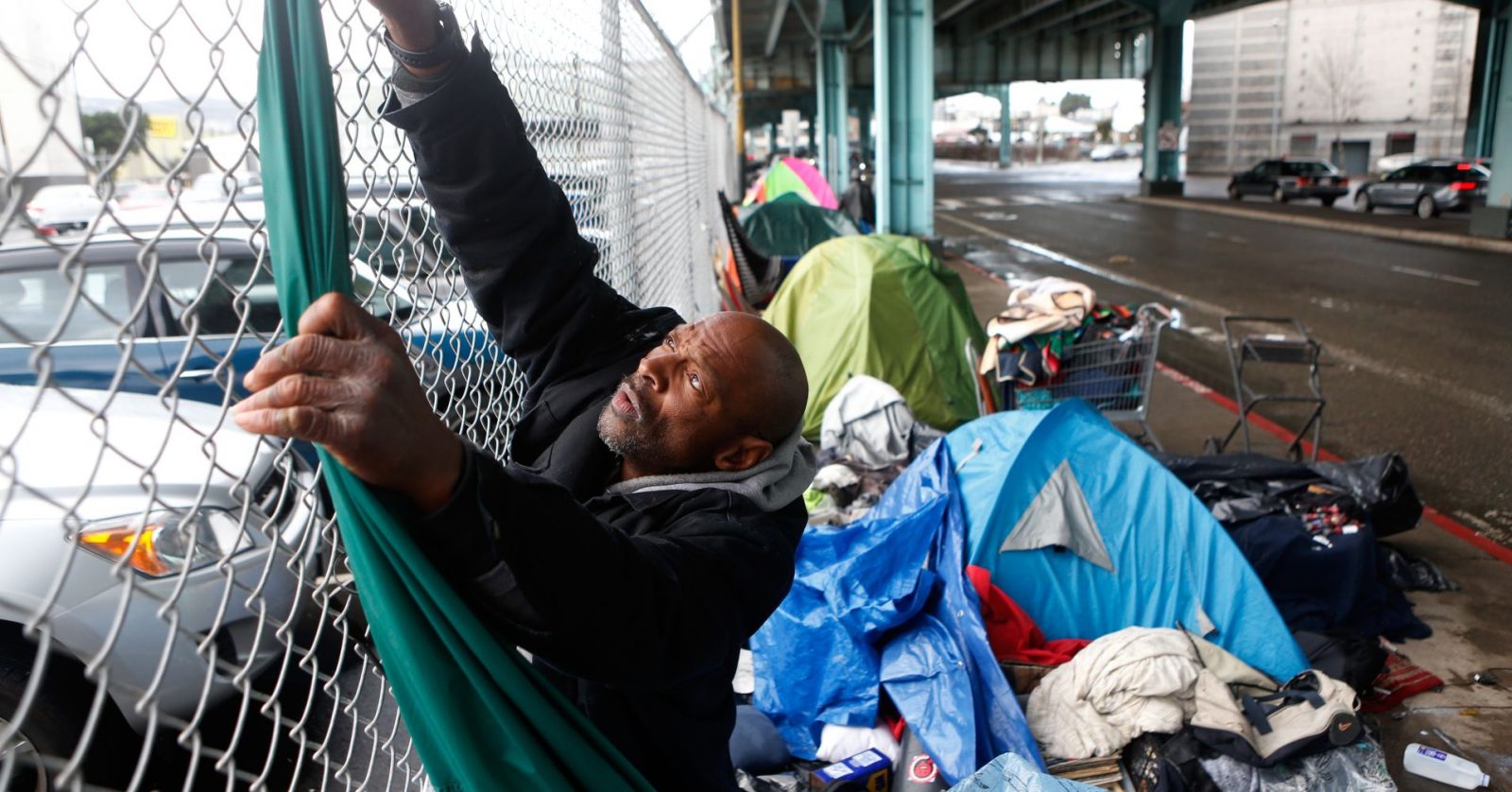 The estimated cost to end homelessness in the San Francisco Bay Area is $12.7 billion and additional billions annually to fund ongoing services to the needy, according to a report released Wednesday.

California’s nine-county Bay Area — from Sonoma in the north to Santa Clara in the south — has roughly 28,200 people experiencing homelessness, ranking it third nationally after New York and Los Angeles, respectively, according to the report. It estimated the average per unit cost of housing each homeless person in the Bay Area region at $450,000 but also noted that housing costs in San Francisco are more than $700,000 per unit when land is factored in.

Using the $450,000 per unit cost of Bay Area housing, the report estimates it would cost $12.7 billion “to end homelessness under current methods of building and providing services.” It also said providing services at about $25,000 per person annually to half of the region’s homeless population over 10 years would require another $3.5 billion.

“The real issue is there’s not enough affordable housing,” said Nan Roman, president and CEO of the National Alliance to End Homelessness, a Washington, D.C.-based advocacy group. “And rents for modest apartments have increased much faster than low-income people’s incomes have gone up.”

A Zillow Research study released in December that found when people spend more than 32% of their income on housing costs there’s “a more rapid increase in homelessness.” In sky-high-rent areas such as San Francisco, the median is 39% and sections of Silicon Valley over 35%.

“Even the affordable, subsidized housing that does exist in the region is often inaccessible to many who need and qualify for it,” said the Bay Area Council’s report. “A tight rental market also means that landlords can be more selective in choosing their tenants, so that even with a [federal] voucher in hand, many will not be able to find a landlord willing to rent to them on the private market.”

According to the report, the Bay Area needs to do more to grow its overall housing supply for extremely low-income households and to enhance diversion programs that prevent homelessness.

“Despite a growing economy and low unemployment, homelessness in the Bay Area grew at an annualized average of 2% between 2011 and 2017,” the report said. “The growth of homelessness during an economic expansion is attributable to the region’s inability to build homes at a rate appropriate for its job and population growth.”

Wednesday’s report said permanent housing units, though, can be built for as low as $100,000 per unit but when the region’s land costs are factored in costs soar. At the same time, it estimated the costs of shelter and transitional housing sites at below $40,000 per bed per year.

Overall, California has nearly 130,000 people experiencing homelessness, or 24% of the nation’s total homeless population, according to U.S. government estimates. New York follows with about 92,000 homeless individuals and then Florida with just over 31,000.

A report by the state’s nonpartisan Legislative Analyst’s Office in 2016 concluded it “would require an annual funding commitment in the low tens of billions of dollars” to extend housing assistance to those low-income Californians who don’t receive such assistance.

The Bay Area group’s report comes as California Gov. Gavin Newsom is facing pressure from mayors to increase state funding for homeless programs. As a supervisor in San Francisco more than a decade ago, Newsom championed an initiative called “Care Not Cash” designed to curb homelessness by slashing welfare payments to the city’s homeless and instead favoring housing and other social services.

The Democratic governor proposed $500 million in his 2019-20 state budget to encourage local governments to build emergency shelters and support facilities for people facing homelessness. He also is seeking $25 million to assist homeless disabled individuals in applying for disability payments.

“We haven’t been doing enough to support cities,” Newsom told reporters last month after meeting with a group of mayors on the homelessness crisis. “The budget just changed. This was an important meeting. I did not just listen, I took notes and I’m taking direction. And it’s not just about more money, it’s about reprioritizing some of those investments.”