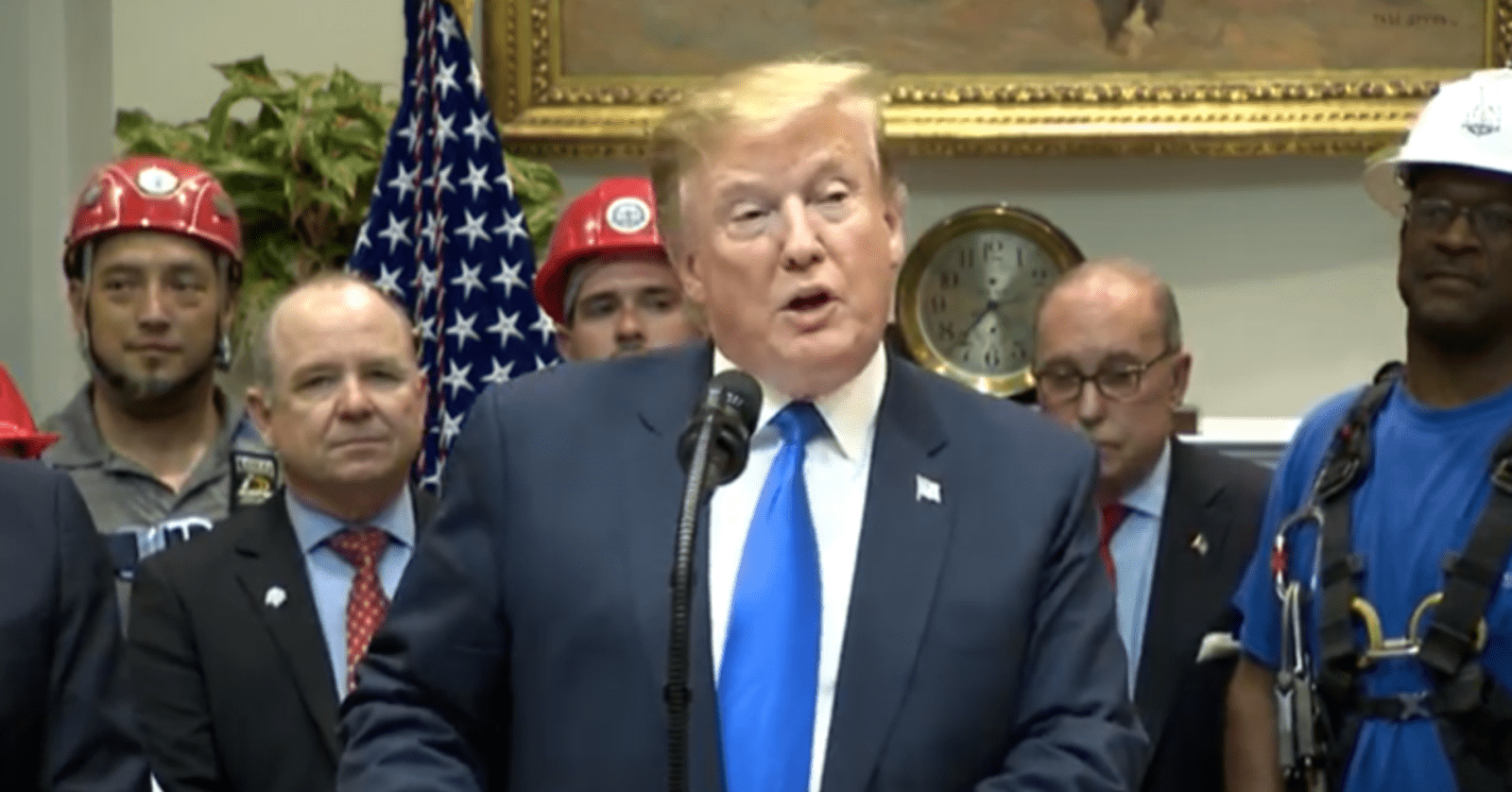 President Donald Trump and the FCC on Friday announced several initiatives to spur 5G network growth in the U.S.

AT&T and Verizon already have fledgling 5G networks in the United States, and T-Mobile and Sprint plan to activate their networks in 2019. Only one phone from Motorola, offered on Verizon, supports 5G in the U.S. right now.

“To accelerate and incentivize these investments, my administration is freeing up as much wireless spectrum as needed,” President Trump said. “[We’re] removing regularity barriers to the buildout of networks.The FCC is taking very bold action, bolder than they’ve ever taken before, to make wireless spectrum available.

Spectrum is the airwaves networks use to provide internet to devices.

President Trump’s comments come in tandem with announcement the FCC made on Friday. The FCC said that starting on Dec. 10, it will offer “the largest spectrum auction in our nation’s history,” allow carriers bid on 3,400MHz of new spectrum in the Upper 37GHz, 39GHz and 47GHz spectrum bands. The additional spectrum would “promote the development of 5G, the Internet of Things, and other advanced spectrum-based services,” the FCC said.

Additionally, the FCC proposed new new rules that allow “Fixed Satellite Service operators to provide faster, more advanced services to their customers” using 50GHz spectrum. It also said that current rules “impair the ability of users to deploy small, next-generation networking devices on their own property,” particularly in rural areas, and proposed changes that would allow people to install” “hub and relay antennas” on their property to help spur 5G networks.