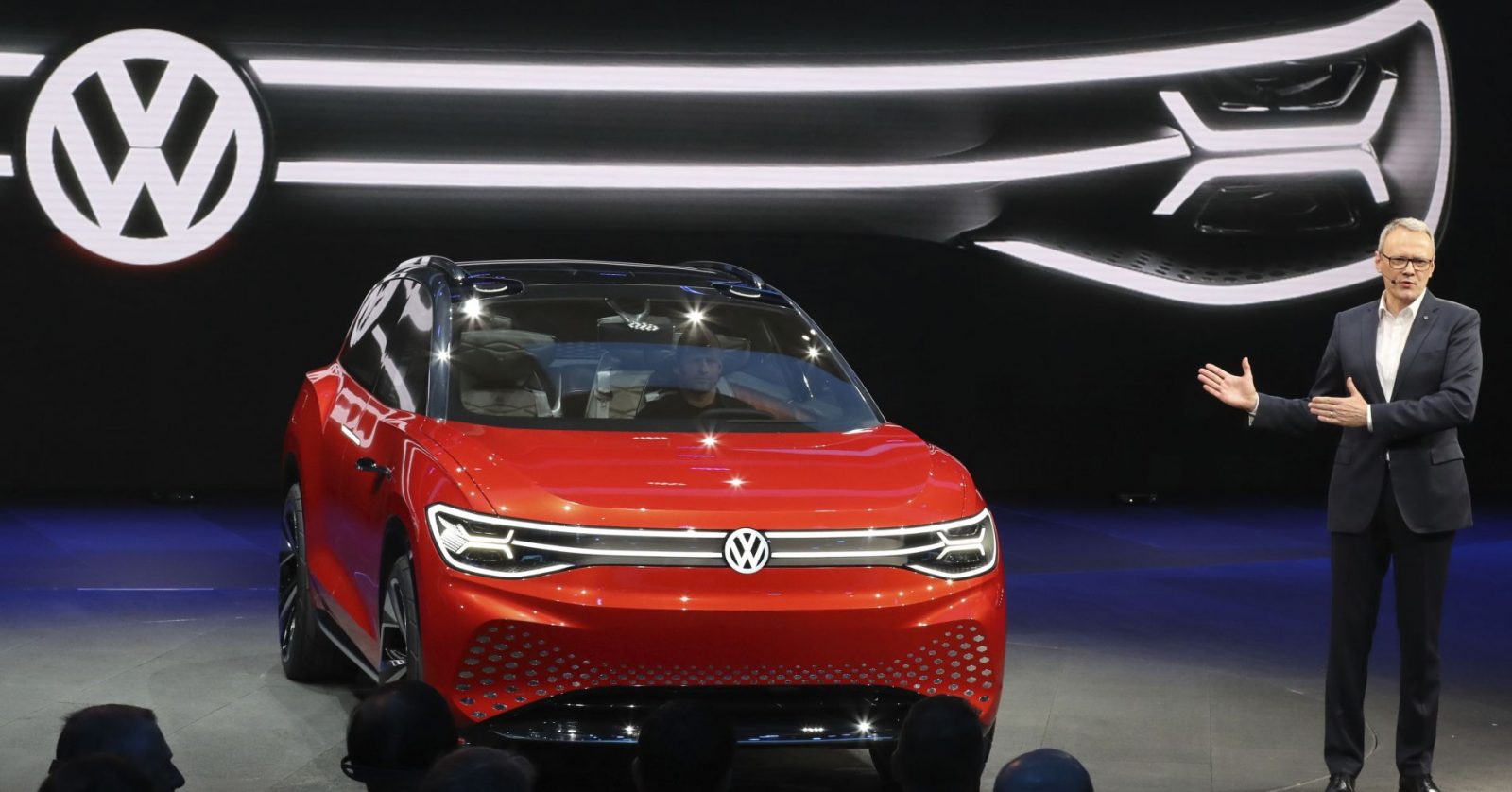 Look to China for the auto industry’s electric future.

Volkswagen, also released big plans to push into China’s electric vehicle market around the Shanghai Auto Show. The company said in a release it expects China will contribute to more than half of its planned 22 million battery electric vehicles by 2028.

​Volkswagen announced a new line of electric-only vehicles that will be available in China beginning in 2021. The first will be a sports utility vehicle called ID. ROOMZZ.

“We have a clear ambition to be the number one NEV (electric vehicle) brand in China, and we have no doubt the ID. ROOMZZ will play an important part of that,” Stephan Wöllenstein, CEO, Volkswagen Group China, said during an event on Tuesday.

Also premiering in Shanghai was Infiniti’s concept for an electric sports sedan called Qs Inspiration. The Nissan-owned luxury brand also announced that the first of its new generation of electric vehicles will be built in China for the domestic market.

“China is going to be the place (for electric vehicles),” Trevor Hale, general manager for Infiniti Global Communications, told CNBC. “This is the future of electrification by far … This is where we wanted to make a statement for Infiniti, which is going all electric.”

​For all the opportunities China offers, foreign players are entering an electric vehicle market crowded with domestic brands that already have cars on the ground — not to mention Tesla’s latest push into local production in Shanghai.

Regardless, Chinese brands at the auto show unveiled new services and car sizes in an effort to build out their ecosystem. Many believe having such a suite of products will drive customer loyalty and a competitive edge.

​”In the future, smart cars will become just like smartphones,” He Xiaopeng, CEO of Alibaba-backed Xiaopeng, said during a news conference on Tuesday.

The company, which also goes by Xpeng, unveiled its four-door P7 coupe, which is set for delivery beginning the second quarter of 2020. The company claims it’s the first such vehicle among China’s electric vehicle brands. Pre-orders began Tuesday, although no price was disclosed.​

Also stepping up the competition in sedans was Nio, which on Tuesday showed off its prototype for “et” for the first time.

The company said Tuesday it is also adding a fourth charging option — high-speed super charging stands in public spaces. That’s in addition to power swap stations, lower-speed home-charging units and a fleet of vans providing charging services on the road.

The super charging stands are part of Nio’s efforts to cut costs and build up services while the company waits for sales volumes to increase, co-founder and president Qin Lihong, told CNBC. The company said in its latest earnings call last month it would not reach its original plan for 70 “Nio House” customer clubhouses by the end of this year.

Power swap stations are very efficient and can each theoretically serve 70 cars a day, but because there aren’t enough cars yet, the operating and investment costs are greater than installing super charging stands, Qin said in a Mandarin-language interview translated by CNBC.

“Users don’t care, as long as they can charge their vehicle,” Qin said. “Today, the biggest concern for users, consumers, that keeps them from buying an electric car is mileage anxiety. It’s really not because mileage is insufficient. It’s a feeling that mileage might not be enough.”

​The electric car units of Chinese state-owned manufacturers GAC and BAIC revealed vehicles that claim travel distance of at least 600 kilometers (370 miles) on a single charge. That would be nearly double the range of existing models from competitors.

The electric vehicle industry is still in its early days, and many questions about customer demand and charging infrastructure remain.

But for now, just as foreign-based manufacturers are looking at this segment of the giant Chinese market, companies with their origins in China are looking overseas.

The roughly two-year-old company expects the earliest it could expand to the U.S. would be at the end of next year, Alexander Klose, executive vice president of overseas operations at Aiways, told CNBC. He said the Middle East is another market under consideration.

“We go to Europe because we can, because we think a lot of the others cannot,” Klose said. “Going to Europe requires a certain level of quality that we think we have.”

Pimco CEO says the US economy is slowing and will grow just above 1% in the first half of 2020
Tipping fatigue is real, especially for travelers
47% of workers are considering quitting right now—here's how long it could take to find a new job
$590M Powerball winner sues son, claims he and advisor mismanaged winnings
Category: Business
Tags: Business News, Business Updates