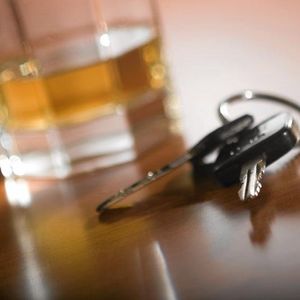 A KYOGLE man on his sixth drink-driving charge has walked free from court.

Aaron James Close, 32, was pulled over by police on Anzac Drive in Kyogle for a random breath test in the early hours of April 7 last year.

Close, who returned a blood alcohol reading of 0.172, was also a disqualified driver at the time.

When he was pulled over, police observed he was “well affected” by alcohol and he told them he’d consumed between four and eight beers and spirits since 5pm the previous day.

When he faced Casino Local Court for sentencing on these matters and an assault on Wednesday, solicitor Binnie O’Dwyer said her client had difficulties linking his actions with consequences.

She said Close had lost his own mother to a drink-driving-related crash and that his grief had an “impact on his ability to make good decisions”.

Magistrate David Heilpern said the incidents crossed the threshold for a term of imprisonment to be appropriate.

He will allow Close to serve that term by way of a 12-month intensive corrections order.

Mr Heilpern said it “beggars belief” why Close would continually get behind the wheel after drinking, given the loss his family had faced as a result of that kind of offence.

But he said “tragic” subjective circumstances worked in the man’s favour.

The court heard it was Close’s sixth drink-driving offence, although he had no prior high-range offences on his record.

He was disqualified from driving for three years and his ICO includes 80 hours’ community service.

He will be required to accept rehabilitation treatment and abstain from using alcohol and illicit drugs.