Uber’s draft prospectus for the biggest IPO in the world since Alibaba’s in 2014 has projected a major cash burn for Uber in trying to get a significant market share in India, reports Karan Choudhury. 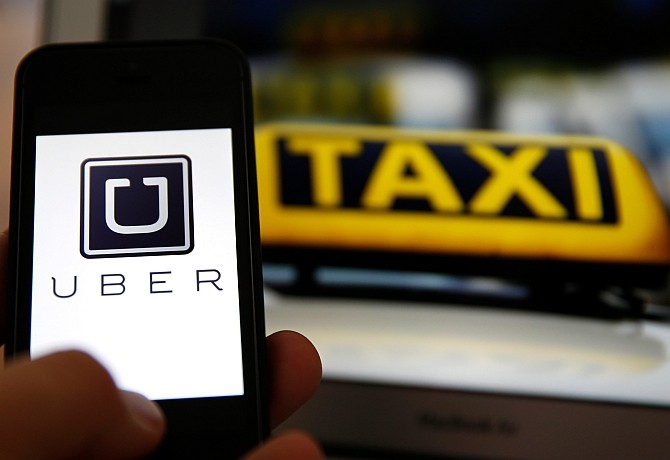 American cab-hailing firm Uber Technologies Inc has mentioned its India business, the largest after the US market, prominently in its initial public offering (IPO) filing.

The draft prospectus for the biggest IPO in the world since Alibaba’s in 2014 has projected a major cash burn for Uber in trying to get a significant market share in India.

Apart from Uber’s India business, the filing with the US Securities & Exchange Commission (SEC) refers to local rivals including Ola, Swiggy and Zomato while citing the risk factors.

“Our business is substantially dependent on operations outside the United States, including those in markets in which we have limited experience and if we are unable to manage the risks presented by our business model internationally, our financial results and future prospects will be adversely impacted,” Uber said in its filing on Friday.

Striking a note of caution, the cab aggregator has said it has been making significant investments in incentives and promotions to help drive growth in India, where competitors such as Ola, Swiggy, and Zomato, are well capitalised and have local operating expertise.

“In addition, in March 2019, we announced our agreement to acquire Careem and the expansion of our Uber Freight offering into Europe. Such investments may not be successful and may negatively affect our operating results,” Uber said.

The IPO was estimated to sell around $10 billion worth of stock at a valuation between $90 billion and $100 billion, according to reports. But the filing did not specify the size of the IPO.

Besides the rides business, UberEats too would require significant investments, as local players such as Swiggy and Zomato have an edge in the food discovery and ordering business, it has noted.

“In India, for example, our Uber Eats offering competes with Swiggy and Zomato, each of which has substantial market-specific knowledge and established relationships with local restaurants, affording them significant product advantages. As a result, such competitors may be able to respond more quickly and effectively than us in such markets to new or changing opportunities, technologies, consumer preferences, regulations, or standards, which may render our products or offerings less attractive.”

According to the filing of the firm, co-founded by Travis Kalanick 10 years ago, “future competitors may share in the effective benefit of any regulatory or governmental approvals and litigation victories we may achieve, without having to incur the costs we have incurred to obtain such benefits”.

The firm has referred to a growing number of competition laws across the EU, the US, Brazil and India as an area of concern. It has made specific mention of issues like predatory pricing and abuse of market power in this context.

“Complaints have been filed in several jurisdictions, including in the US and India, alleging that our prices are too high (surge pricing) or too low (discounts or predatory pricing) or both. If one jurisdiction imposes or proposes to impose new requirements or restrictions on our business, other jurisdictions may follow. Our revenue is dependent on the pricing model we use to calculate consumer fares and driver earnings,” said the company.

Uber has also raised the issue about the need to change the pricing model in certain markets.

“In 2016, following the filing of a petition in the Delhi high court relating to surge pricing, we agreed to not calculate consumer fares in excess of the maximum government-mandated fares in New Delhi, India. Additional regulation of our pricing model could increase our operating costs and adversely affect our business. As a result, we may be forced to change our pricing model in certain jurisdictions, which could harm our revenue or result in a sub-optimal tax structure,” it said.

The company has pointed at risks linked to use of cash too.

“In certain jurisdictions, including India, Brazil, and Mexico, as well as certain other countries in Latin America, Europe, the Middle East, and Africa, we allow consumers to use cash to pay drivers the entire fare of rides and cost of meal deliveries (including our service fee from such rides and meal deliveries). In 2018, cash-paid trips accounted for nearly 13 per cent of our global gross bookings.”

It has argued that many jurisdictions have specific regulations regarding the use of cash for ridesharing, and failure to comply with the regulations could result in the imposition of significant fines and penalties and could result in a regulator requiring them to suspend operations.

Also, in certain jurisdictions, “serious safety incidents resulting in robberies and violent, fatal attacks on drivers while using our platform have been reported.’’

The company has listed driver dissatisfaction as a likely reason for decline in the number of platform users. “That would reduce our network liquidity, and which in turn may cause a further decline in platform usage.’’

Uber fears that drivers engaging criminal activities would have a serious impact on their business. It has mentioned the New Delhi rape case involving an Uber driver a few years ago. “In December 2014, a driver in New Delhi, India kidnapped and raped a female consumer, and was convicted in October 2015.’’