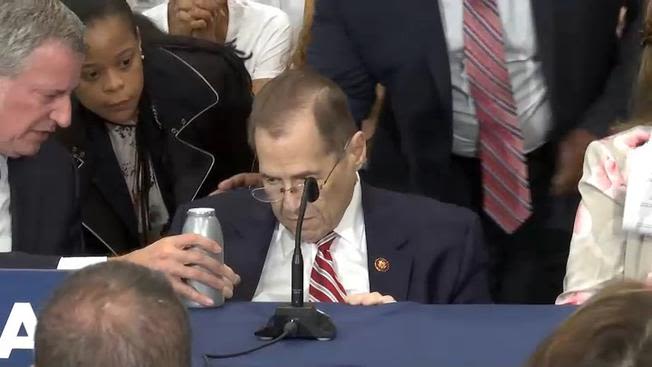 Nadler, 71, appeared pallid and sick at the event promoting speed cameras, and was immediately attended to by people in the room.

Nadler spokesman Daniel Schwarz told CNBC that the chairman is “okay,” and that he “seems to have been dehydrated and it was very warm in the room.”

“He is now responsive and receiving a check-up,” Schwarz said.

Nadler has emerged as one of President Donald Trump’s top foes in the Democrat-led House, as his committee pursues an investigation into the Mueller report.

Local reporters watching the event unfold said that de Blasio was helping Nadler drink from the mayor’s own water bottle, and that the high-ranking Democratic lawmaker was given an orange to eat.