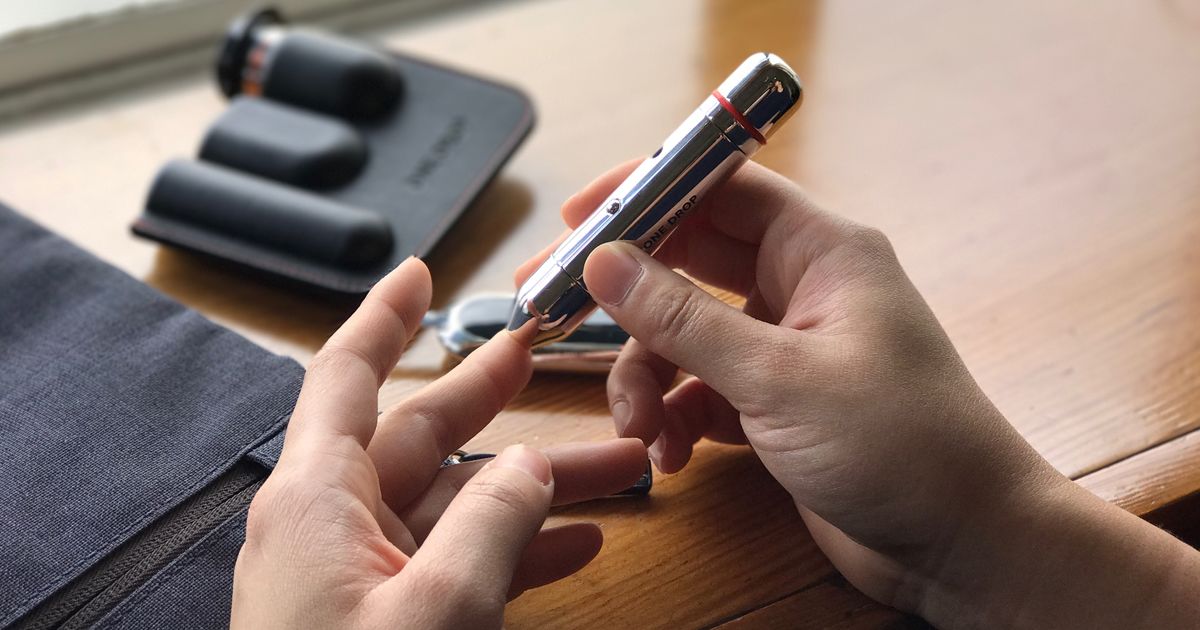 Some Apple retail locations now sell a glucose monitor that integrates with the iPhone to give people with diabetes a way to track their blood sugar through Apple’s Health app.

One Drop is an aesthetically designed blood glucose monitor with an associated iPhone app that integrates with Apple’s Health app, as well as a separate Apple Watch app. It’s the first diabetes product that Apple is selling in its physical stores, although it previously carried One Drop online.

The introduction of OneDrop is a prime example of how Apple is breaking into the health space by selling consumer-oriented products and integrating the data from them in its Health app, making the iPhone and Apple Watch hubs for people’s personal health.

Apple hasn’t been shy about its interest in creating products and services to address the health market. Earlier this year, Apple CEO Tim Cook said the company’s health products will be Apple’s “greatest contribution to mankind. ” Apple has experimented with creating its own glucose monitor, and Apple CEO Tim Cook has been spotted testing a continuous glucose monitor, although he’s not known to have diabetes. (One Drop isn’t continuous. It requires a finger prick before every individual reading.)

Apple’s health team and the merchandisers who select products for the store are different divisions at Apple. But the inclusion of One Drop in the store is a sign that Apple products are increasingly capable of performing health-related tasks.

“I think it’s great to have more consumer-friendly medical devices in the Apple Store,” said Aaron Neinstein, an endocrinologist at UC San Francisco, who treats patients with diabetes. “One Drop has embraced the fact that they’re part of people’s lives, and that includes their smartphone, and I wish other more traditional device makers would follow suit.”

‘We want our products to be beautiful’

One Drop’s blood glucose monitoring kit has two main components. There’s a blood glucose meter for taking readings, and a mobile app for iPhone and Apple Watch that collects that data and integrates it with Apple’s Health app. The company also provides a subscription service for people to receive their testing strips, which are necessary to use the system.

Inside the One Drop app, people with diabetes can buy coaching programs that can help with topics like carbohydrate counting or managing the condition. The One Drop kit sold at Apple stores will cost $69.95 and include a year of free coaching from a certified diabetes educator, Dachis said.

“I believe that Apple’s perspective on consumerized, data-driven self-care is where the industry is going to be pulled to, versus the expensive, bureaucratic, not-data driven current healthcare system,” OneDrop CEO Jeff Dachis told CNBC.

“Our ability to align ourselves with that, and help drive that story, is what we see as the benefit of working with Apple,” he continued.

One thing that separates One Drop from competing monitors from companies like Dexcom or Abbott is that it is designed like a piece of consumer electronics, with a “rigorous industrial design process,” Dachis said, with the goal to “create a sense of love and delight” when using the One Drop.

In that way, the One Drop will fit right in on Apple store shelves next to the phones, drones and other gadgets sold at the Apple Store, even though it’s a medical device.

“We share a design philosophy” with Apple, Dachis said. “We want our products and services to be beautiful so people like them. You don’t hear ‘beautiful’ often in the healthcare space.”

WATCH: This diabetes monitor can read your blood sugar without any blood

33 photos show what it's like to go to school in a war zone
The huge rotation taking place in the stock market isn't even halfway over, JP Morgan says
The fight over the Mueller report isn't over yet. Here's what happens next
Here’s why you should make paying off your student loans a priority over saving for retirement
Category: Business
Tags: Business News, Business Updates