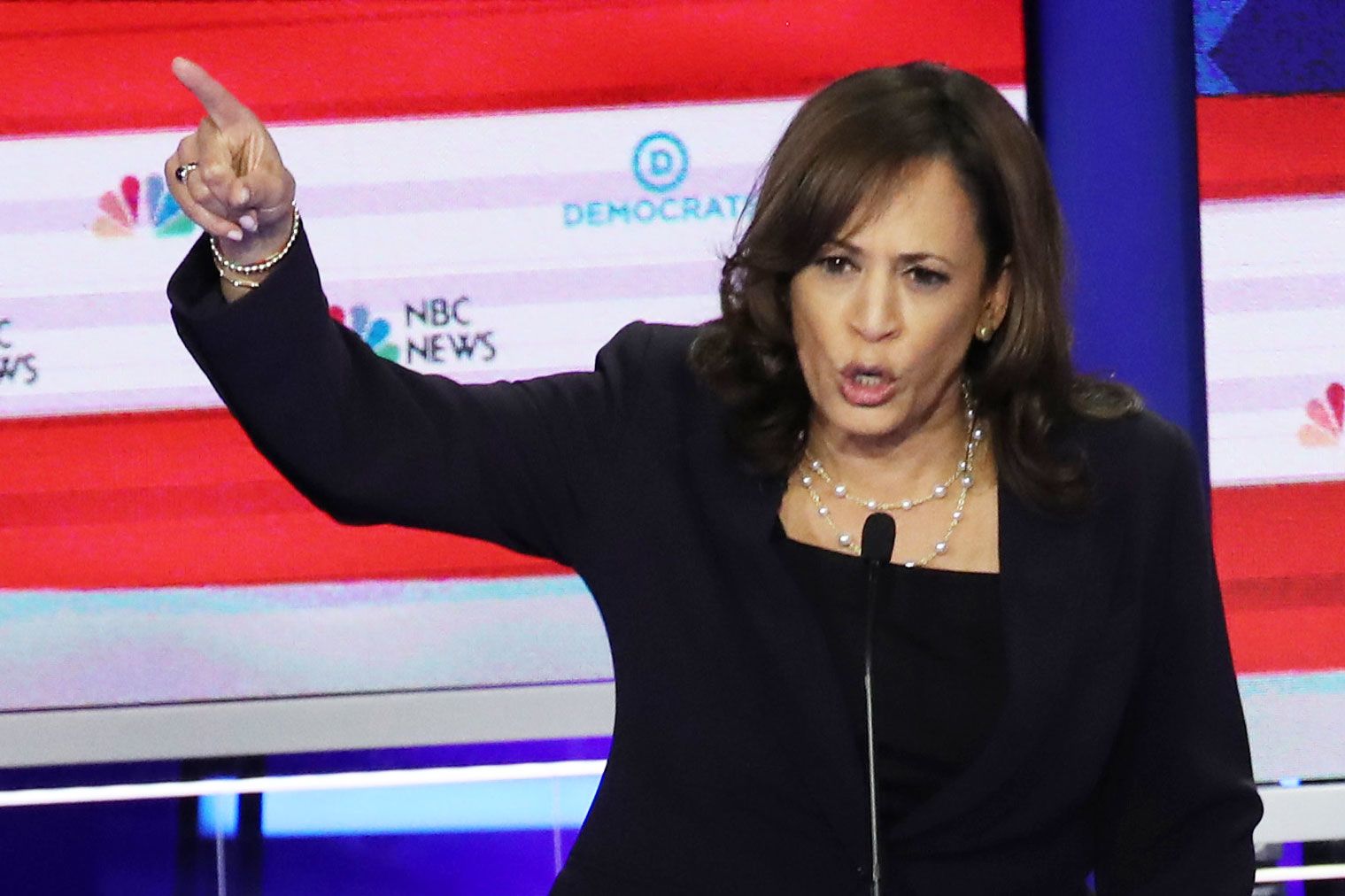 Home » News, Insights & Trends » Business » Here are the Democrats who gained and lost the most in the first 2020 presidential primary debate

Twenty Democratic presidential candidates had their first chance to square off on the same stage this week.

A handful of them took steps that could help them stand out in the jammed field — while others struggled or gained little ground on a crowded debate stage.

Some of the race’s early leaders met expectations as contenders. Candidates such as Sen. Elizabeth Warren, D-Mass., and South Bend Mayor Pete Buttigieg earned plaudits both in surveys and from pundits.

But others had performances during the Wednesday and Thursday night debates that made them stand out — for better or worse. A strong debate performance can help to propel a candidate with donors and media coverage, but it hardly guarantees a surge or sustained success in a primary. On the other hand, one poor performance does not necessarily deter a candidate’s campaign — especially if they come into the debate with strong support.

Here are five of the candidates that both post-debate polls and pundits identified as the winners and losers of the two nights of debate in Miami.

Sen. Kamala Harris (D-CA) speaks during the second night of the first Democratic presidential debate on June 27, 2019 in Miami, Florida.

But she created the most memorable moment of either night when she targeted a Democratic rival. The senator from California criticized former Vice President Joe Biden — the primary’s early frontrunner — over his record on race and the desegregation of school busing in personal terms.

“There was a little girl in California who was part of the second class to integrate her public schools, and she was bused to school every day, and that little girl was me,” Harris said. She called his comments about working with segregationist senators “hurtful.”

Lynn Vavreck, a professor of American politics and public policy at UCLA, called the moment “among the more amazing things I have seen in a political debate.” She added that Harris “had an amazing night.”

It’s too early to tell how the moment will affect Harris in scientific polls. Still, searches on Google for “busing” spiked more than 3,000% after the senator brought up the issue, according to Google Trends. At one point during the debate, Harris was the top trending topic on Google across the U.S.

Biden, for his part, said Harris mischaracterized his record on race. He said he worked as a public defender instead of a prosecutor, which Harris was as attorney general of San Francisco and California.

Democratic presidential hopeful former US Secretary of Housing and Urban Development Julian Castro speaks during the first Democratic primary debate of the 2020 presidential campaign season hosted by NBC News at the Adrienne Arsht Center for the Performing Arts in Miami, Florida, June 26, 2019.

“I think that you should do your homework on this issue,” Castro said to fellow Texan and former Rep. Beto O’Rourke after a heated exchange on whether the U.S. should decriminalize immigration.

The former Housing and Urban Development secretary started the night’s discussion on immigration by saying a photo of a drowned father and 23-month old daughter trying to gain asylum in the U.S. should “piss us all off.” He ended the night with the fourth-most speaking time out of the 10 participants, according to The Washington Post.

Castro entered the night as a relative unknown: only about 39% of likely Democratic voters had an opinion of him entering the night, according to Morning Consult polling done for FiveThirtyEight. But after the debate, 47.4% of respondents had a favorable view of him, versus only 12.9% who had an unfavorable opinion.

His net favorability rating — the difference between positive and negative views — increased 14.5 percentage points, more than that of any other candidate in Wednesday’s debate. Meanwhile, 2.1% of likely Democratic voters said they would vote for him following the event, versus only 0.3% before it.

Democratic presidential hopeful US Senator from New Jersey Cory Booker participates in the first Democratic primary debate of the 2020 presidential campaign season hosted by NBC News at the Adrienne Arsht Center for the Performing Arts in Miami, Florida, June 26, 2019.

Booker has found himself outside the top tier of contenders in most early primary polling. He made his presence known on Wednesday night.

Booker talked about how “this economy is not working for average Americans.” He tried to fight off accusations that he is too friendly to drug companies by promising to hold opioid makers criminally liable for their role in an addiction and overdose crisis.

By the end of the night, Booker talked more than any other candidate. His net favorability rating jumped by 7.7 percentage points, third most among Wednesday’s participants, according to Morning Consult.

When the former congressman argued against eliminating private insurance, New York City Mayor Bill de Blasio jumped in to say the system “is not working for tens of millions of Americans.”

After the debate, 2.8% of respondents said they would vote for O’Rourke, down from 3.8% before it.

During a conference call with O’Rourke on Thursday, his donors discussed how he could improve in the next debate.

As the race’s frontrunner, Biden appeared to try to stay out of the fray Thursday. During a debate in which candidates interrupted one another repeatedly to make points, Biden abruptly stopped his answers at least once.

“My time’s up. I’m sorry,” he said at one point during the debate when he reached his official time limit.

Biden hit some popular talking points for Democratic voters. He addressed trying to “return dignity” to the middle class and “build on” Obamacare to expand health care coverage in the U.S.

But Harris put Biden on his heels in the most talked about moment in two nights of debates. The former vice president defended himself by saying he “did not oppose busing in America. What [he] opposed was busing ordered by the Department of Education.”

It remains to be seen whether the debate will put a dent in Biden’s support in public polls. His standing in surveys has stayed steady despite earlier comments in the race that sparked criticism from some of his rivals.