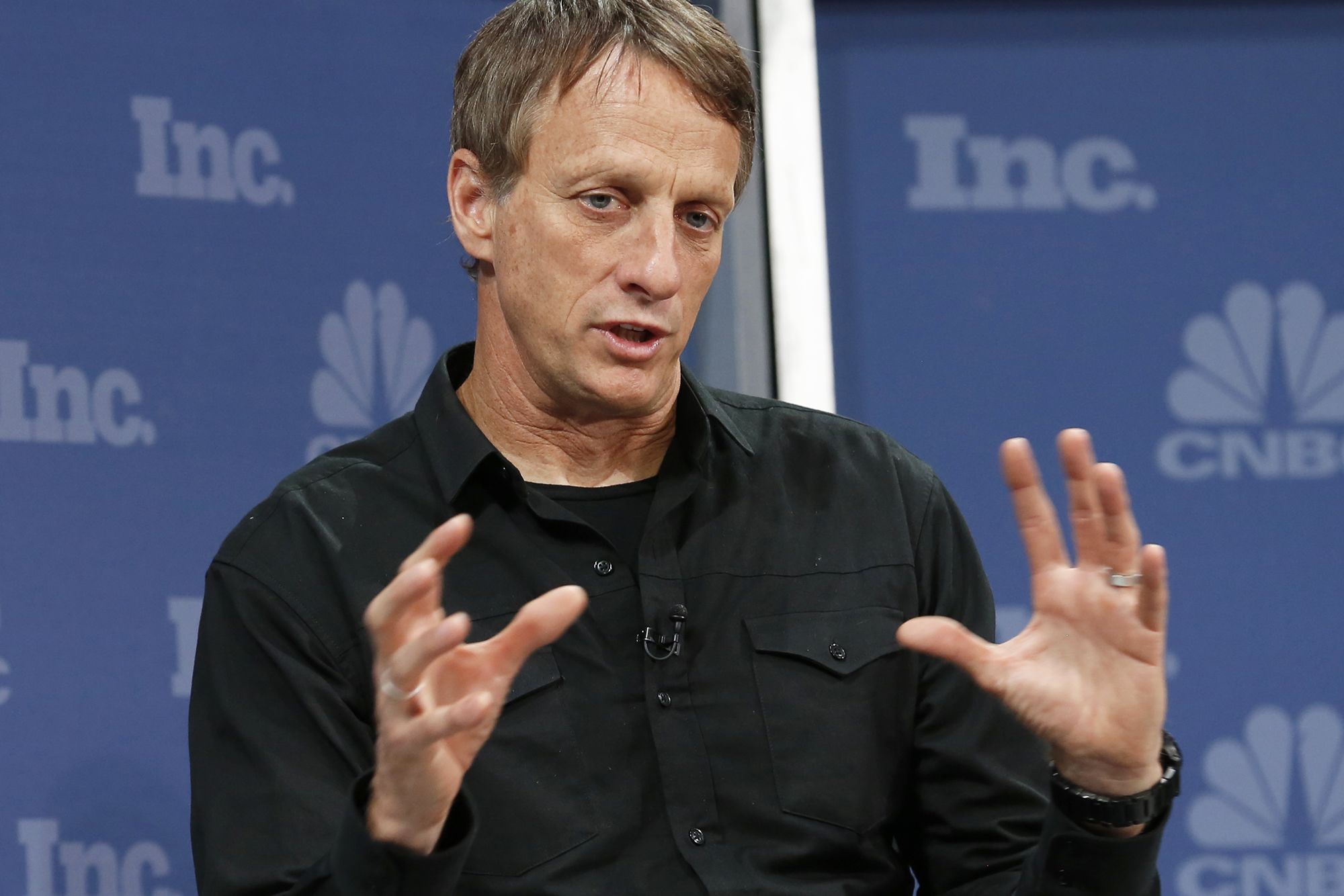 Legendary skateboarder Tony Hawk has broken his pelvis and elbow, fractured his skull and had more than 20 concussions — but still won’t walk away from the sport.

In fact, the 51-year-old sports star says that building a career out of skateboarding has been his most courageous move.

“I think that the bravest thing that I’ve ever done is to chase a skateboard career into my adult life. I have no breakup plan, so I hope it keeps working,” he told CNBC’s “The Brave Ones. “

Hawk’s older brother Steve got him into the sport in the 1970s, handing him an old skateboard at age nine and taking him to skate parks. “I literally saw people flying. Like, I saw these guys flying out of into swimming pools. And that was my ‘wow’ moment. Where I was like, I want to do whatever they’re doing,” Hawk said.

Within five years at age 14, Hawk turned pro, and by 16 he was regarded by many as the best skateboarder in the world. According to his website, by the age of 25 he’d won 73 contests and was attracting a range of sponsorship deals. It’s not the kind of activity that translates easily into a career — but Hawk made it so.

But by 1991, when Hawk was in his early twenties, the sport’s popularity was starting to wane, mainly due to skate parks being no longer able to afford liability insurance. Hawk’s income was largely based on royalties. “I was left with two mortgages, a son on the way, and everything felt very scary. And my income was literally dropping by half every month,” he told “The Brave Ones.”

Hawk sold his home, reorganized his finances and stuck with skating. “It wasn’t me going out looking for another occupation. It was more like, what can I do to rearrange my life so that I can continue to skate? It was more just cutting living expenses and taking every single job that came along.” Hawk was earning $100 a day for three skate shows.

“If nothing else, I learned the value of perseverance through my years of skating,” Hawk told “The Brave Ones.”

Hawk’s businesses now include Birdhouse, which he founded in 1992, a children’s clothing line sold in Walmart and video production company 900 Films, as well as the Ride Channel on YouTube, which has 1.5 million subscribers. He’s still active in the skating community.

“My heart and soul is still in skateboarding. And so, I go to a lot of skate events, skate exhibitions, skate park openings … I love that skateboarding has come that far, and that people enjoy what we do, that they still see me as relevant in that respect, too.”