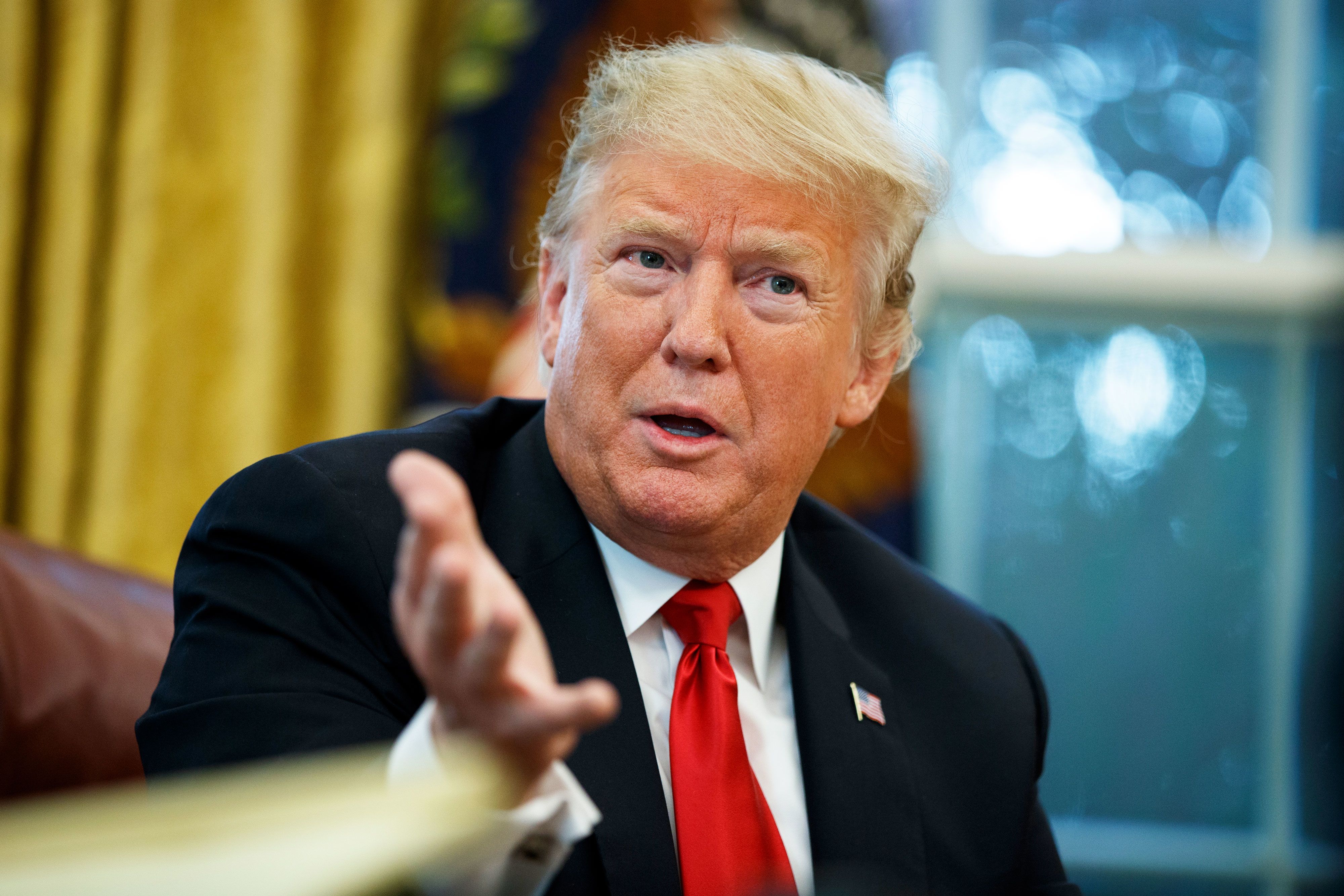 President Donald Trump told ABC’s George Stephanopoulos that he would accept information on his 2020 opponent if it was offered by foreign operatives.

In an interview aired Wednesday, Trump presented a hypothetical situation in which “somebody comes up and says, ‘Hey, I have information on your opponent.’ Do you call the FBI?” The president went on to say, “I don’t think in my whole life I’ve ever called the FBI” and “Give me a break. Life doesn’t work that way.”

When Stephanopoulos challenged Trump, saying that the FBI director believes a person presented with potentially stolen information should call the agency, the president responded, “The FBI director is wrong.”

In a clip circulated on Twitter, Stephanopoulos then asked Trump, if foreign agents offered a candidate information on their election opponent whether they should accept that or report it to the FBI.

Trump first responded, “I think maybe you do both. I think you might want to listen. … There’s nothing wrong with listening.”

Stephanopoulos followed up by asking him, “You want that kind of interference in our elections?”

“It’s not interference. They have information. I think I’d take it. If I thought there was something wrong, I’d go maybe to the FBI,” Trump said.

Why bringing your political views to the office can be bad for your career
A tech correction is 'inevitable,' investor Paul Meeks warns
Apple now offers gender-neutral versions of nearly ever human emoji, and LGBTQ advocates are praisin...
Neighbor is out to disrupt self-storage: It's like Airbnb for your stuff
Category: Business
Tags: Business News, Business Updates