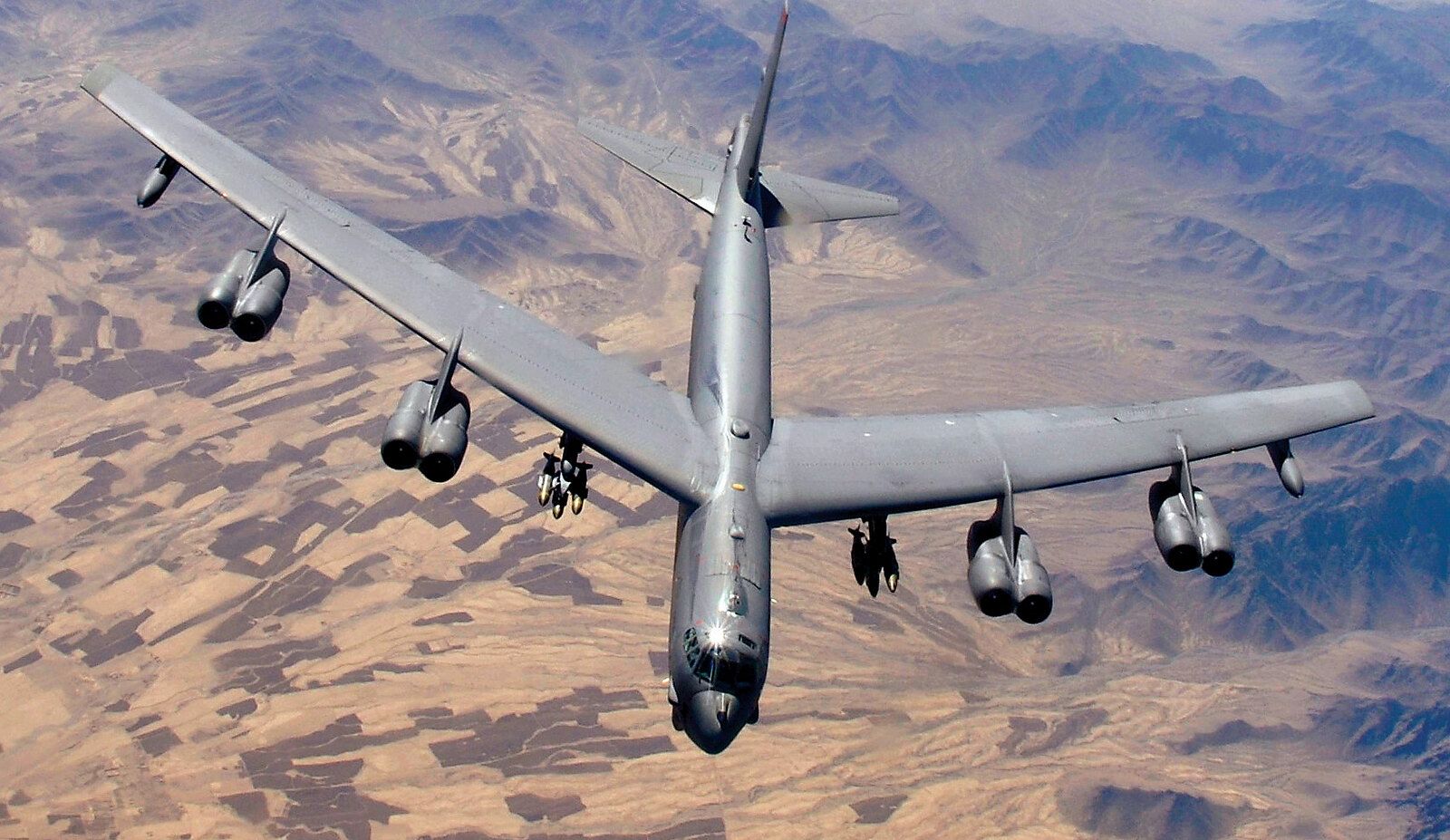 In August, the Pentagon awarded Lockheed Martin with its second multimillion-dollar contract to develop the AGM-183A Air-Launched Rapid Response Weapon, or ARRW, hypersonic missile. The Air Force said the ARRW system will stand for more ground and flight testing over the next three years. The hypersonic missile is expected to be completed by 2022.

The “captive carry flight test” evaluates the mock weapon during flight and is the Air Force’s latest step in the budding hypersonic arms race between China and Russia.

The sprint for hypersonic arms

As it stands, the U.S. currently does not have a defense against hypersonic arms, a breed of weapon that both Russia and China are developing.

A little more than a year ago, Russian President Vladimir Putin touted his nation’s growing hypersonic arsenal. Of the six new weapons Putin unveiled last March, CNBC learned that two of them, a hypersonic glide vehicle and air-launched cruise missile, will be ready for war by 2020.

Moscow’s hypersonic glide vehicle, dubbed Avangard, has been in development for three decades and is designed to sit atop an intercontinental ballistic missile. Once launched, it uses aerodynamic forces to sail on top of the atmosphere.

The air-launched cruise missile dubbed “Kinzhal,” which means “dagger” in Russian, has been tested at least three times and was mounted and launched 12 times from a Russian MiG-31 fighter jet.

Meanwhile, in August, China announced the first successful testing of a hypersonic aircraft, a feat the U.S. has yet to accomplish.

When asked about China’s sprint to deploy hypersonics, the Pentagon’s top engineer described Beijing’s efforts as “much more thoughtful” compared to Moscow’s developments.

“The Chinese have been much more thoughtful in their systems development because they are developing long-range tactical precision-guided systems that will be really influential in a conventional fight,” Michael Griffin, a former NASA administrator, said in a previous interview. “The Chinese ability to hold our forward deployed assets at risk with very high speed and very hard to intercept precision-guided systems is something to which we have to respond,” he added.

Turning to Russia, Griffin noted that Moscow’s intercontinental ballistic missiles, or ICBMs, pose a greater threat to the U.S. than the hypersonic weapons that Putin purports to have.

Lockheed playing in its home court with hypersonic work

Last April, Lockheed Martin secured a $928 million contract to build an undefined number of hypersonic conventional strike weapons. According to the contract, the defense giant will be responsible for designing, engineering, weapon integration and logistical support. The development will take place in Huntsville, Alabama, which is known as “Rocket City” as it was the birthplace of America’s rocket program.

What’s more, Lockheed Martin is in the process of developing the SR-72, a hypersonic unmanned plane dubbed the “son of the Blackbird.” When it comes to developing a high-speed reconnaissance aircraft, the Pentagon’s top weapons supplier is playing in its home court.

In 2014, the defense firm was awarded $892,292 by NASA to study the development of the hypersonic spy plane.

In 1976, the Air Force flew Lockheed Martin’s SR-71 Blackbird from New York to London in less than two hours — at speeds exceeding Mach 3, or three times the speed of sound.

The SR-72 is envisioned to operate at speeds up to Mach 6. And while the hypersonic SR-72 isn’t expected to be operational until 2030, the company sees developing a platform of that magnitude as a game-changer.