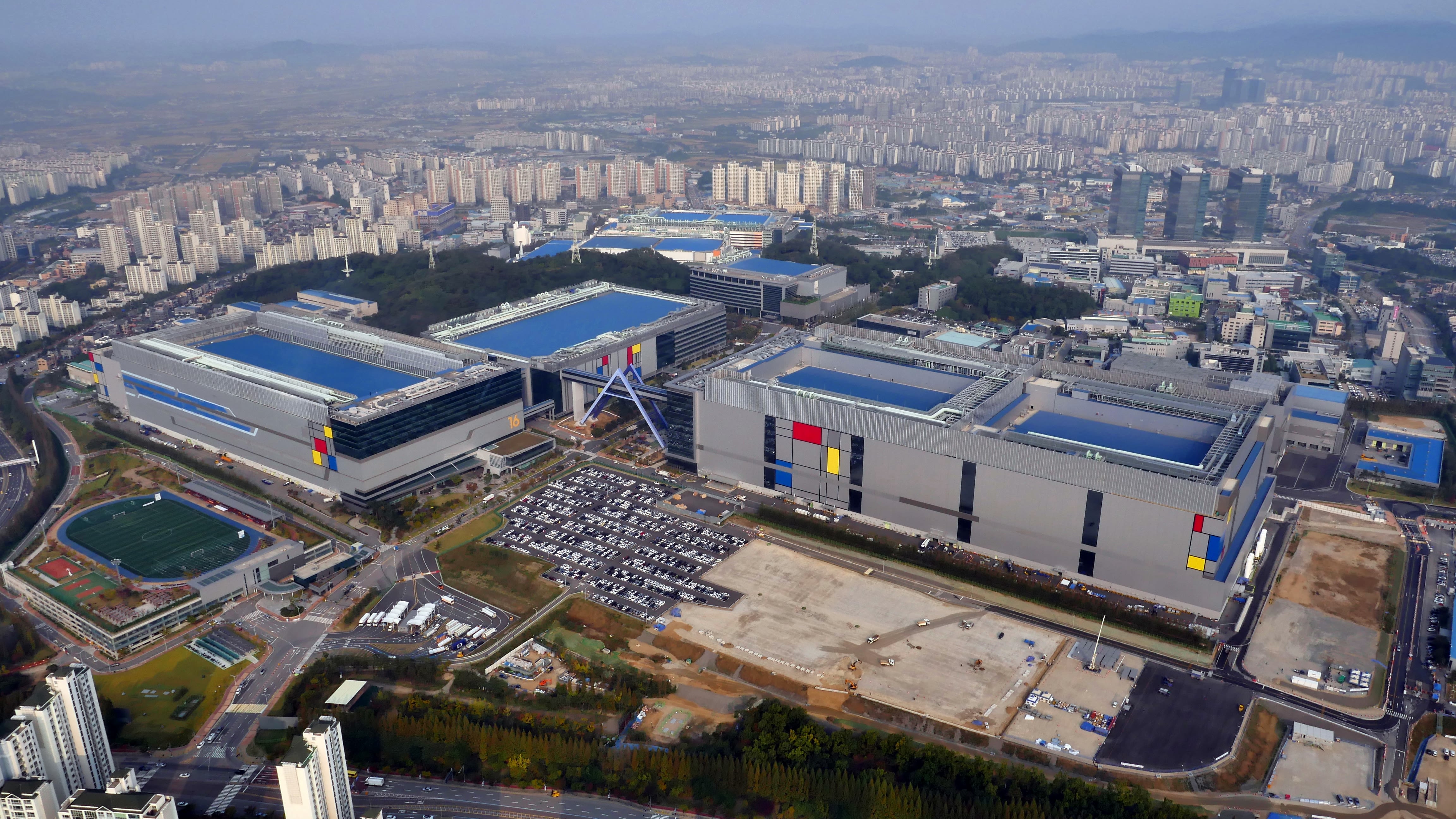 Samsung is one of the world’s largest companies, with more than 320,000 employees worldwide.

Its business units span from microwaves and laptops to shipping and insurance.

Samsung is commonly known to many for its smartphones and despite challenges it has faced (exploding smartphone batteries and its foldable phone flop which resulted in the company halting its launch), Samsung remains the world’s most popular smartphone.

In the first quarter of 2019, Samsung shipped 71.9 million smartphone units, compared to Huawei and Apple, which shipped 59.1 million and 36.4 million, respectively, according to IDC.

CNBC was granted rare access to film three of its campuses in and around the city of Seoul.

Samsung Digital City is home to the company’s electronics unit which is responsible for mobile devices, TV’s and household appliances.

There’s also what’s called Samsung 5G City, which consists of an outdoor park where the company tests 5G network equipment which is currently being deployed to telecom providers including in South Korea and the U.S.

The sprawling campus includes cafeterias where employees eat for free, a massive gym and includes international food and beverage outlets such as Dunkin Donuts.

While security is tight and heavily guarded, Samsung Innovation Museum is open to the public and pays homage to the history of Samsung, along with the general history of technology products.

A fire station at Samsung’s Nano City campus outside of Seoul, South Korea

The campuses of Samsung Nano City are so massive, it includes 12 employee cafeterias. It’s home to where its semiconductor chips are made.

Samsung said more than 65,000 of its employees are dedicated to conducting research and development, which is the equivalent to around 20 percent of its global workforce.

To encourage creativity amongst staff, its Seoul R&D campus hosts a multi-story library where designers and employees can come to brainstorm and find inspiration amidst books and magazines.

The campus is also home to Samsung’s Sound Lab, which features music equipment and voice booths where the voice of Samsung’s smartphone virtual assistant, Bixby is recorded.

It’s also where sounds are created for many of its household appliances, such as the sound a smartphone makes once it’s plugged into an electrical outlet or the sound a refrigerator makes after its door has been open for too long.

Taco Bell-parent Yum Brands' CEO Greg Creed to retire, to be replaced by David Gibbs
Starbucks, Burger King, Krispy Kreme and Dunkin' scaring up Halloween-themed items
If you buy an iPhone 11, you need to buy this next
There's a sudden transformation taking place in the stock market and it's unnerving some investors
Category: Business
Tags: Business News, Business Updates