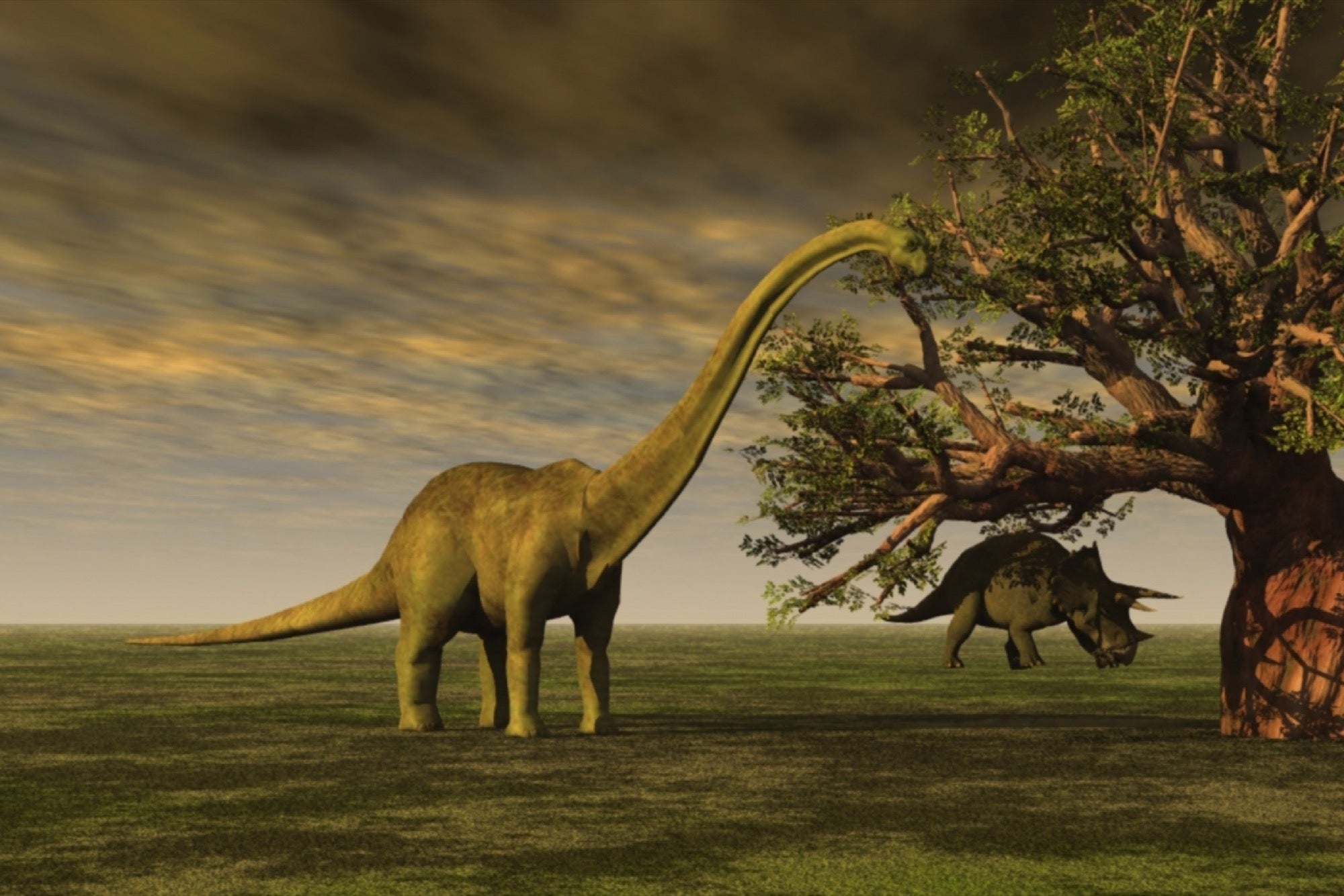 Don’t we already know how this movie’s going to end?

In a potentially terrifying case of life imitating art, the renowned paleontologist who served as the inspiration for Jurassic Park protagonist Dr. Alan Grant is spearheading genetic research that could engineer dinosaurs back into existence within the next five to 10 years, he says.

While Dr. Jack Horner, who has consulted on all four Jurassic films, initially believed the key to recreating the prehistoric creatures lay in working with ancient DNA strands, further study about DNA degradation over time has since ruled out that possibility.

Instead, a group of scientists at Harvard and Yale have turned their eye to — wait for it — the modern-day chicken. “Of course, birds are dinosaurs,” Horner told People magazine. “So we just need to fix them so they look a little more like a dinosaur.”

Related: If the Brontosaurus Can Make a Comeback, So Can You

In an attempt to reverse evolution, the team has already made significant strides in mutating chickens back to the very creatures from which they descended. If that wasn’t enough genetic splicing and dicing, Harvard scientists attempted a similar feat recently by inserting the genes of a woolly mammoth into elephants in order to recreate the extinct beasts. Whoa, baby.

If the four major differences between dinosaurs and birds are their tails, arms, hands and mouths, Horner and team have already flipped certain genetic switches in chicken embryos to reverse-engineer a bird’s beak into a dinosaur-like snout.

“Actually, the wings and hands are not as difficult,” Horner said, adding that a “Chickensoraus” — as he calls the creation — is well on its way to becoming reality. “The tail is the biggest project,” he said. “But on the other hand, we have been able to do some things recently that have given us hope that it won’t take too long.”

Check out Horner discussing the endeavor, among other topics, in the video below: