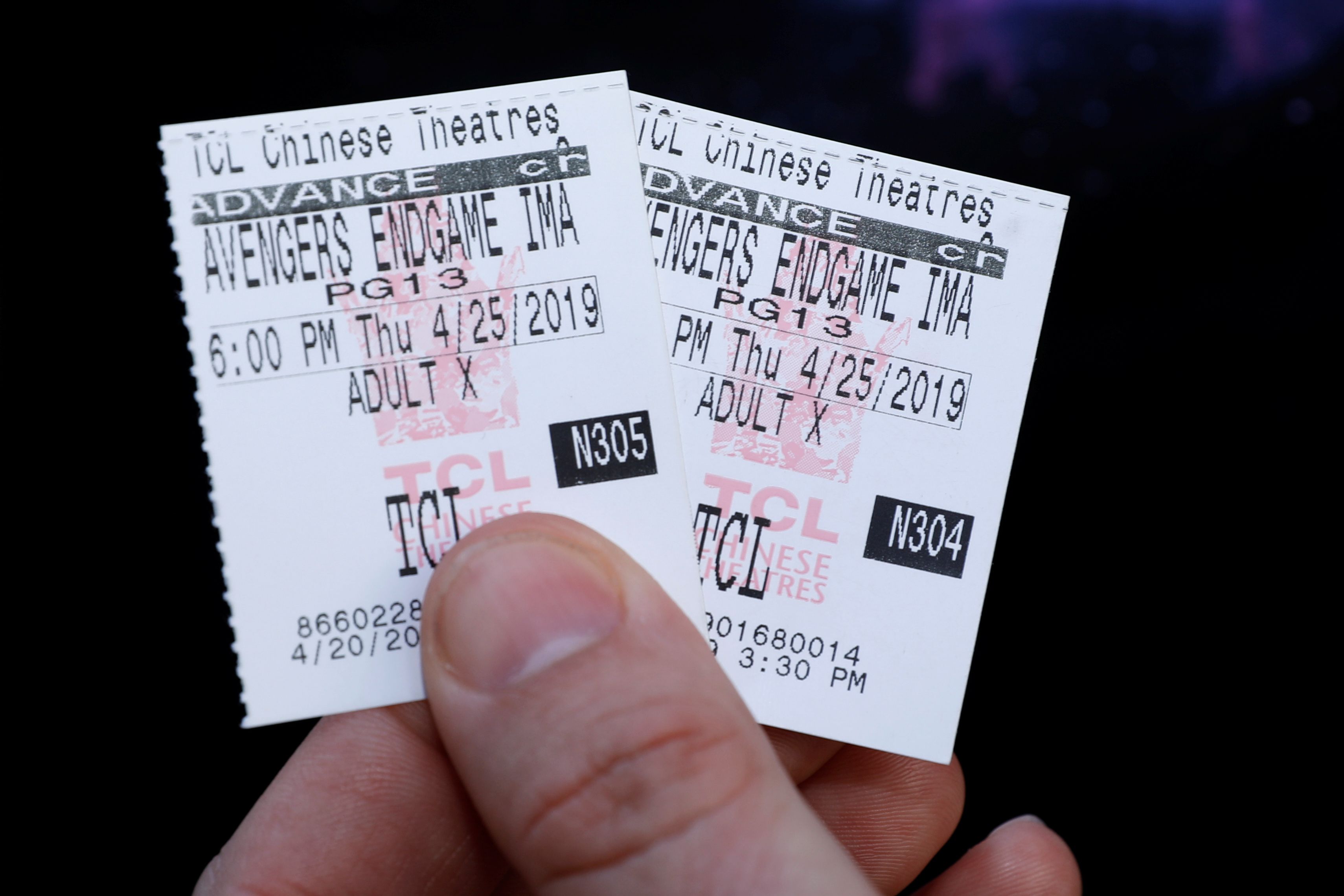 An Avengers fan holds tickets at the TCL Chinese Theatre in Hollywood to attend the opening screening of “Avengers: Endgame” in Los Angeles, California, U.S., April 25, 2019.

Disney‘s “Avengers: Endgame” is now just $15 million shy of the record for highest-grossing film of all time.

At the end of the July 4 holiday weekend and after 73 days in the theaters, “Endgame” has hauled in $2.772 billion globally, just short of the record $2.787 billion that “Avatar ” has earned since its release in 2009.

Last weekend, Marvel Studios began showing a new theatrical release of the film with a special tribute, a deleted scene and a teaser for “Spider-Man: Far From Home” at the end of the credits. The hope was to drive buzz and lure moviegoers back to theaters to see the film again.

While the company was able to garner an estimated $5.5 million in the U.S. and another $2.3 million abroad, it wasn’t enough to surpass “Avatar.” A week later, however, the gap has continued to narrow.

“Endgame” likely will remain in theaters for most, if not all of summer. Most analysts peg its last weekend in cinemas to be Labor Day weekend. In that time, the film has a chance of beating “Avatar’s” record.

To be sure, “Endgame” still has a number of hurdles to face on its way to the top spot. The summer box office is very competitive, with new releases every weekend. “Endgame” also has a lot of emotional — some would argue gut-wrenching — moments that could make repeat viewings difficult even for the biggest of fans.

And then there is that three-hour run time.

Trump met with North Korea's Kim Jong Un in the Demilitarized Zone -- here are the photos
Housing market falling short by nearly 4 million homes as demand grows
Stocks making the biggest moves after hours: Netflix, IBM, eBay and more
Starbucks and one other top performer this year could be too hot to touch
Category: Business
Tags: Business News, Business Updates