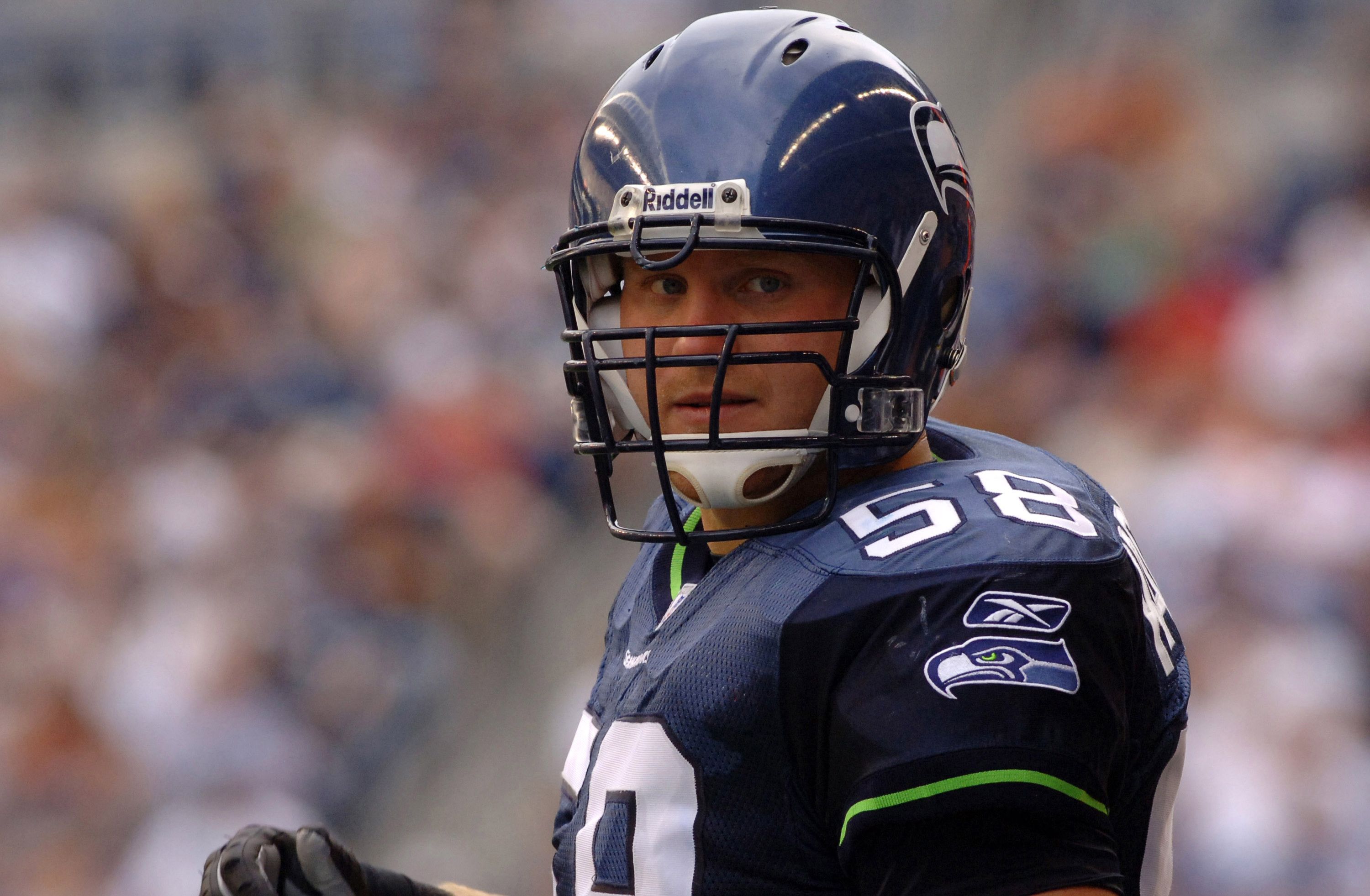 Home » News, Insights & Trends » Business » To tilt your odds of success at work, get more sleep

Isaiah Kacyvenski, former Seattle Seahawks linebacker, believes worker productivity is directly related to how much sleep employees get each night.

Pro athletes buy into it as a way to win. Houston Astros ace Justin Verlander attributes the practice as the main reason he is able to stay on top of his game. Business titans like Jeff Bezos and Arianna Huffington are big backers as well. So why do the rest of us think that the way to succeed is by working more and sleeping less?

Good sleep should not be a benefit for the elite.

According to Isaiah Kacyvenski, founder of venture capital firm Will Ventures and a former NFL player, the old idea that has fueled go-go America — “I’ll sleep when I die” — is directly contradicted by an overwhelming amount of medical research showing the cost to worker productivity caused by lack of sleep.

“The research tells us sleep deprivation affects productivity,” Kacyvenski said at CNBC’s recent @Work Human Capital + Finance conference in Chicago. “The sleep data is ridiculous; the ability to improve performance across the board is mind-blowing.”

A now-classic study conducted in 2010 analyzed the cost to organizations of lack of sleep, and sleep disorders in particular. A study of Kansas state employees led by sleep and health researcher Michael Grandner, assistant professor of psychiatry at the University of Arizona College of Medicine — Tucson, found that 56% of Kansas state employees reported some sleep problems, and nearly 12% said they often or always had trouble sleeping. Those 12% missed the most work, had the lowest levels of performance and were responsible for the highest health-care costs.

“We live in a society that incentivizes sleeping as little as possible. Getting too much sleep is seen as a problem, and too little sleep is more common,” Grandner said.

Kacyvenski knows about tilting the odds in his favor — people who had his start in life and succeed don’t leave the big things to chance if they can avoid it. He rose from childhood poverty and homelessness with an alcoholic parent to a bachelor’s degree from Harvard University, Harvard Business School MBA and Super Bowl, not to mention an endorsement from Oprah Winfrey.

“In the end, as an organization you want this, getting people to feel as good as they can every day at work, and productivity will shoot up,” Kacyvenski said. “Big organizations with massive food budgets and an amazing spread are still unable to quantify the difference that makes. This has deep applications around the worker in every way.”

For more on tech, transformation and the future of work, join CNBC at the @ Work: People + Machines Summit in San Francisco on Nov. 4. Leaders from Dropbox, Sas, McKinsey and more will teach us how to balance the needs of today with the possibilities of tomorrow, and the winning strategies to compete.

Grandner said workplace culture has always made a stigma of work, whereas the professional athletes he works with will do whatever it takes to win — meaning a focus on good sleep. “Banking, for example, emphasizes decreased sleep. There are many clear, direct and indirect incentives for sleeping as little as possible — from an earlier start working, to a later stop, seen as a better worker. Things like prioritizing work around the clock or putting in 100 hours.”

He said the data clearly shows how lack of sleep leads to performance degrading over time and that degradation compounds rather than leveling off. “The only way to recover from lack of sleep is sleep,” he said.

We are the only animal that sleep-deprives itself on purpose. We were not built for that.

sleep and health researcher, University of Arizona College of Medicine

To make his point as clear as possible, Grandner says that people need to realize sleep is as fundamental a part of biology as food — you can only go without it for so long, until it kills you. “The longer you go without sleep, your body will take it, but you can get to the point where the body takes sleep even if it knows that falling asleep right now will cause your death.”

And that happens at work, through machine errors, mistakes behind the wheel, “when fighting fires for 30 hours; surgeon on call for 36 hours, installing solar panels 10 hours a day on roofs with no break,” Grandner said. “We are the only animal that sleep-deprives itself on purpose. We were not built for that.”

The sleep researcher says organizations need to shift the way they think about sleep from a cost to an investment. Grandner says short-term metrics may show that professionals can get ahead burning the midnight oil, but longer-term outcomes are negatively affected. His data on productivity loss shows that the less you sleep, the more productivity you lose.

“I like to say, ‘Don’t see sleep as an expense; see it as an investment, especially for people in the business world.’ You need to spend money to make money, and this is a case of that. It is not what you have left at the end of the day or what you can afford. That’s living paycheck to paycheck with your sleep.”

Kacyvenski believes part of the solution will be the rise of the quantified self and quantified employee, an era in which the proliferation of data allows organizations to achieve the same peak performance as athletes at the level of each worker.

“Everyone wants to tilt the odds, chance of success. Automate every aspect of life, from sleep to hydration to energy expenditure,” he said at the CNBC conference. “It is not just elite athletes. Everyone wants to take the guesswork out of their world every day. Sports is a test bed, but data will tell a story on each of us in an amazing way. The quantified athlete is an extension of the quantified self, and you can scale it. We are in the early stages as an investor in the quantifiable employee.”

He said giving people the tools to manage this seamlessly is one of the biggest solutions that will evolve over the next five years, allowing individuals to take a proactive approach to how they feel.

But it is still the early days in this data age. A 2017 study from researchers at the Rush University Medical School and Northwestern University’s Feinberg School of Medicine found that sleep devices and apps from companies, including Apple and Fitbit, did not achieve better health outcomes. A recent New York Times tech review of sleep aids argues that these apps and an intense focus on sleep data may make sleep worse as people obsess over data they can’t properly interpret.

Researchers say it is simply too early to tell.

Chris Barnes, who studies work and sleep as a professor at the University of Washington’s Foster School of Business and has a TedX Talk on the topic, said via email that ruminating about how little you sleep can lead you to stress about it, which could make it harder to sleep.

“We are in the Wild West era of sleep measurement devices and apps. A very few have been empirically validated. The vast majority have not been, at least not to a standard that I would find compelling.” But he added, “My general perspective is that most people will probably benefit from getting at least some feedback on how much and how well they are sleeping. Sleep apps can be one tool for doing that. But it’s pretty easy to go overboard and use the wrong device, the wrong app, for the wrong reasons, in an obsessive manner and maybe even get harmful outcomes as a result.”

Grandner said the science of sleep measurement is imperfect and needs to get better at knowing what to do with the information and making recommendations to individuals. But the fact that it has flaws does not mean we should do nothing — or overinterpret the information.

He is optimistic that in small ways the conversation about sleep as a cost is losing favor. “We’re no longer at the point where people are bragging about how little sleep they need. Now they are bragging about how little sleep we get, even though we know we need more … There’s a little guilt in there, like with food and exercise. That’s an important change in conversation, recognizing it as important.”

He added, “I tell sports teams and companies that if you have a nutrition program and an exercise program and don’t have a sleep program, you are balancing on a two-legged stool.”

If a company won’t invest in sleep, workers should keep in mind that the cost in lost productivity is never going to be as critical as the cost to the worker over time: Lack of sleep leads to increased risk of disease and death. And no worker should think they are an outlier to the average person.

“Most people are not the exceptions. On average, we need more rather than less sleep,” Grandner said. “People who say they get seven to eight hours live longer, get less sick, less injured, do better mentally, and physically perform better too. It is a good rule of thumb, a reasonable rule of thumb.”

P&G is in a 'much better place' to withstand the next recession, CEO David Taylor says
The largest grocery chain in the US is working with UPS, FedEx, and USPS to lure more shoppers to st...
2018 was Earth's fourth hottest year on record, NOAA and NASA report
Trump says people must get vaccinated amid measles outbreaks
Category: Business
Tags: Business News, Business Updates