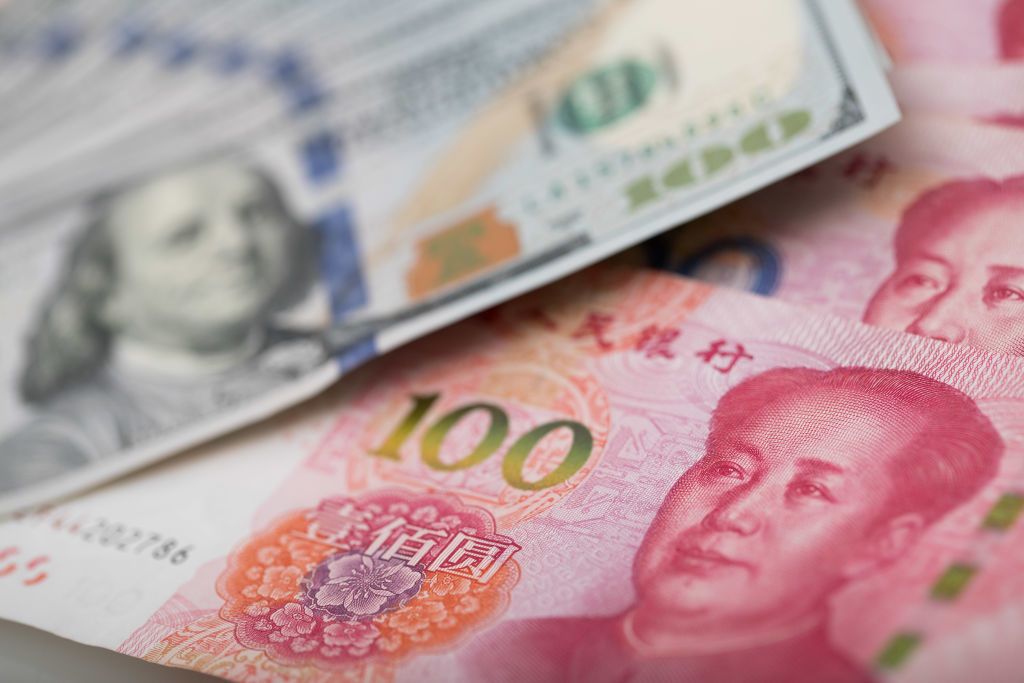 US dollar and China Yuan arranged for a photograph on September 7, 2017.

China’s central bank set the official midpoint reference for the yuan at 7.0312 per dollar on Wednesday — stronger than Tuesday’s fixing, and stronger than what analysts had predicted.

It was, still, the fifth consecutive session where the People’s Bank of China (PBOC) fixed the midpoint at a level weaker than the psychologically important 7-yuan-per-dollar mark.

Analysts were predicting the midpoint to be set at 7.0502 per dollar, according to Reuters estimates. The onshore yuan last traded at 7.0395 in Tuesday’s session.

On Wednesday morning around 9.03 a.m. HK/SIN, the offshore yuan traded at 7.0277 against the dollar, slightly weaker than Tuesday’s close but stronger than the end of last week, when it hovered around the 7.09 level.

The yuan depreciated past 7 per dollar last week for the first time since the global financial crisis of 2008, which prompted the U.S. Treasury Department to designate China as a currency manipulator.

A weaker currency makes a country’s exports more attractive in international markets and U.S. President Donald Trump has complained that a cheaper yuan will give China a trade advantage.

The PBOC lets the currency’s spot rate trade with a range of 2% above or below the day’s official midpoint fix and this is known as the onshore yuan. The less restrictive exchange rate used outside mainland China is known as the offshore yuan.

Investors usually look at the difference between the onshore and offshore exchange rates to determine if the Chinese central bank is manipulating the yuan.