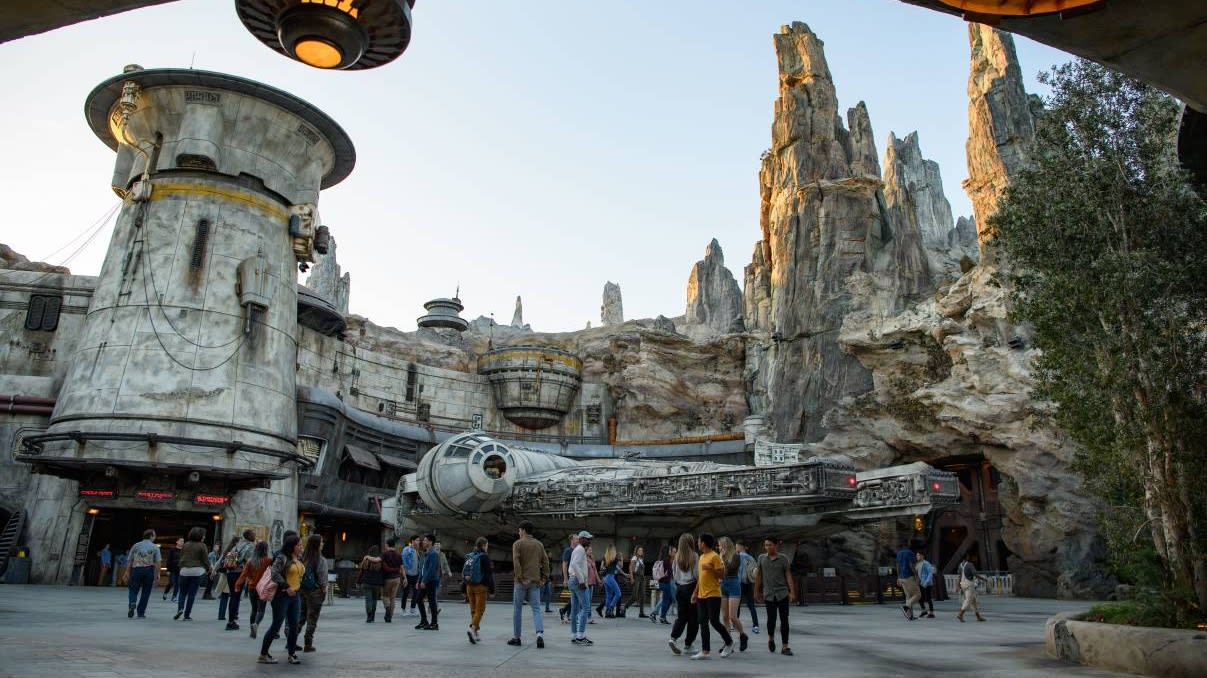 In the days leading up to Disney’s D23 Expo panel on its parks and resorts, the company announced several major additions to its line up of destinations. On Sunday, the company is expected to expand on those reveals as well as detail a number of other exclusive updates about its theme parks and cruise lines.

On Thursday, Disney unveiled concept art of its first Disney 360 project — The Star Wars: Galactic Starcruiser. The Star Wars themed hotel is being designed to be immersive for guests every minute of every day.

The company also said that a theme park experience based on the animated feature “Moana” would be coming to Epcot. Journey of Water, as it has been called, will allow guests to interact with magical, living water.

Additionally, Disney unveiled the name of the Tron-themed coaster coming to Magic Kingdom in 2021. It takes inspiration from the Shanghai Disneyland attraction. The coaster will be called: Tron Lightcycle Run.

More reveals, updates and surprises were announced on Sunday.

The parade features music from Todrick Hall as well as floats based on “Coco,” “Moana,” “Sleeping Beauty” and more. The parade will debut in Spring 2020.

A new ride featuring old school versions of Minnie and Mickey Mouse is being housed in the old replica of the Chinese Theater in Disney’s Hollywood Studios in Orlando, Florida.

The new castle is inspired by 13 different Disney princesses, including Cinderella’s coach, Snow White’s apple and Belle’s rose. The new icon will be called the Castle of Magical Dreams.

A “Frozen” theme park land is coming to Disney in Hong Kong. The land will give fans a chance to walk around Arendelle and even take a trip on Wandering Oakens Sliding Sleigh, a roller coaster.

Walt Disney has partnered with Cirque Du Soleil to create an all new show coming to Disney World in Orlando. The show will integrate iconic Disney characters. The performers will interact with animated characters, the company said during the panel.

The music of the show will also integrate themes and melodies from well-known animated features. Previews begin in March 2020 and the show will debut in April 2020.

Target on Sunday announced it’s opening dozens of permanent Disney stores within its own stores over the next year.

Starting in October, 25 Disney stores will open at certain Target stores across the country, the company’s CEO said at the panel.

These campuses in Orlando and Anaheim will let parkgoers become Avengers. The park lands will feature a Spider-Man attraction as well as the Pym Particles Test Kitchen.

Worldwide Engineering Brigade aka WEB is a company that helps give regular people super powers. WEB will be home to the Spider-Man experience. Here you will get the chance to test out their webslinger vehicle. While driving the vehicle little spider bots are let loose and you must snatch them up with your new web-slinging powers.

There is also an area based on Dr. Strange. Thor, Black Panther, Black Widow, and more will be walking around the park — you might also catch of a glimpse of the trickster Loki.

Phase one of the project will open next year, Chapek said.

A new hotel in Paris will garner inspiration from Marvel’s iconic heroes. Rooms in the hotel will feature art and color designs based on fan-favorite characters.

Big changes are coming to Epcot. Disney will be updating classic attractions and transforming locations to be more family-friendly and to have a little more Disney flair.

The World Showcase will remain, but three more neighborhoods will be added: Discovery, Celebration and Nature.

The new spaceship earth will focus on storytelling, Chapek said. He said many of the scenes that were part of the original will remain, but be updated. New moments will also be added. The exit to the ride will be called Dreamer’s Point and feature a new statue of Walt Disney.

World Celebration will be filled with a wishing tree, a story fountain and a pavilion for live events.

World Nature will feature The Journey of Water experience based on “Moana.”

In the World Showcase, Remy from “Ratatouille” will appear in a ride in the France area of the park. The ride will shrink people down to the size of mice and they will race through Gusteau’s kitchen. A creperie will also be added to the France area.

Additionally, a “Mary Poppins” attraction is coming to the United Kingdom area of the park. The company is adding a whole neighborhood based on Cherry Tree Lane.

Epcot will also be getting a new nighttime spectacular called Harmonious. It will debut in 2020.

This is a breaking news story. Please check back for updates.