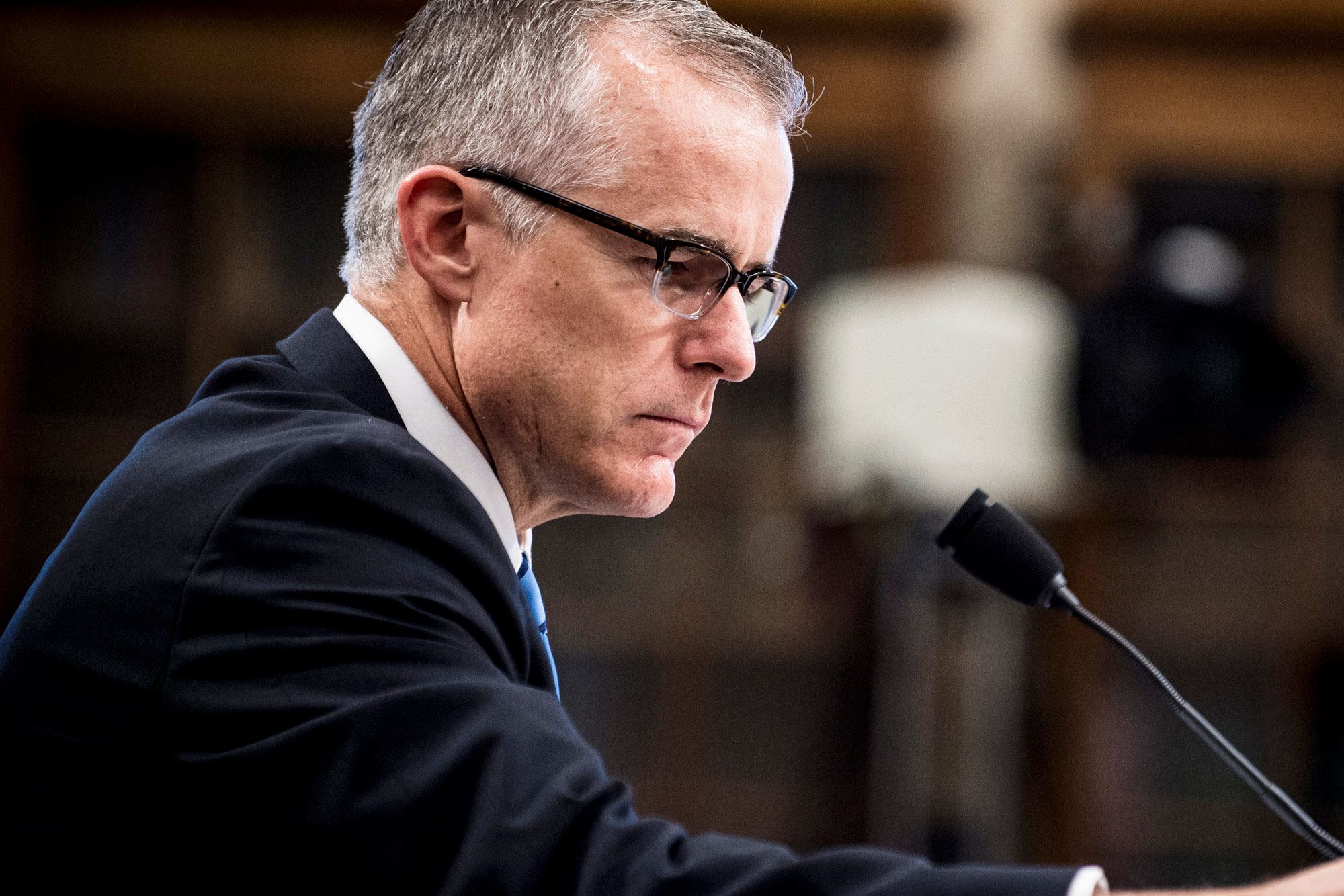 Former FBI Deputy Director Andrew McCabe filed a lawsuit against the Department of Justice on Thursday over his 2018 firing, which came just over 24 hours before he planned to retire, alleging the punishment was “politically motivated and retaliatory.”

The suit was filed in the U.S. District Court in Washington. It names Attorney General William Barr and FBI Director Christopher Wray, as well as the DOJ and FBI, as defendants.

McCabe, who served in the FBI for more than two decades, alleged that President Donald Trump schemed to “discredit and remove DOJ and FBI employees who were deemed to be his partisan opponents because they were not politically loyal to him.”

McCabe’s public firing by then-Attorney General Jeff Sessions was a “critical element” of the scheme, according to the suit. It says that the reason given for his firing — that he violated the law and FBI media rules by disclosing information related to an investigation into Hillary Clinton — was a pretext.

“In truth and in fact, the sole decision-maker concerning Plaintiff’s termination was Trump, whose decision was made and finalized before Defendants ever commenced their pretextual termination process,” the suit says.

McCabe is seeking “any and all relief necessary for him to retire as he had originally planned: as the Deputy Director of the FBI and an agent in good standing, with sufficient time in service to enable him to receive his full earned law enforcement pension, healthcare insurance, and other retirement benefits.”

The White House and the Department of Justice did not immediately provide comment.