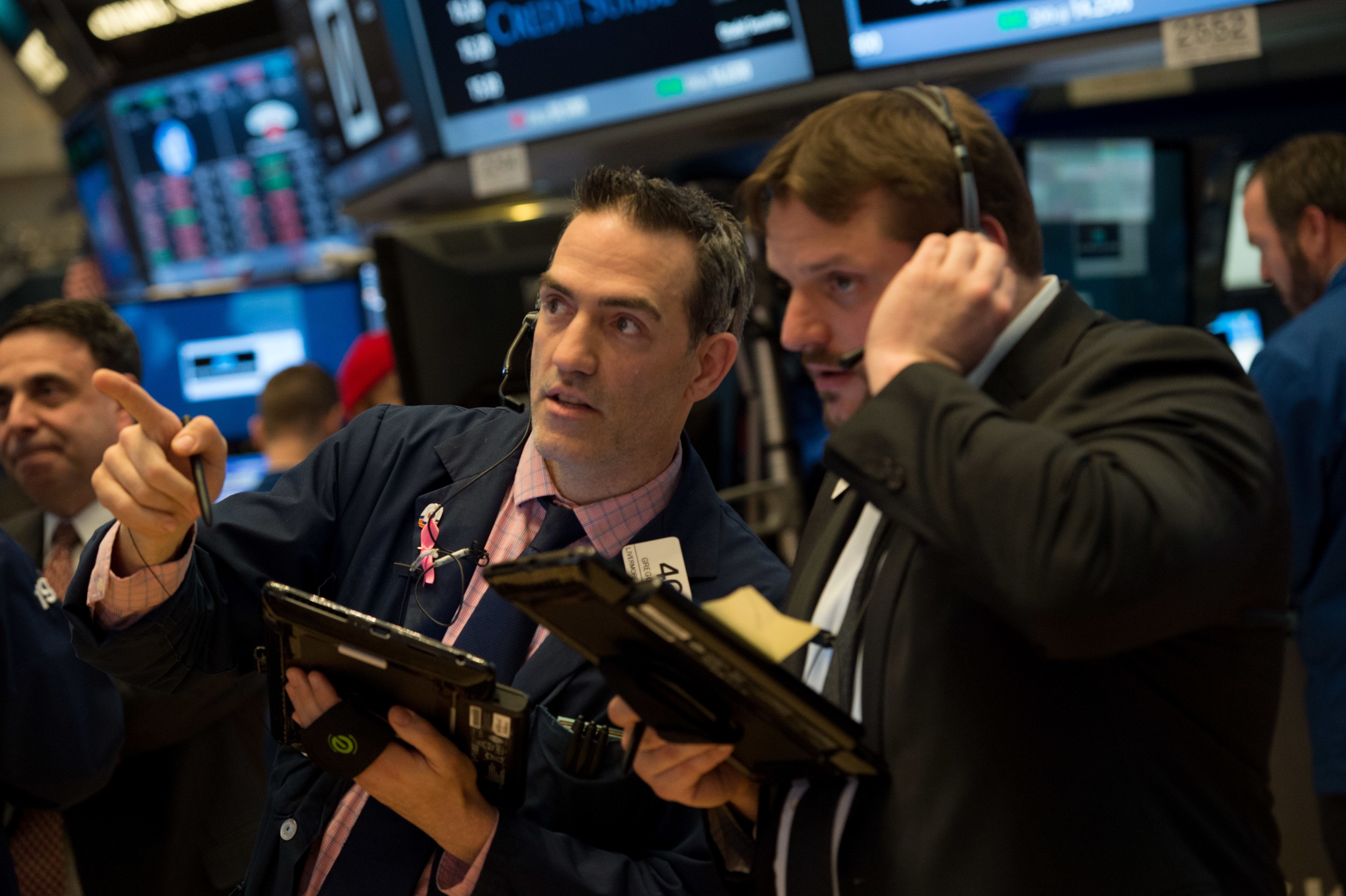 Traders work the floor of the Dow Jones at the closing bell of the New York Stock Exchange.

Check out the companies making headlines midday on Friday:

Uber Technologies — Shares of the transportation and food ordering service company fell 7.8% after reporting a huge loss during the second quarter. Uber announced a $5.2 billion loss during the quarter due to substantial stock-based compensation costs.

CBS — CBS shares dropped 4% despite the company reporting positive results for its quarterly earnings. The company had an adjusted quarterly profit of $1.16 a share, 4 cents above estimates, and revenue also beat forecasts, boosted by ad sales for the NCAA men’s basketball tournament and increased content licensing and distribution fees. CBS is in final talks with Viacom on a merger agreement, which is expected soon.

Dropbox — The online file storage and sharing service company’s stock nosedived 12.9% after the company’s second quarter results missed on two key metrics, which counteracted strong sales and earnings. The company reported deferred revenue of $517.3 million compared to the FactSet estimate of $527.7 million. Deferred revenue is a key metric for subscription-based services such as Dropbox. The company’s billings for the quarter also disappointed investors, coming in at $410.4 million. Analysts polled by FactSet expected billings to come in at $420.3 million.

News Corp — News Corp shares jumped 5.1% after the company reported adjusted quarterly earnings of 7 cents a share, beating estimates by 4 cents. The Wall Street Journal publisher’s revenue missed forecasts, however, due to lower ad revenue and falling book sales in its publishing unit, as well as other factors. Earnings beat in the quarter due to cost cuts across the company and a higher contribution from News America Marketing than in the previous year.

Nektar Therapeutics — Nektar Therapeutics plunged more than 30% Friday after the company revealed manufacturing errors for a cancer drug that is currently in clinical trial. One version of the drug, which the company is developing with Bristol-Myers Squibb, had recently received a breakthrough designation from the Food and Drug Administration for early results treating melanoma.

Albemarle — Shares of Albemarle slid 5.2% after the chemical company announced its plans to delay construction of about 125,000 tons of lithium processing capacity due to the oversupply of the metal used to make electric vehicle batteries pushing down prices. The trade war between the U.S. and China have upset the commodity markets, particularly Lithium.