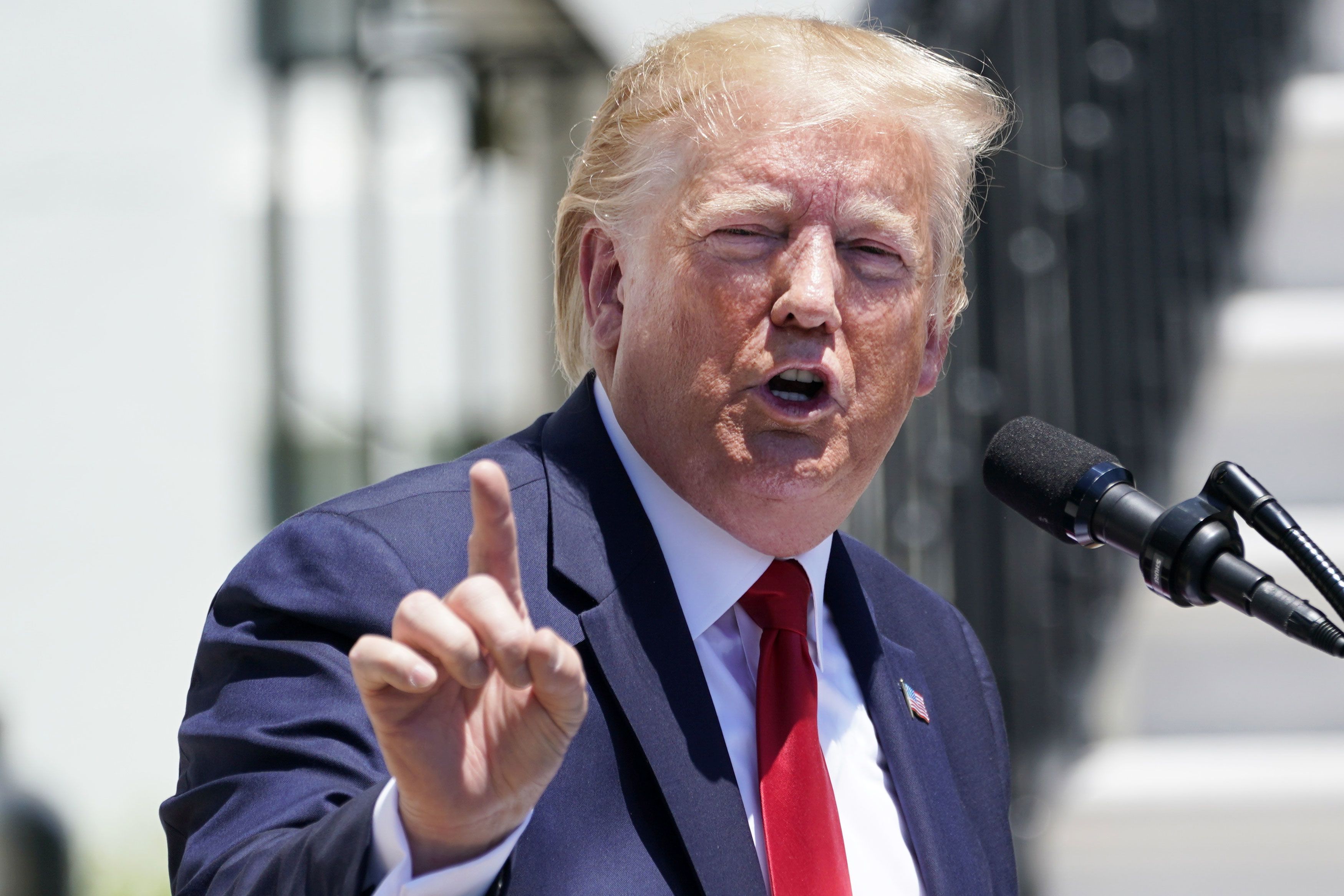 President Donald Trump speaks on the South Lawn of the White House in Washington, July 15, 2019.

President Donald Trump on Monday called for reforms to the nation’s mental health laws after back-to-back shootings in El Paso, Texas and Dayton, Ohio over the weekend killed at least 31 people.

“We must reform our mental health laws to better identify mentally disturbed individuals who may commit acts of violence,” Trump said in an address to the nation from the White House on Monday. “Mental illness and hatred pulls the trigger, not the gun.”

But Trump’s critics and health policy experts say moves out of the White House have made and will make it more difficult for people to obtain the mental health-care the president is advocating.

One factor that could inhibit care for individuals is the move by the Trump administration allowing people to remain longer in less-expensive short-term health plans, also sometimes referred to as “skimpy” plans, said Larry Levitt, executive vice president for health policy at the Kaiser Family Foundation.

Judy Solomon, a senior fellow at the Center on Budget and Policy Priorities, said the president’s approval of work requirements for Medicaid beneficiaries could also hinder care. Last year, more than 4,300 Medicaid recipients in Arkansas lost coverage after failing to meet the state’s new work requirements.

Taking coverage away would cause many low-income adults to lose health coverage, including people who can’t work due to mental illness and may need to seek care.

Additionally, a sort-of existential threat to mental health coverage is the lawsuit backed by the Trump administration that attempts to throw out the Affordable Care Act, more commonly called Obamacare. Led by Texas, 18 Republican state attorneys general argue that a federal appeals court should uphold a Texas federal court ruling in December that struck down the law.

The White House did not respond to CNBC’s request for comment.

In response the president’s remarks Monday, the National Alliance on Mental Illness said the statements were “contrary only serve to perpetuate stigma and distract from the real issues.”

“In the U.S., it is easier to get a gun than it is to get mental health care,” Acting CEO Angela Kimball said in a statement. “We need to flip the script. It should be easy—not hard—for people to get the mental health care they need.”