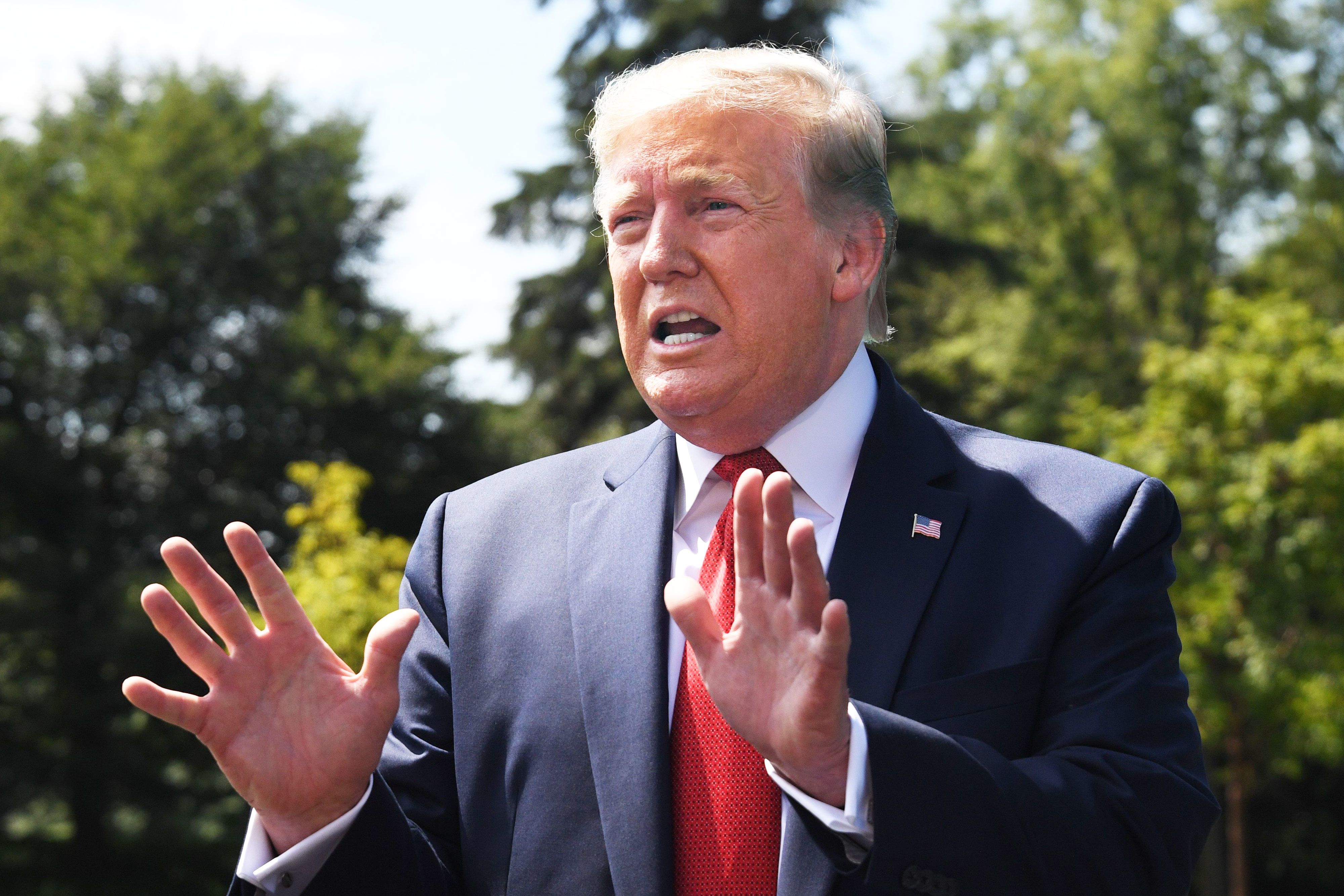 Home » News, Insights & Trends » Business » Trump can use these powers to pressure US companies to leave China

President Donald Trump speaks to the media as he departs the White House in Washington, DC, on August 21, 2019.

Hours after China announced retaliatory tariffs on U.S. goods on Friday, President Donald Trump ordered U.S. companies to “start looking for an alternative to China, including bringing your companies HOME and making your products in the USA.”

The stakes are high: U.S. companies invested a total of $256 billion in China between 1990 and 2017, compared with $140 billion Chinese companies have invested in the United States, according to estimates by the Rhodium Group research institute.

Some U.S. companies had been shifting operations out of China even before the tit-for-tat tariff trade war began more than a year ago. But winding down operations and shifting production out of China completely would take time. Further, many U.S. companies such as those in the aerospace, services and retail sectors would be sure to resist pressure to leave a market that is not only huge but growing.

Unlike China, the United States does not have a centrally planned economy. So what legal action can the president take to compel American companies to do his bidding?

Trump does have some powerful tools that would not require approval from U.S. Congress:

Trump could do more of what he’s already doing, that is hiking tariffs to squeeze company profits enough for them to make it no longer worth their while to operate out of China.

Trump on Friday boosted by 5 percentage points the 25% tariffs already in place on nearly $250 billion of Chinese imports, including raw materials, machinery, and finished goods, with the new higher 30% rate to take effect on Oct. 1.

He said planned 10% tariffs on about $300 billion worth of additional Chinese-made consumer goods would be raised to 15%, with those measures set to take effect on Sept. 1 and Dec. 15.

In addition to making it more expensive to buy components from Chinese suppliers, tariff hikes punish U.S. firms that manufacture goods through joint ventures in China.

Trump could treat China more like Iran and order sanctions, which would involve declaring a national emergency under a 1977 law called the International Emergency Economic Powers Act, or IEEPA.

Once an emergency is declared, the law gives Trump broad authority to block the activities of individual companies or even entire economic sectors, former federal officials and legal experts said.

Trump used a similar strategy earlier this year when he said illegal immigration was an emergency and threatened to put tariffs on all Mexican imports.

Past presidents have invoked IEEPA to freeze the assets of foreign governments, such as when former President Jimmy Carter in 1979 blocked assets owned by the Iranian government from passing through the U.S. financial system.

“The IEEPA framework is broad enough to do something blunt,” said Meyer.

Using it could risk unintended harm to the U.S. economy, said Peter Harrell, a former senior State Department official responsible for sanctions, now at the Center for a New American Security. U.S. officials would need to weigh the impact of China’s likely retaliation and how U.S. companies would be affected.

Another option that would not require congressional action would be to ban U.S. companies from competing for federal contracts if they also have operations in China, said Bill Reinsch, a senior adviser at the Center for Strategic and International Studies think tank.

Such a measure might be targeted specifically at certain sectors since a blanket order would hit companies such as Boeing (BA.N), which is both a key weapons maker for the Pentagon and the top U.S. exporter.

Boeing opened its first completion plant for 737 airliners in China in December, a strategic investment aimed at building a sales lead over its European arch-rival Airbus (AIR.PA).

Boeing and Airbus have been expanding their footprint in China as they vie for orders in the country’s fast-growing aviation market, which is expected to overtake the United States as the world’s largest in the next decade.

1917 Trading with the Enemy Act

A far more dramatic measure, albeit highly unlikely, would be to invoke the Trading with the Enemy Act, which was passed by Congress during World War One.

The law allows the U.S. president to regulate and punish trade with a country with whom the United States is at war. Trump is unlikely to invoke this law because it would sharply escalate tensions with China, said Wu.

“It would be a much more dramatic step to declare China to be an enemy power with which the U.S. is at war, given the president has at times touted his friendship with and respect for President Xi (Jinping),” said Wu.

“That would amount to an overt declaration, while IEEPA would allow the Trump administration to take similar actions without as large of a diplomatic cost.”