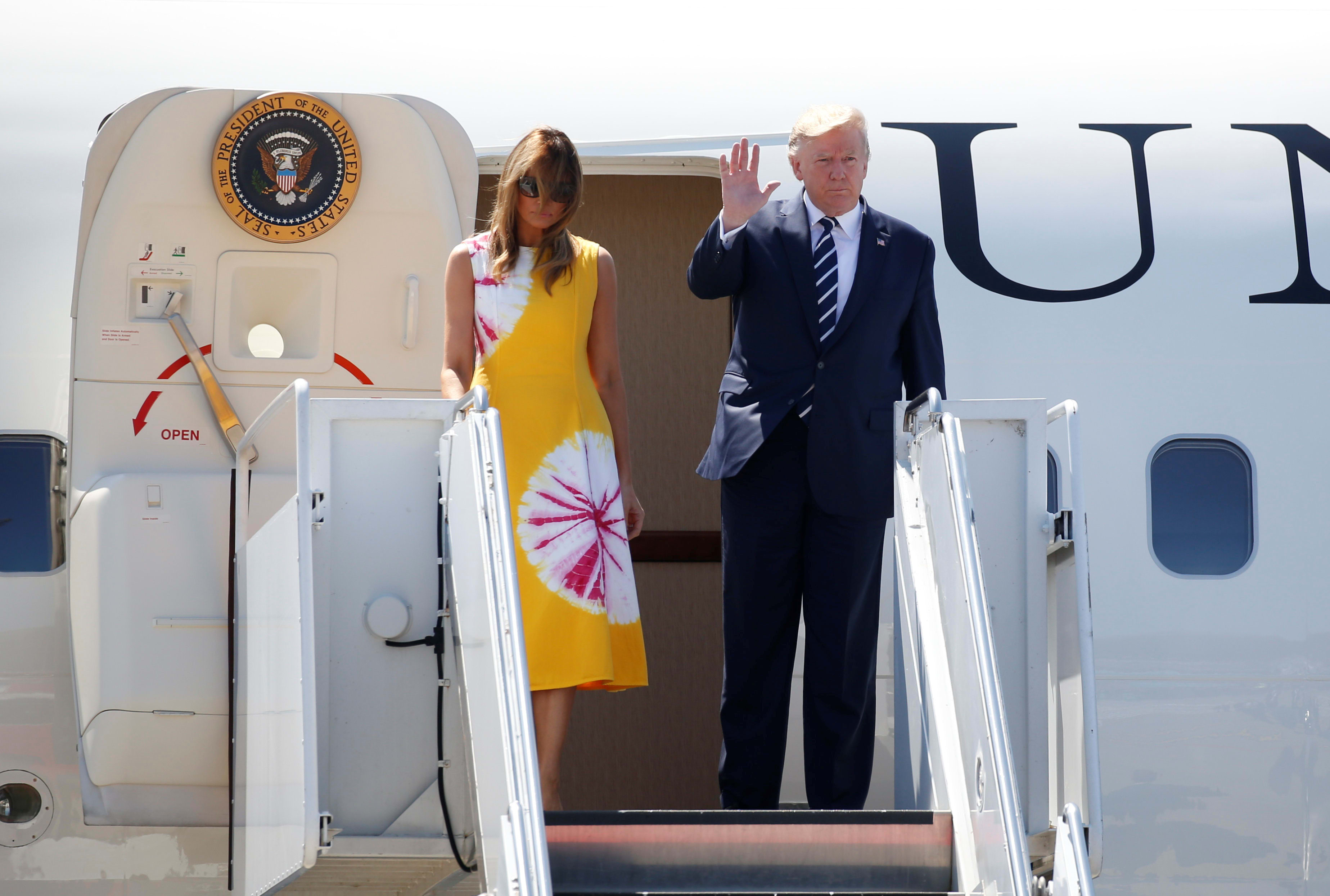 President Donald Trump arrived in France on Saturday for the annual meeting of the Group of 7 powers, one day after he called his Federal Reserve chief an enemy of the United States and urged American companies to end business with China in the midst of an escalating trade war.

The summit comes amid fears over a global economic slowdown, and U.S. tensions with allies over trade, Iran and Russia.

In addition to the China trade war tensions, the president has maintained tough rhetoric against the European Union. The White House is set to decide in November whether they will impose duties on the autos industry in Europe.

Earlier this year, Trump vowed to set tariffs on imported vehicles and parts from the EU and Japan, but delayed that duty for 180 days in May. The president signed a deal with the EU earlier this month to boost U.S. beef exports.

“Dealing with the European Union is very difficult; they drive a high bargain,” Trump said. “We have all the cards in this country because all we have to do is tax their cars and they’d give us anything we wanted because they send millions of Mercedes over. They send millions of BMWs over.”

British Prime Minister Boris Johnson told reporters upon his arrival in France that he plans to tell Trump at the summit to pull back from the trade war with China. Johnson said his priorities for the summit “are clearly the state of global trade.”

“I am very worried about the way it’s going, the growth of protectionism, of tariffs that we’re seeing,” Johnson told reporters on the tarmac.

Macron, who will host the summit, said they were discussing world crises, including Libya, Iran and Russia, as well as trade policy and climate change.

Trump said the two leaders “actually have a lot in common.”

“So far, so good,” Trump said. “The weather is fantastic. Everybody’s getting along. I think we will accomplish a lot this weekend.”

When asked if he would place tariffs on French wines in retaliation for France’s digital services tax, as he previously threatened to do, Trump was noncommittal, but responded that he loves French wine.

Donald Tusk, president of the European Council, said on Saturday that the EU would “respond in kind” if the U.S. imposes tariffs on France over the digital tax plan.

The G-7, which represents the world’s major industrial economies, includes the U.S., Germany, France, Japan, Canada, Italy, and the U.K.

At the summit, world leaders are expected to discuss several foreign policy matters, including Iran and tensions between India and Pakistan, as well as record wildfires in the Amazon rainforest that have spurred global outrage.

Formal talks begin Sunday morning. Many experts expect the summit to end without a joint communique because of clashes on trade.