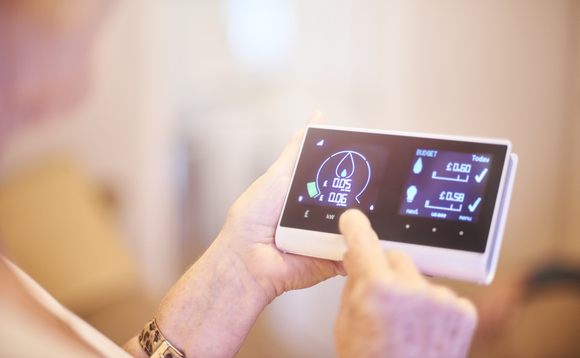 Sluggish roll out of smart meters could jeopardise journey to low-carbon electricity system, according to Labour’s Alan Whitehead

That is the stark warning issued today by Labour’s Shadow Energy and Clean Growth Minister Alan Whitehead, who writing for BusinessGreen predicts the UK will not reach the “critical mass” of smart meters needed across the country to allow the technology to deliver system-wide benefits.

Data released yesterday by the government reveals there are now 14.9 million smart meters in homes and businesses across Great Britain. The latest data shows the number of smart meters has risen 4.2 per since the end of March, but the roll-out is still falling well short of the estimated 50 million needed to meet the government’s target of offering a smart meter to every home and business in Britain by the end of next year.

Whitehead said even if energy companies vastly accelerate the roll-out of smart meters in the remaining months through to the end of 2020, the UK is still set to be equipped with 50 per cent smart meters and 50 per cent ‘dumb’ meters.

To make matters worse, the government said data from suppliers suggests that almost three million of existing smart meters are operating in “traditional mode” and are not sending consumption data directly to suppliers. Research from comparison site uSwitch released earlier this month also suggests one in three households report problems with their smart meters, with some finding their meters stopped working entirely.

The government declined to comment on the concerns it is set to miss its target by a wide margin, or on questions of how it proposes to address the issue.

It provided a statement describing the rollout of smart meters as a “vital national energy infrastructure upgrade that will make our energy system cheaper and more efficient for consumers”.

“With more than 14 million smart and advanced meters now operating across Great Britain, millions of consumers are already benefitting from having a smart meter, including reducing their energy bills and getting access to more competitive tariffs,” a spokesperson added.

However, Whitehead warned a failure to meet the government’s self-imposed 2020 deadline will have serious consequences for the decarbonisation of the electricity system.

“We will face the position, well into the process of decarbonising electricity and gas, where one of the main instruments for ensuring the system works as smartly as possible will be present in only 50 per cent of properties, and even then with a very variable national distribution – the north of England is far behind with its roll out, partly because of radio signal problems,” Whitehead said.

He added that the deployment shortfall will mean many of the expected benefits from smart meter infrastructure will not be realised.

“Smart meters always were about securing a data point in each household so that energy use can be properly calibrated, and the deployment of more volatile resources can be planned and executed in real time,” he said. “The government itself stated a while ago that ‘benefits depend on a critical mass of SMETS 2 meters being installed’, and the dawning truth now is that this critical mass certainly won’t exist come the end of 2020.”

Whitehead is calling for a “nationally financed, infrastructure effort”, similar to the roll out of natural gas or high quality television signals, to help put the deployment programme back on track.

But he said the government is yet to give any indication it has heeded warnings from the National Audit Office and others that the 2020 target is unfeasible, nor that it is considering any alternative means of completing the rollout.