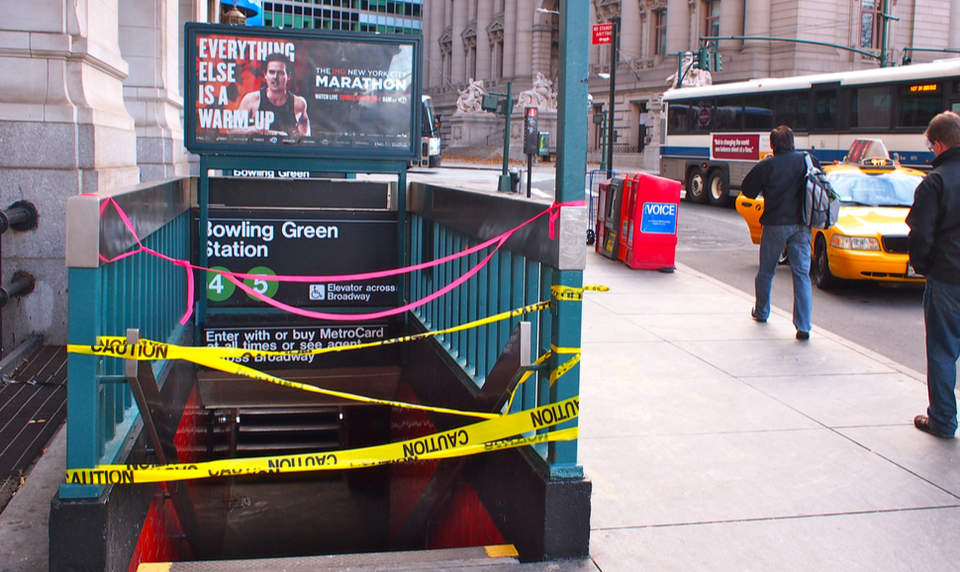 Home » News, Insights & Trends » Green Business » Will the rise of private climate services benefit society or only those who can afford to pay?

Sorkin argues that companies like his — part of an industry that in 2015 was valued globally at $2.6 billion with 6 percent to 10 percent growth per year — are nimble and innovative where government can be slow and cautious. “We’re years ahead of what the public sector is doing,” he says.

Scientists were saying, ‘We knew this could happen. …[There was] a disconnect between the available data and projections around risks from climate change.’

In his statement, he likened Jupiter’s impact on climate science to the disruptive influence of Amazon, Microsoft and Google on supercomputing: “In nearly every case, the private sector is leading the adoption of these new technologies, driven by brutal competition for profits.”

And for companies like his, those profits can be lucrative. Jupiter’s clients include players in oil and gas, insurance and defense. A new customer can expect to pay anywhere from $200,000 to $500,000 to learn how it is exposed to floods, heat, storms, fires and other impacts of climate change. A yearlong subscription could start at $1 million, Sorkin says, “and for large corporations might be substantially more than that.”

“[Commercially developed climate services] are often exclusive and only accessible by those involved and/or paying for that service,” Marta Bruno Soares, a Met Office university academic fellow in the United Kingdom, wrote in an email. “What is critical at this point is to understand how the climate services produced … are being licensed and what accessibility is allowed to whom.”

“That’s a huge concern, and I’m certainly not going to pretend that we have the solution,” says Emilie Mazzacurati, founder and CEO of Four Twenty Seven, a California-based climate services company recently acquired by Moody’s. When it comes to climate adaptation, she adds, “there is massive inequality and massive concerns over equity that we’re not going to solve with data.”

When you change the narrative and you start discussing the impact that climate change will have on them rather than how evil they are … then you have a completely different conversation.

“I think that is an extremely important issue that we are very mindful of trying to address,” says Sorkin. The company is looking at ways that it can aid those with fewer resources, such as working with U.S. communities to relocate away from climate dangers instead of merely rebuilding after disaster strikes.

“We’re not in a position to give away what we’re doing for free, but we do a pretty substantial amount of pro bono work,” he says.

Mazzacurati founded Four Twenty Seven after Hurricane Sandy devastated New York City in 2012. “What struck me most was the chaos that [an] extreme weather event could bring to one of the wealthiest, most organized, most resourceful cities in the world — and some of its most powerful businesses,” she later recalled.

With parts of Manhattan flooded and without electricity, she wondered why financial organizations in particular — which require a nuanced understanding of risk in order to survive — failed to prepare for an obvious climate threat.

“Scientists were saying, ‘We knew this could happen,’” Mazzacurati says. “[There was] a disconnect between the available data and projections around risks from climate change and the fact that those were not systematically integrated for most organizations.”

Four Twenty Seven describes itself as a provider of “market intelligence.” But it operates on the assumption that corporations and investors that learn about hyper-specific dangers they face from climate change — whether that’s a factory exposed to flooding or a high-carbon investment that could devalue a portfolio — will not only protect their individual assets but push for wider climate solutions.

“We need both global policy action, and we need corporations to prepare for specific impacts,” Mazzacurati says. “The realization of how complex [and costly] those impacts are … should help motivate greater policy engagement.”

While managing the climate services team at the Met Office Hadley Centre, Carlo Buontempo did a project on the impact of climate change on corporations and oil companies.

“When you change the narrative and you start discussing the impact that climate change will have on them rather than how evil they are … then you have a completely different conversation,” says Buontempo. “It’s likely to trigger action.”

But potentially only up to a point. In 2017, Royal Dutch Shell divested $7.25 billion in investments from Canada’s oil sands after learning about the financial damage a market shift to lower-carbon energy could have on its business model. Yet around the same time the company spent $53 billion acquiring the fossil fuel giant BG Group, and The Economist recently reported that Shell is “earmarking most of its $30bn annual capital-expenditure budget over the five-year period [2021–2025] for fossil-fuel related projects.”

Critics wonder if it’s wise to assume that the self-interest of corporations and other powerful actors neatly align with the broader interests of society.

“We need to be alert to the possibility that [climate] service delivery models — couched in the language of entrepreneurialism, efficiency, utility, customization and flexibilization — merely entrench the status quo … rather than support transformational and equitable responses to climate change,” wrote Keele in Climatic Change.

Who will ultimately benefit from this involvement — society at large, or the wealthy and well-connected?

Meanwhile, advocates question the underlying premise of such critiques: that the growth of climate services comes at the expense of traditional research. “We don’t replace the fundamental science that government scientists and agencies perform,” Mazzacurati says. “We’re users of the data and we help bring it to market.” In fact, the Trump administration’s attacks on U.S. climate science — including a proposal to slash US$1 billion from the National Oceanic and Atmospheric Administration alone — are unwelcome news to the industry.

“We’re very much … concerned over the budget cuts,” Mazzacurati says.

Still, Sorkin acknowledges that a private sector approach — at least on its own — isn’t likely to serve the needs of the planet’s most vulnerable. “We don’t really see underdeveloped communities or countries as profit generators for us,” he says. Those types of projects, he says, only make financial sense with the government or NGOs as partners.

No matter which side you come down on, the fact is that decades of warnings from climate scientists haven’t yet produced the global action needed to avoid catastrophe. Buontempo says companies responding to narrow self-interest are one aspect of a desperately needed shift away from carbon-producing activities — along with strategies for dealing with the impacts we’re already locked into.

“The involvement of the private sector is for me inevitable,” he says. “There are not enough academics working on climate to develop all the services that a society needs at this stage.”

Regardless whether that is the case, the question remains: Who will ultimately benefit from this involvement — society at large, or the wealthy and well-connected?