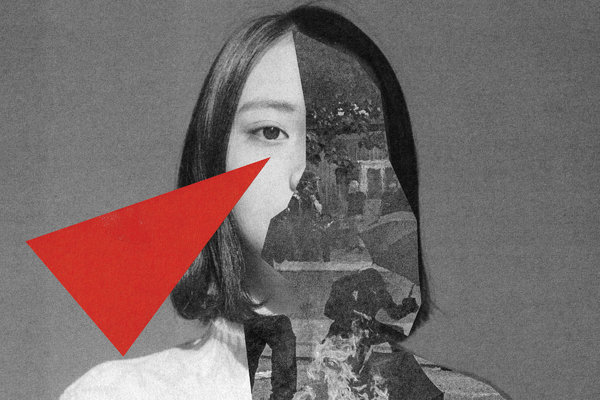 HONG KONG — First came the goose bumps. Then came the tears running down my face. Standing on the second floor balcony of one of Hong Kong’s biggest shopping malls last Thursday night, I turned away from the crowd, trying to hide the fact that I was weeping. But I soon realized I wasn’t alone: A sales lady who’d sneaked out from one of the designer shops also had tears in her eyes; a bespectacled young man nearby quickly removed his glasses and wiped away tears. “O daughters and sons, for justice, revolution of our time,” we sang together. Never had I felt so connected with strangers.

I was at a rally that night with hundreds of people, all of us belting out the words to “Glory to Hong Kong.” The song — a sweeping, stately march dedicated to the city’s pro-democracy protests — has become the city’s unofficial anthem within a matter of weeks. For this Hongkonger, who spent the first half of her life growing up under British colonial rule and then struggled to find her place after Hong Kong was handed over to China in 1997, the experience of hearing it has been transformative. Never had I imagined there could be a song, sung in my native tongue of Cantonese, rather than English (although there is an English version of the song) or Mandarin (the lingua franca of mainland China), that could evoke such a sense of pride and belonging.

I have been waiting for a song like “Glory to Hong Kong” my whole life, even if I didn’t always realize it. Growing up in the 1980s under British rule, I’d basically never heard of “God Save the Queen.” (We were never required to sing it, even though a photo of Elizabeth II did hang in the principal’s office at my primary school.) It wasn’t until 1996, when the Hong Kong windsurfer Lee Lai-Shan stepped onto the podium after winning the city’s first and only gold medal at the Atlanta Olympics, that I realized this song was, technically, “our” national anthem. But I did not know it and had absolutely no feeling for it.

Perhaps our closest equivalent to an anthem before the 1980s was Roman Tam’s “Below the Lion Rock,” a ballad that served as the theme song for a TV show of the same name, which first aired in 1972. The show, which focused on the daily lives of ordinary Hongkongers struggling to make a living, struck a chord with many, and the lyrics of “Below the Lion Rock” evoked the hardships people faced while still trying to come together “to pen the everlasting Hong Kong story.” The show and song gave birth to the so-called “Lion Rock spirit” — but the ballad, while beautiful, is not easy to sing along to. And as Hong Kong has evolved into a first-world society, its lyrics no longer resonate in quite the same way, particularly with young people who dream of more than just a job that keeps food on the table.

We did, briefly, have the Cantonese song “For Freedom.” Written exactly 30 years ago when the pro-democracy movement in China seemed to be gaining momentum and Hong Kong’s entertainment business was at its peak and still at the forefront of the city’s political fights, the song was written and performed by the era’s brightest Canto-pop stars. The song served as the theme of the Concert for Democracy in China, a 12-hour marathon concert attended by hundreds of thousands of people to raise money for students in Beijing on May 27, 1989. Structured like an eighties power ballad, with a distinctive rhythm, “For Freedom” is largely in Cantonese, though the key lines — “Love freedom, for freedom” — are in Mandarin.

At the time, 10-year-old me also attempted to play the song on the piano at home, despite my very limited skills. But China’s pro-democracy movement ended in bloodshed and in the decades since, “For Freedom” seems to have been largely forgotten. The celebrities who once led the people of Hong Kong in singing “for freedom, you and I, hand in hand, fight together” have either passed away or moved on. Some, like Alan Tam, Kenny Bee and Maria Cordero, who sang for students in Beijing 30 years ago, have become supporters of the police today, attending pro-police, pro-government rallies.

Then there was “Boundless Ocean, Vast Skies,” a song by the legendary Hong Kong rock band Beyond. The song evokes a yearning for freedom in spite of obstacles. Five years ago, it became the de facto anthem of the pro-democracy Umbrella Movement, eclipsing another song, “Raise the Umbrella,” which had been written to capture the spirit of the protests. But the song is relatively mellow; its appeal to the emotions is subtle. It does not have the swelling orchestral strains of “Glory to Hong Kong,” which seem to have channeled Hongkongers’ hopes, fears and despair in a unique way.

As “Glory to Hong Kong” spread like wildfire over the past week, echoing through the atriums of shopping malls across the city day after day, I felt both inspired and nervous. The song both symbolizes and accelerates the birth of a renewed Hong Kong identity — the last thing Beijing wants. It was only a few months ago that the Hong Kong government was planning to introduce a new national anthem law that proposed making intentional insults to “March of the Volunteers” — the national anthem of the People’s Republic of China — a criminal offense. That bill has been postponed amid the current crisis, but in the meantime “March of the Volunteers” is being deployed by pro-Beijing protesters, like those who sang it during lunch hour at on Central Hong Kong mall last Thursday, creating a cacophony of dueling anthems.

One of the moving things about “Glory to Hong Kong” is how the song came together. Its primary composer has opted to remain anonymous; he goes only by the name “Thomas.” Its lyrics were crowdsourced and refined on an online forum that has become a hub for protest organizers, where people also made recordings of themselves singing it, which were combined in the final track. As people continue to sing defiantly in the streets and in malls, what could be a better symbol of our leaderless movement? We don’t need a law to tell us what song to respect; we no longer even need Canto-pop stars to tell us what we should sing. Hongkongers have good ears, and good hearts. We know when the right piece of music comes along, one that genuinely represents who we are. May glory be to Hong Kong.

Related
Opinion | Karen Cheung
The Mask I Wear on the Weekends

Hong Kong Protesters, Without an Anthem to Sing, Create One Online 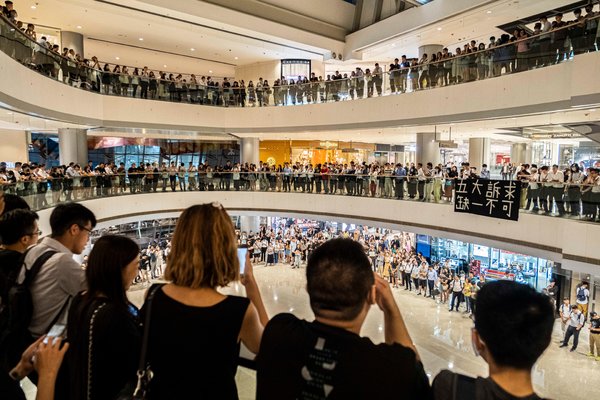 Fueling the Hong Kong Protests: A World of Pop-Culture Memes 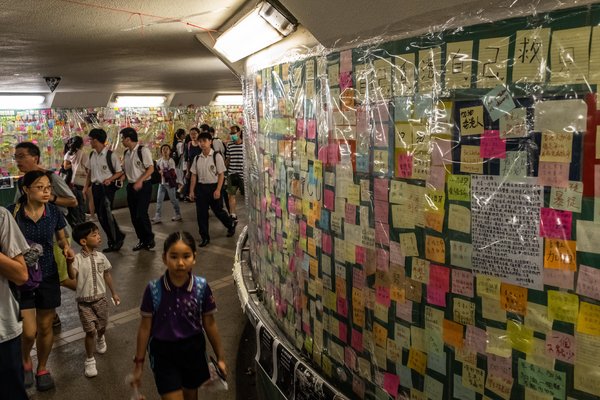 Vivienne Chow is a journalist and cultural critic based in Hong Kong.

The Times is committed to publishing a diversity of letters to the editor. We’d like to hear what you think about this or any of our articles. Here are some tips. And here’s our email: letters@nytimes.com.