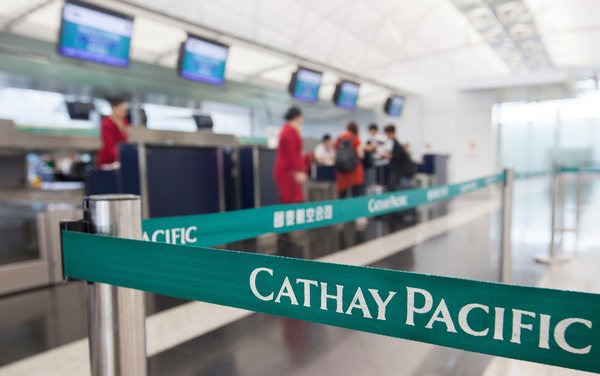 HONG KONG — Mixe Lee’s bosses showed him two Facebook posts. One criticized the police for how they handled the antigovernment demonstrations that have rocked the city of Hong Kong since June. Their question for Mr. Lee, a Cathay Pacific Airways flight attendant: Did he write them?

Mr. Lee denied it, though he had. Then last Thursday, a week after the interrogation, he joined the ranks of those fired by Cathay Pacific after expressing political views that could anger the Chinese government.

“I had never thought that the company would pick on my political orientation,” said Mr. Lee, 30, who had worked at the carrier’s Cathay Dragon regional airline for three and a half years.

Cathay Pacific is fighting for its survival, and its employees risk becoming collateral damage. The Hong Kong-based airline is perhaps the most vulnerable of the global businesses caught between the city’s pro-democracy protesters and a Chinese government that has labeled them violent radicals. China wants the business world to take its side, and it is threatening to withhold access to its big and growing market from companies that don’t.

Beijing has threatened to close off Chinese airspace to Cathay unless it contains its employees. But many of Cathay’s 26,000 Hong Kong-based employees sympathize with the protesters.

The result is what many in Cathay call “the white terror,” a name that harks back to Taiwan’s bloody anti-Communist crackdown in past decades. Nearly two dozen current and former employees described an atmosphere of fear. Many are deactivating their social media accounts, or changing the photos on their profiles so that their managers won’t recognize them.

“You can feel the distance between colleagues,” said Jack Tung, a 32-year-old Cathay Pacific purser who also serves as a first aid provider during Hong Kong’s protests. “I can’t trust those whom I don’t know because I’m not sure whether they would report me to management. It’s like a ‘the Big Brother is watching you’ scenario, especially when you are in the air.”

Those who fly to China say they face even more scrutiny from Chinese air officials, who comb planes after they land for foreign publications that cover the protests and put employees through onerous screening.

It is not clear how many employees have been fired or suspended. Cathay Pacific did not respond to several requests for comment. In previous statements, it condemned violent protests, expressed support for Hong Kong’s government and police force and said it had no choice but to comply with Chinese safety directives.

“We have been Hong Kong’s home carrier for many decades,” a recent statement said. “This is our home. We have grown with this great city and are committed to remaining at the heart of its future growth and success.”

On Wednesday, citing a drop in August traffic, Cathay said it would trim its growth plans. The problems could continue. While city leaders have canceled a bill that would have allowed extraditions of criminal suspects to the mainland, a catalyst for the protests, they have continued over other problems.

Hong Kong’s protests and Beijing’s growing willingness to intercede in the city’s affairs could profoundly change how people work and do business in the Asian financial capital. Cathay, for example, is controlled by Swire Pacific, one of a handful of conglomerates that can trace their history to Hong Kong’s early British colonial era, and have long been dominated by non-Chinese executives. Because it depends so much on business in China, it faces growing pressure to show its loyalty.

“If they want to gain better access to the Chinese market to do business better and easier, foreign companies want to satisfy the nationalistic preferences to the extent they can,” said Zhiwu Chen, a professor of economics at the University of Hong Kong. “Given that background, native Chinese executives are more likely to develop better personal connections on the mainland, either with officials or with other business executives.”

Last month, as Beijing piled pressure on the airline, the company named Augustus Tang, a 60-year-old longtime Cathay and Swire employee, as its new chief executive, replacing Rupert Hogg, the British-born executive who had led the company for only two years.

Cathay also sent a strong message to employees that public support for the protests would not be tolerated. Managers recirculated company guidelines that call for workers to blow the whistle on one another. It fired a pilot who had been arrested during a protest and fired two staff members who were accused of leaking the personal travel details of Hong Kong police officers who were traveling to the mainland for a soccer event, a disclosure that angered Chinese media amid doxxing accusations on both sides.

Tensions worsened in recent days after three flights originating in Hong Kong were found to be carrying depleted oxygen bottles, which would be used by cabin crews if a plane depressurized, raising questions in local news media over whether sabotage was the cause. Cathay said it had suspended the cabin crews involved and was investigating the incidents.

Cathay has not always had smooth relations with its employees. In 2012 and 2015 it narrowly avoided strikes by flight attendants over pay, and just last year it said it would abandon a widely loathed skirts-only policy for female members of cabin crews.

But current and former employees describe what had once been a more open and collegial workplace. Employees were encouraged to admit mistakes with minimal fear of retribution so they could discuss ways to improve their performance. Flight crews openly discussed politics and other sensitive issues.

“The company used to teach us about teamwork,” said Katherine Sin, a 36-year-old flight attendant for nine years. “Our motto was ‘People. They make an airline.’ But now everyone is stabbing other people in the back.”

Ms. Sin said Cathay managers had called her into their offices at Cathay City, the company’s glassy complex near Hong Kong’s airport, two weeks after Mr. Hogg’s resignation. They showed her screenshots of her Facebook and Instagram accounts criticizing the police, including one that said, “If at this point you still support the government and the police, I don’t think you can call yourself a human.” All the posts were made before Mr. Hogg resigned, she said.

Ms. Sin denied the accounts were hers, though they were. She believed that she would be immediately fired if she admitted to them, she said, and that she had not violated company policy. She was fired last Thursday.

“I dedicated myself to the company,” Ms. Sin said. “I loved my company. I used to say proudly to other people that I was a stewardess from Cathay Pacific. But now I can’t say that anymore. I’m too heartbroken.”

Employees have also been questioned about what they wrote more privately.

Joi Lam, a 36-year-old flight purser at Cathay Pacific for 12 years, said she was summoned to an urgent management meeting on Aug. 30. Managers showed her two screenshots from a private WhatsApp group she had created for colleagues who were also mothers, in which she suggested buying helmets, face masks, food and other supplies for the protesters.

Like the other employees interviewed by The New York Times, she initially denied the posts were hers. She was later fired.

“I feel I was just an employee reference number to the company,” said Ms. Lam, who believes another employee in the WhatsApp group showed her posts to management. “They can delete whoever they want from the system without hesitation.”

Flight crews who travel to China face even more scrutiny from local regulators, several employees said, though they noted that the attention had eased in recent days. Some workers described longer-than-normal flight delays at Chinese airports and regulators searching cabins for periodicals that cover the protests. Others have had to go through searches by security officials, even for those who had to fly out again.

Several Cathay employees asked for anonymity for fear of reprisal. Many employees said they would have a difficult time finding similar jobs elsewhere. Departing workers would have to take their chances with a foreign airline, a regional airline or one of China’s state-run carriers.

Mr. Tung, the purser, did not ask for anonymity. He said he expected to be fired for talking publicly about Cathay’s problems. The risk, he said, was worth it.

“I hope that by making public what’s happening to the company, I can protect my colleagues,” Mr. Tung said. “If I don’t have the right to talk freely, then what use is this job?”

Author: Tiffany May and Ezra Cheung