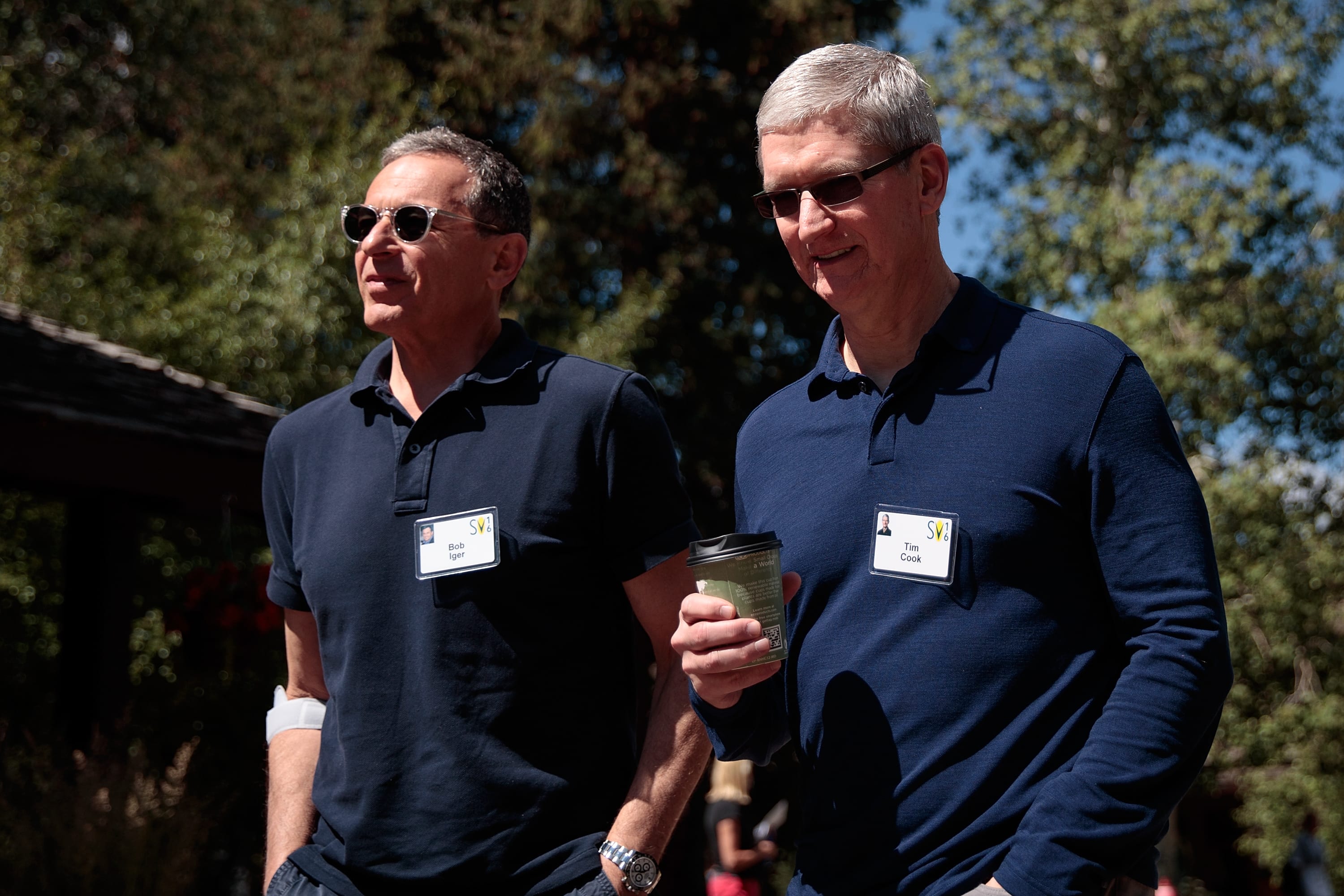 Disney CEO Bob Iger has resigned from Apple’s board of directors, Apple said in an SEC filing on Friday.

Apple and Disney stock was unchanged on the news.

He resigned on September 10, the day that Apple announced the price and release date for its streaming service. The two streaming services will increasingly come into conflict in the future as both compete for original content.

“It has been an extraordinary privilege to have served on the Apple board for 8 years, and I have the utmost respect for Tim Cook, his team at Apple, and for my fellow board members,” Iger said in a statement. “Apple is one of the world’s most admired companies, known for the quality and integrity of its products and its people, and I am forever grateful to have served as a member of the company’s board.”

Apple said in a statement, “Bob has been an exemplary board member for nearly eight years, and for as long as he has led Disney he has been one of Apple’s most trusted business partners. He is a dedicated, visionary CEO and a role model for an entire generation of business leaders. More than anything, Bob is our friend. He leads with his heart and he has always been generous with his time and advice. While we will greatly miss his contributions as a board member, we respect his decision and we have every expectation that our relationship with both Bob and Disney will continue far into the future.”

Apple downplayed potential conflicts in a financial filing earlier this year. “Apple enters into arms-length commercial dealings with The Walt Disney Company, including sales arrangements, digital services content licensing agreements, and similar arrangements,” Apple said in its proxy filing. “Apple does not believe that Mr. Iger has a material direct or indirect interest in any of such commercial dealings.”

Iger was personal friends with late Apple cofounder Steve Jobs. Disney bought Jobs’ other company, Pixar, in 2006, and Jobs was on Disney’s board until his death in 2011. Jobs asked Iger to take his place on the Apple board when he died, according to Fortune, and Iger joined the board that year. Iger was the chair of Apple’s corporate governance committee and on Apple’s compensation board, according to the company’s proxy filing earlier this year.

Disney and Apple have had a close corporate relationship over the years. Disney was one of the first major companies to develop apps for iPhones and iPads, and shortly after Iger took over as Disney CEO in 2005, he appeared on stage with Jobs to announce ABC content for iTunes. Disney has announced that it will distribute its streaming service on Apple’s platforms.

Iger has been CEO of Disney since 2005 and is its chairman. He is not on any other public company boards.

This isn’t the first time that a director has left Apple’s board because of competition concerns. In 2009, then-Google CEO Eric Schmidt resigned from Apple’s board when it became clear that Google’s Android would directly compete with Apple’s iPhone.