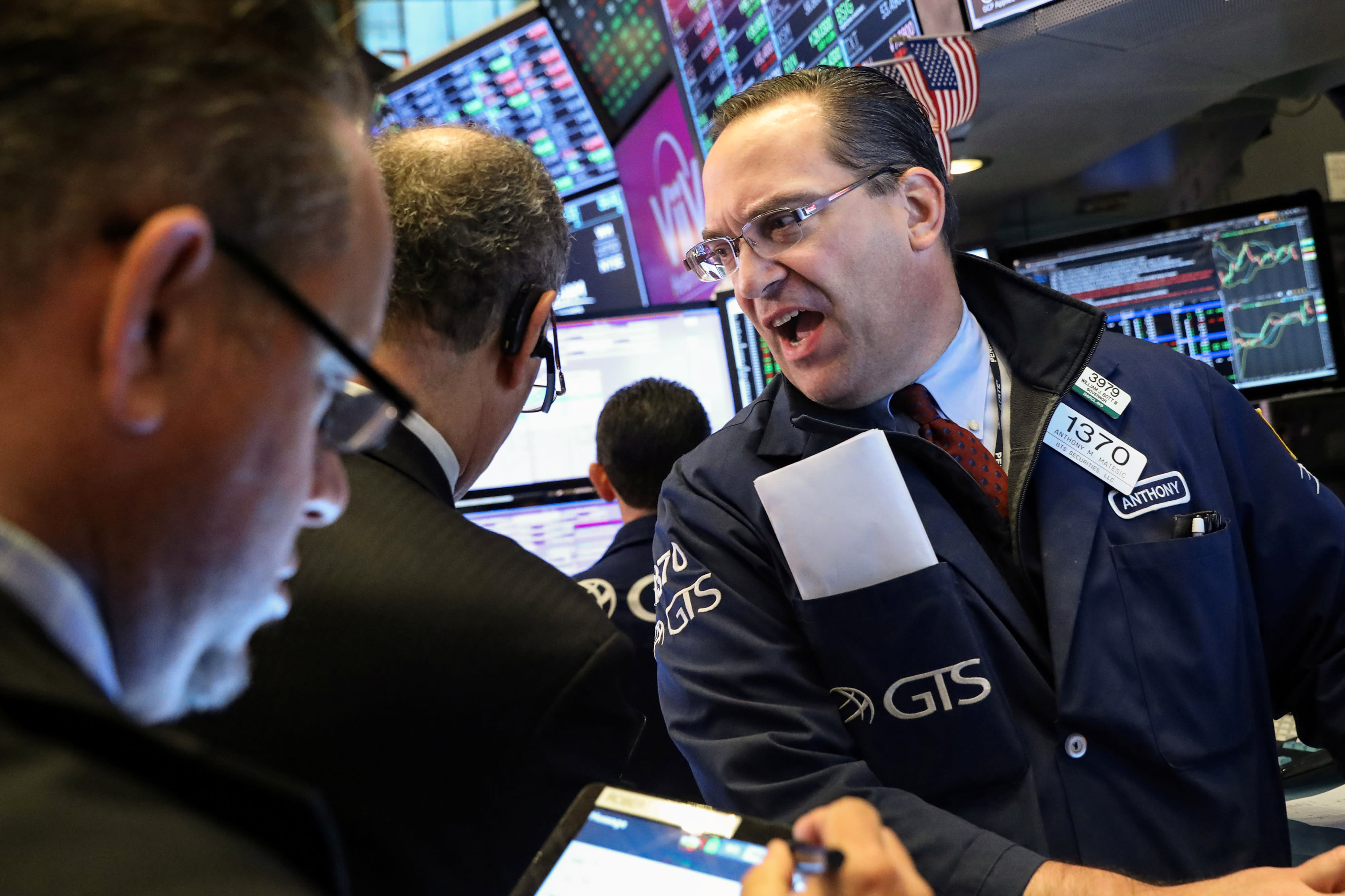 Stocks fell to their lows of the day on Friday on news that Chinese trade officials are cutting short their visit to the U.S.

A China delegation had canceled a visit to U.S. farms in Montana, the Montana Farm Bureau said around midday Friday. Nicole Rolf, the Bureau’s director of national affairs said the officials were headed back to China earlier than planned.

President Donald Trump had said China would increase its purchases of U.S. agricultural products as part of a bilateral trade deal. The cancellation may be seen by some investors as a sign the two countries are no closer to reaching a trade deal.

Earlier, deputy trade negotiators from the U.S. and China resumed face-to-face talks for the first time in almost two months. The deputy-level trade talks are expected to help lay the groundwork for high-level negotiations early next month. This briefly lifted investor sentiment around trade talks.

Washington and Beijing have imposed tariffs on billions of dollars’ worth of one another’s goods since the start of 2018, battering financial markets and souring business and consumer sentiment.

The Dow came into Friday’s session 1.1% removed from its all-time high while the S&P 500 was 0.7% below its record mark from late July. The Nasdaq remained 1.9% away from its record.

“It’s good that we’re challenging the records, but I don’t know if we have enough momentum to stay around these levels,” said JJ Kinahan, chief market strategist at TD Ameritrade. “I think 2,800 to 3,000 is the range we’ll stay in” without a trade deal.

Traders work on the floor at the New York Stock Exchange.

In recent weeks, economic stimulus around the world has helped to ease fears about slowing global growth. Monetary easing by the U.S. Federal Reserve this week and by the European Central Bank last week appears to have improved market sentiment. The Fed lowered rates on Wednesday by 25 basis points for the second time this year.

“Financial conditions remain quite positive and recent economic releases have generally beaten expectations (partly because these have been lowered in recent months),” said Michael Shaoul, chairman and CEO of Marketfield Asset Management, in a note. “Little doubt that the FOMC would react to persistent weakness by cutting rates and pushing dot-projections lower.”

St. Louis Fed President James Bullard explained in a note why he thought the Fed should have made a deeper cut this week. “There are signs that U.S. economic growth is expected to slow in the near horizon. Trade policy uncertainty remains elevated, U.S. manufacturing already appears in recession, and many estimates of recession probabilities have risen from low to moderate levels,” he said.