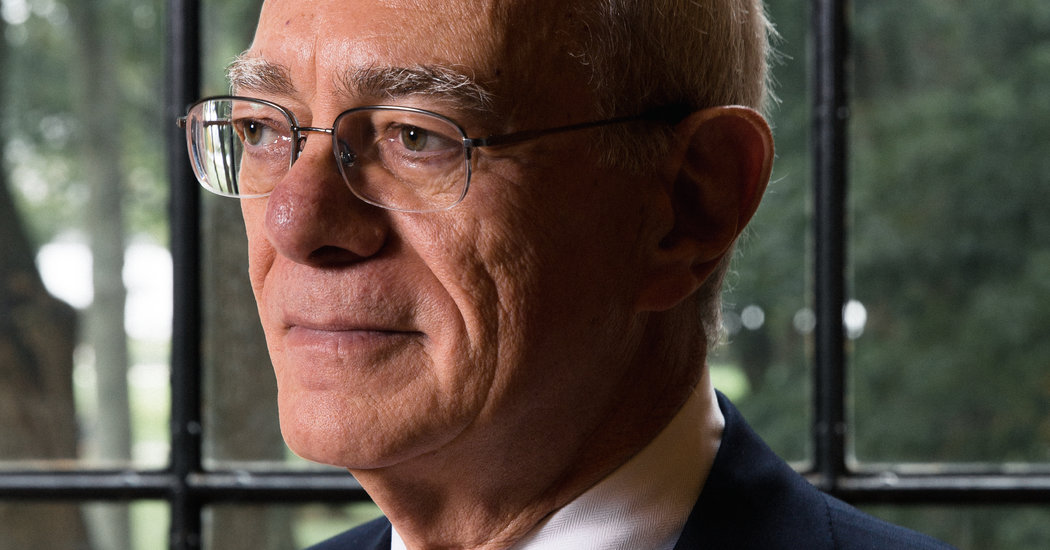 M.I.T.’s president acknowledged Thursday that he had signed a letter thanking Jeffrey Epstein for a donation in 2012 and said senior members of his administration had approved gifts from the disgraced financier as long as they remained anonymous.

Separately Thursday, the LinkedIn founder Reid Hoffman confirmed that he had helped raise funds from Mr. Epstein on behalf of the M.I.T. Media Lab and its director, Joichi Ito, a longtime friend.

The president, L. Rafael Reif, made his disclosure in an email to the university community less than a week after news of the anonymous donations contributed to the resignation of Mr. Ito, the director of M.I.T.’s prominent Media Lab. Mr. Ito stepped down after published reports described how the Media Lab had handled millions of dollars in gifts from or apparently facilitated by Mr. Epstein, who killed himself last month while awaiting trial in a Manhattan jail on federal sex-trafficking charges.

Mr. Reif said he did not remember signing the thank-you to Mr. Epstein in 2012, four years after Mr. Epstein pleaded guilty to a sex charge involving a minor in Florida and the year before Mr. Ito has said he met Mr. Epstein. “I apparently signed this letter on August 16, 2012, about six weeks into my presidency,” he said. “Although I do not recall it, it does bear my signature.”

Mr. Reif also said that “senior members of the administration” had known of gifts to the Media Lab from Mr. Epstein between 2013 and 2017. He added that Massachusetts Institute of Technology officials had been aware of Mr. Epstein’s criminal history “in general terms” and had relied on the judgment of Mr. Ito, who Mr. Reif said had believed that Mr. Epstein had stopped his criminal behavior.

Mr. Hoffman released his statement, first reported by the website Axios, after several inquiries related to his longtime friendship with Mr. Ito.

“My few interactions with Jeffrey Epstein came at the request of Joi Ito, for the purposes of fundraising for the M.I.T. Media Lab,” he said. “Prior to these interactions, I was told by Joi that Epstein had cleared the M.I.T. vetting process.”

“I am deeply regretful,” he added.

Mr. Reif said that his staff allowed Mr. Epstein to make donations having “accepted Joi’s assessment of the situation,” but insisted that Mr. Epstein remain anonymous so that, Mr. Reif said, he could not use the gifts to “enhance his own reputation.”

“I am aware that we could and should have asked more questions about Jeffrey Epstein and about his interactions with Joi,” Mr. Reif said. “We did not see through the limited facts we had, and we did not take time to understand the gravity of Epstein’s offenses or the harm to his young victims.”

Mr. Ito, who apologized last month for accepting money from Mr. Epstein for the lab and for his own outside investment funds, did not respond to a request for comment. He stepped down from the Media Lab — and other positions, including a seat on the New York Times Company board — on Saturday, a day after The New Yorker described emails among Media Lab officials about Mr. Epstein’s gifts.

According to the emails, which The Times reviewed, Mr. Epstein also helped secure millions of dollars in donations from the Microsoft co-founder Bill Gates and Leon D. Black, the founder of Apollo Global Management, one of the world’s biggest private equity firms.

A spokesman for Mr. Gates previously said, “Any claim that Epstein directed any programmatic or personal grant making for Bill Gates is completely false.” Representatives of Mr. Black did not return requests for comment.

The 2012 letter to Mr. Epstein that Mr. Reif signed was uncovered by the law firm Goodwin Procter, which M.I.T. hired to investigate the links between Mr. Epstein and the university. The school said last month that it had received roughly $800,000 from Mr. Epstein over the past two decades, which had gone either to the Media Lab or to a professor, Seth Lloyd.

The 2012 donation — believed by the university to be the first from Mr. Epstein after his 2008 guilty plea — went to Mr. Lloyd, a physicist, Mr. Reif said. Mr. Lloyd said last month he had had a relationship with Mr. Epstein that began in 2004 and ended only after The Miami Herald reported last year about allegations against Mr. Epstein.

“I helped Mr. Epstein protect his reputation, and I disempowered his victims,” Mr. Lloyd wrote in a post on the Medium online platform. He did not immediately respond to a request for comment Thursday.

An M.I.T. spokesman said the school had no comment beyond Mr. Reif’s letter, which characterized the details released Thursday as preliminary findings from Goodwin Procter’s investigation.

Late Thursday, Harvard’s president, Lawrence S. Bacow, released a statement detailing Mr. Epstein’s gifts to that university, which totaled about $8.9 million and ended in 2007, “based on current information,” he said. “Epstein’s connections as a donor to this university, and other institutions, raise important concerns,” he wrote.