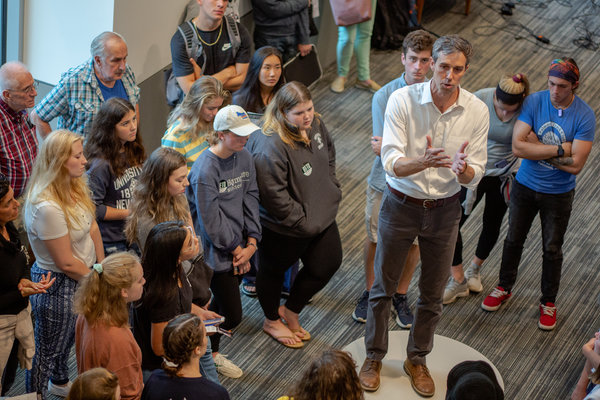 In a direct and urgent call to address gun violence in America, the chief executives of some of the nation’s best-known companies sent a letter to Senate leaders on Thursday, urging an expansion of background checks to all firearms sales and stronger “red flag” laws.

“Doing nothing about America’s gun violence crisis is simply unacceptable and it is time to stand with the American public on gun safety,” the heads of nearly 150 companies, including Levi Strauss, Twitter and Uber, say

Retailers Walk Thin Line by Asking, Not Telling, Shoppers Not to Carry Guns 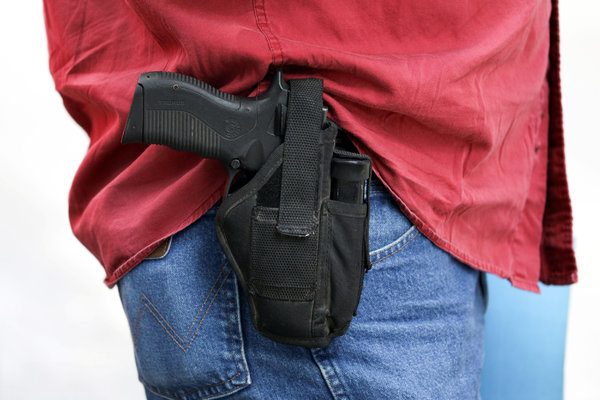 The letter is the latest example of the business community’s stepping into a sensitive political area — sometimes reluctantly — during the Trump presidency. Business leaders have criticized Mr. Trump’s immigration policy and his response to the white supremacist violence in Charlottesville, Va. On guns, the president has on several occasions offered support for stronger firearms policies before stepping away.

Some of the letter signers plan to lobby lawmakers in Washington, but it is unclear how much money, if any, the companies may devote to this issue.

Some executives signed on without hesitation. Others mulled it, often creating a raucous debate inside their offices and among their boards of directors, only to decide that the political risk was too high. More than a half-dozen executives spoke about their deliberations on the condition of anonymity because of the sensitivity of conversations.

Mark Zuckerberg of Facebook did not sign, although he told colleagues and peers that he agreed with stricter background checks, two people involved in the conversation said. With Facebook under federal scrutiny — and contending with a drumbeat of criticism from Republicans who contend that the company’s platform silences conservative voices — Mr. Zuckerberg has decided that activism on this issue would only intensify the spotlight on the company, these people said. Others inside Facebook made the case that it was a moral responsibility to press for more responsible gun sales laws.

Similar concerns were raised by the leadership at Google, whose YouTube unit was the site of a shooting last year. Google recently announced an internal policy that would make it hard for the company to consider signing the letter. That policy includes this line: “Our primary responsibility is to do the work we’ve each been hired to do, not to spend working time on debates about non-work topics.”

Several executives said one of the biggest practical worries was whether taking such a stance would lead to in-store confrontations with angry customers carrying guns. Would they be putting their employees in danger or even just in an uncomfortable discussion about a divisive issue?

Even banks like Citigroup and Bank of America, which both publicly distanced themselves from gunmakers this year by ending lending and banking relationships with manufacturers, declined to sign the letter. After they made their positions public this year, the banks were rebuked by Republican lawmakers. Louisiana passed a law preventing the banks from working on bond offerings for the state.

“I personally believe the policies of these banks are an infringement on the rights of Louisiana citizens,” the state’s treasurer, John Schroder, said at the time. “No one can convince me that keeping these two banks in this competitive process is worth giving up our rights.”

For better or worse, business leaders are increasingly carving out positions on social issues. It’s not new — and the Hobby Lobby fight against the contraceptive provision of the Affordable Care Act shows us that such positioning does not confine itself to progressive causes — but it is growing.

In some cases, those maneuvers have happened out of necessity, as when top executives could not count on a strong response from Washington after the killing of the journalist Jamal Khashoggi. That touched off a flurry of calls between some of the country’s top finance executives about how to handle a conference being hosted by Saudi Arabia, whose crown prince had been implicated in Mr. Khashoggi’s disappearance.

But over the last three years, businesses have become engaged on social issues like immigration, climate change and race in a way that would have been unfathomable a decade ago. On Thursday, businesses turned to the problem of gun violence.

The letter suggested that background checks on all gun sales were a “common-sense solution with overwhelming public support.” A number of polls have put backing for such policies above 90 percent.

The market is demanding action — and businesses are listening.

Read more from Andrew Ross Sorkin on business and guns
Walmart’s C.E.O. Steps Into the Gun Debate. Other C.E.O.s Should Follow. 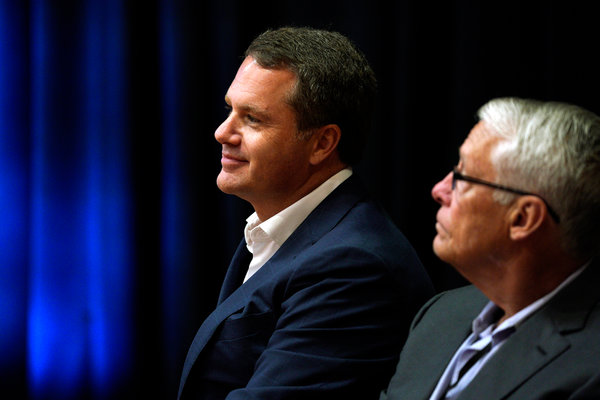 China's overseas financial links deepen despite trade tensions with US
Would you give up Google for $17,000 a year? The Federal Reserve wants to know
Samsung's $2,000 folding phone will launch in the US on Sept. 27 after months of delays
Gold rises more than 1% on global turmoil — but silver surges more
Category: Business World
Tags: Business News, Business Updates