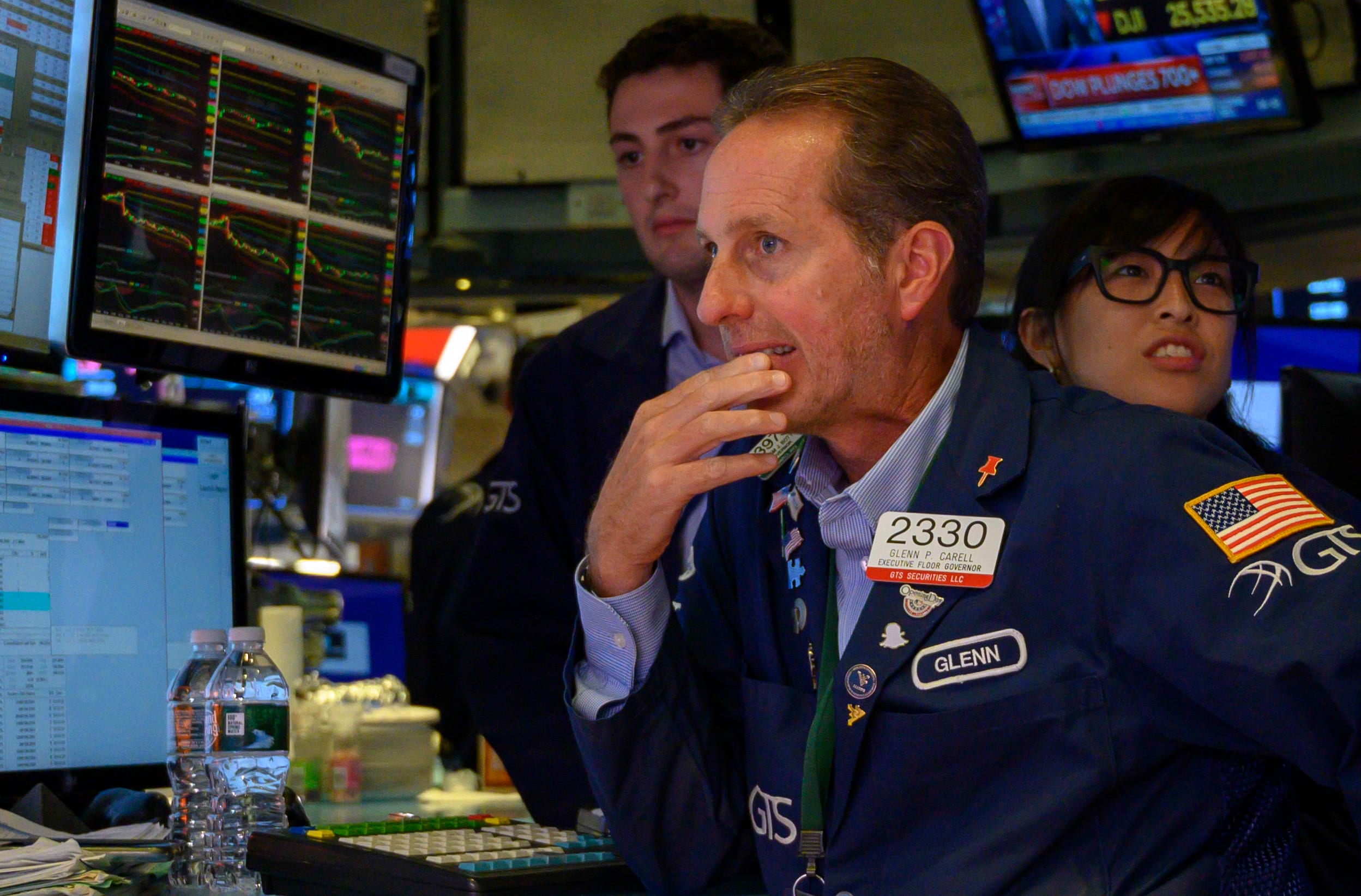 The market got turned upside down on Monday in rapid fashion underneath the surface and some investors think it may be a warning signal.

This shift is unnerving to investors because growth stocks, those defined by their large growth expectations relative to the broader market, have outperformed value stocks in recent years. A rotation away from these stocks could result in a downturn for the broader market.

“The rotation, despite it being a positive signal in terms of investor macro sentiment, is probably a net negative for the overall SPX in that super-cap tech will likely be caught up in the selling and these stocks dominate the index weighting,” Adam Crisafulli, executive director at J.P. Morgan, said in a note.

Momentum or growth stocks have blown their value counterparts out of the water over the past five years. In that time, the MTUM exchange-traded fund is up more than 130% while VLUE has gained nearly 70%.

Growth stocks have also outperformed the S&P 500 over the past five years. The broad index has jumped 108% in that time. This year has been no different.

Seven of the 10 best-performing stocks in the S&P 500 — including Chipotle Mexican Grill, Advanced Micro Devices and MarketAxess Holdings — have a much higher valuation relative to the broader index, FactSet data shows. Monday’s session was the complete opposite to the year’s trend.

Small-cap stocks flashed another signal that investors may be rotating out of the year-to-date winners and into 2019’s laggards. The Russell 2000 surged 1.3% on Monday while the S&P 500 closed just below the flatline. Year to date, the Russell is up about 13%, lagging the S&P 500 by about 5 percentage points.

The S&P 500 is up nearly 2% this month and is about 1.6% below its record high set in July amid optimism around U.S.-China trade relations. However, CNBC’s Jim Cramer urges investors to be cautious at these levels, especially after the rotation that took place on Monday.

—CNBC’s Michael Bloom and Jeff Cox contributed to this report.

Carlos Ghosn speaks out about his Japan escape for the first time
SoftBank Bet Big on Disruptive Companies. Many Have Not Paid Off.
Priyanka Chopra is helping Bumble expand in India
You See Pepsi, I See Coke: New Tricks for Product Placement
Category: Business World
Tags: Business News, Business Updates