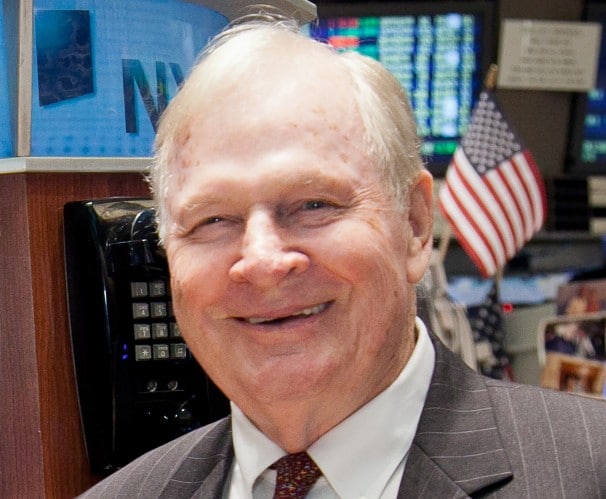 David A. Jones Sr., a Kentucky lawyer who turned a $1,000 investment into America’s largest nursing-home chain, then transformed his business into a hospital giant and finally into the $37 billion health insurance corporation Humana, died Sept. 18 in Louisville. He was 88.

Mr. Jones was the chief executive of Louisville-based Humana until 1997 and served as chairman for 44 years, retiring in 2005 only after reaching the company’s 73-year-old age limit for board members. Humana announced his death in a statement, and spokesman Jim Turner cited complications from multiple myeloma as a cause.

Raised in poverty on the west side of Louisville, Mr. Jones was a Golden Gloves boxer turned pugilistic executive whose take-no-prisoners business style helped make Humana one of the country’s biggest for-profit hospital chains and eventually a health insurance colossus.

But he was also known as a generous philanthropist in his hometown. He co-owned the former Kentucky Colonels basketball team, worked to bolster public education, helped raise $120 million to build a 3,700-acre park system and influenced state and local politics from his office in Humana’s 27-story headquarters, a granite skyscraper dubbed “the pink cash register.”

In a statement, Senate Majority Leader Mitch McConnell (R-Ky.) described Mr. Jones as “the single most influential friend and mentor I’ve had in my entire career,” adding: “I’ve never forgotten something he told me when I was starting out in Jefferson County: ‘The most important word in the English language is focus.’ ”

For decades, Mr. Jones was one half of a corporate odd couple, locked in what he described as a professional marriage with his friend Wendell Cherry, who served as a president and chief operating officer of Humana before his death in 1991. Mr. Jones was considered the visionary, Cherry the pragmatist.

The duo met while working at the Louisville law firm Wyatt, Grafton & Sloss, where Mr. Jones was one day surprised by a conversation with a once-impoverished client, now preparing to buy a mansion. “It turned out he owned a nursing home,” Mr. Jones later told Forbes, “so we decided to build one ourselves.”

Securing $1,000 in financing, Mr. Jones joined Cherry and four friends in constructing a 78-bed nursing home in 1961. Somewhat ominously, their chief nurse fell sick shortly before it opened, forcing the two lead business partners and their wives to empty bedpans in the business’s early days, according to the Louisville Courier-Journal.

With the passage of Medicare and Medicaid, nursing homes became increasingly popular, and Mr. Jones and Cherry built or acquired about 40 other facilities over the next decade. Deeming the market oversaturated, Mr. Jones and his partner tried developing trailer parks.

Mobile homes proved a bust. But with hospitals, their company — then known as Extendicare — began to take off. They built or acquired about 40 hospitals in seven years. then abandoned the nursing-home sector altogether. Renaming themselves Humana in 1974, they took on debt to compete with burgeoning for-profit health-care operators such as Hospital Corp. of America, while attaching their name to hospitals such as Humana Hospital-Audubon in Louisville.

It was there, in 1984, that William C. DeVries performed the world’s second artificial-heart implant, in a public relations coup for Humana. The company vaulted to international prominence, amid a wave of positive news media coverage that diminished only slightly after the patient suffered strokes and complications, dying after 620 days.

Mr. Jones went on to draw praise for his company’s centralized operations and medical technology, and he boasted that Humana was the lowest-cost health-care company in the country. But he drew increasing criticism from rivals and peers for his hard-charging style, and for the company’s inescapable influence in Kentucky. Humana took over the University of Louisville’s teaching hospital — and reportedly turned a profit for the first time in years, without turning away indigent patients.

“The company’s philosophy toward their competitors is, ‘We’ll run over them, or through them, or around them.’ It’s almost a Vince Lombardi thing,” Richard M. Abell, administrator of St. Anthony Hospital in Louisville, told The Washington Post in 1985. “It’s almost like they want to own the city. I liken it to the old coal-mining company towns.”

Mr. Jones found mixed success stepping into the health insurance market in 1984, with a strategy to offer insurance plans to patients Humana later served in hospitals. But after spinning off its hospitals as a separate company, Galen Health Care, in 1993, its insurance business soared. Revenue grew from $3.7 billion in 1994 to $13.1 billion when Mr. Jones retired as chairman.

His tenure was not without controversy, notably at a 1991 congressional hearing in which Humana came under fire for billing patients $103.65 for a pair of crutches that cost $8.35, among other high markups. Investigators described the exorbitant prices as typical of health-care providers across the country, and Mr. Jones defended his company’s overall pricing policies, while noting Humana had posted a record profit the previous year.

In interviews and business roundtables, he was often called upon to defend for-profit health care. Mr. Jones preferred the term “taxpaying” when describing his business. “The notion that being nonprofit adds some kind of weight to what you do is baloney,” he said, according to the Courier-Journal. “Whoever is not paying taxes on profits has the moral issue, not those of us who are paying taxes.”

David Allen Jones was born in Louisville on Aug. 7, 1931. His father was a contractor, his mother a schoolteacher.

Mr. Jones attended the University of Louisville on a Navy ROTC scholarship, studying accounting. He graduated in 1954, served in the Navy and then taught economics at Quinnipiac College in Hamden, Conn. He received his law degree from Yale University in 1960 and soon returned to Louisville.

After stepping down from his day-to-day duties at Humana, Mr. Jones returned in 1999 to work as interim chief executive for six months, amid a stock skid of 40 percent that year. His son David A. Jones Jr. chaired the company for five years after Mr. Jones’s retirement, and in 2015 Humana agreed to be acquired by Aetna for $37 billion. A federal judge later blocked the deal, saying that it would hurt competition and raise prices for consumers.

Mr. Jones married Betty Ashbury in 1954, and she died last month. In addition to his son David, survivors include four other children, Sue, Dan, Matt and Carol Jones; a brother; a sister; and 11 grandchildren.

Even as his company’s stock price soared in the 1980s, Mr. Jones maintained a relatively modest lifestyle, riding a Honda Civic to work. “I never set out to be a corporate mogul,” he told The Post in 1985. “I guess what I wanted was independence. I achieved financial independence, but when you take on responsibility, independence is hard to preserve.”

Pandemic Forces Car Dealers to Do the Unthinkable: Sell Online
Forget Swooshes and V’s. The Economy’s Future Is a Question Mark.
Renault to Slash Jobs by 8 Percent
Amid unprecedented growth on its platform, Acorns cuts roles and shuts down an office
Category: Business
Tags: Business News, Business Updates