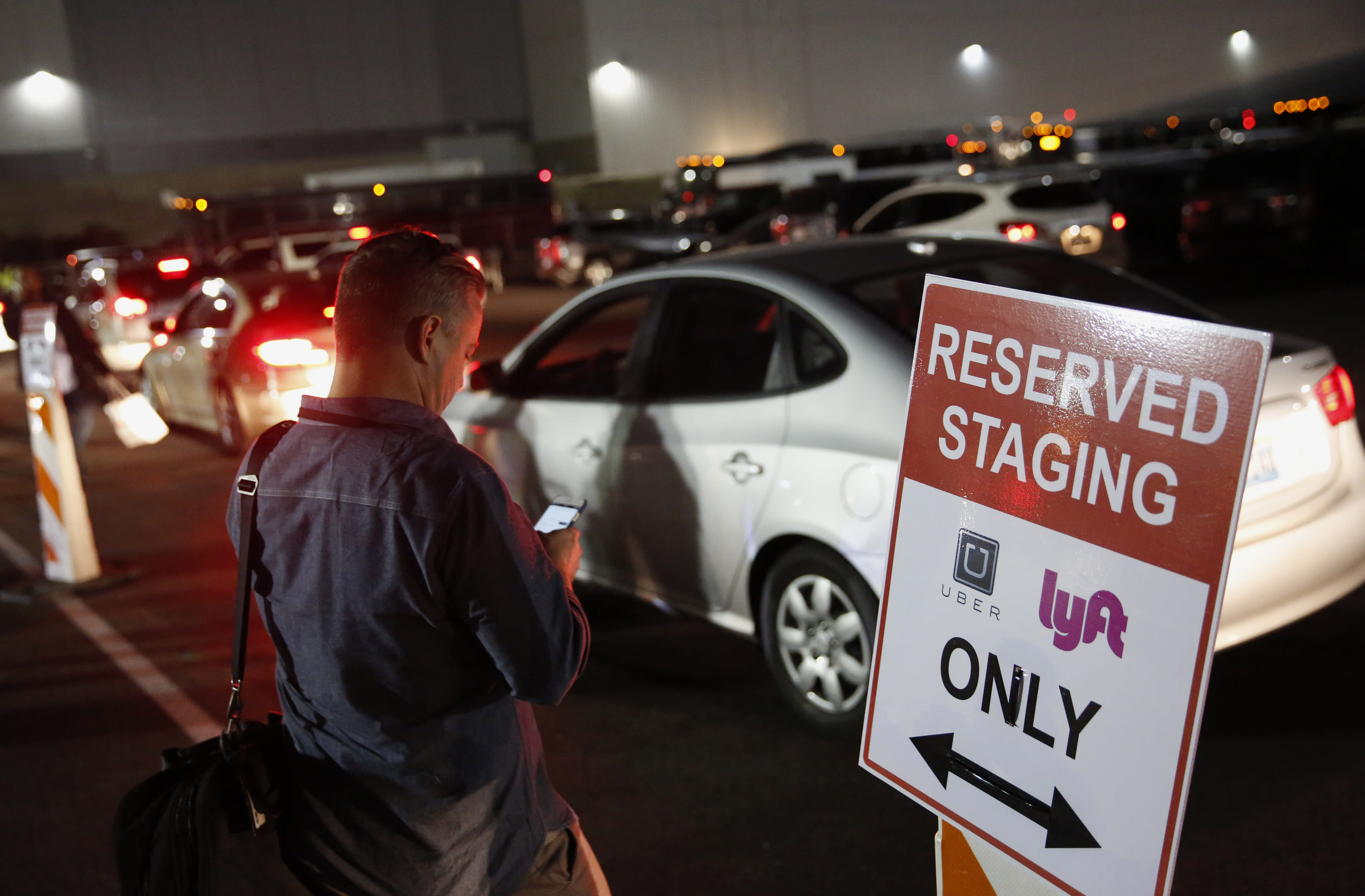 An attendee at the Consumer Electronics Show in Las Vegas on Jan. 6, 2016, waits for a ride in the Uber and Lyft reserved staging area.

California lawmakers passed a landmark bill on Tuesday that threatens to reshape how companies like Uber and Lyft do business.

Lyft and Uber shares were up slightly Wednesday morning.

The legislation, known as Assembly Bill 5 (AB5), would require gig economy workers to be reclassified as employees instead of contractors. The bill passed in a 29 to 11 vote in the State Senate and now moves on to the State Assembly, where if it passes, it will land on California Gov. Gavin Newsom’s desk. Newsom recently voiced his support for the bill, which would go into effect Jan. 1, saying it would provide “critical labor protections” to workers.

The bill has the potential to change the employment status of more than 1 million low-wage workers in California, not just gig workers at companies like Uber, Lyft, DoorDash, Postmates and Instacart. It will make it harder for gig economy companies to prove that their workers aren’t staff, while ensuring key benefits and protections, like minimum wage, insurance and sick days.

AB5 has attracted staunch opposition from gig economy companies, as it could upend their traditional business model of hiring inexpensive contractors. In an effort to push back against the bill, Uber and Lyft proposed establishing $21-an-hour minimum wage for drivers in California. The ride-hailing companies, as well as Doordash, have also pledged $90 million on a ballot initiative for the 2020 election that would exempt them from AB5.

Lyft spokesperson Adrian Durbin said the bill has the potential to hurt drivers who prefer a flexible work schedule.

“Today, our state’s political leadership missed an opportunity to support the overwhelming majority of rideshare drivers who want a thoughtful solution that balances flexibility with an earnings standard and benefits,” Durbin said in a statement. “…We are fully prepared to take this issue to the voters of California to preserve the freedom and access drivers want and need.”

Representatives from Uber, Doordash, Postmates and Instacart were not immediately available for comment. In a recent blog post, Uber said the bill could lead to it hiring “far fewer drivers than we currently support,” among other negatives.

“Uber is ready to do our part. That is why we have been at the table in California — with other rideshare companies, lawmakers, the Governor’s office, and labor unions – to propose a truly innovative framework that we believe would preserve Uber’s key benefit for drivers (flexibility) and key benefit for riders (reliability), while improving the quality and security of independent work,” the company said.

If AB5 passes, analysts widely expect Uber to pass the costs associated with the bill on to consumers, resulting in fare hikes. The bill is likely to bring the issue of gig economy workers’ rights to the national stage, while potentially launching similar legislation in other states around the country.