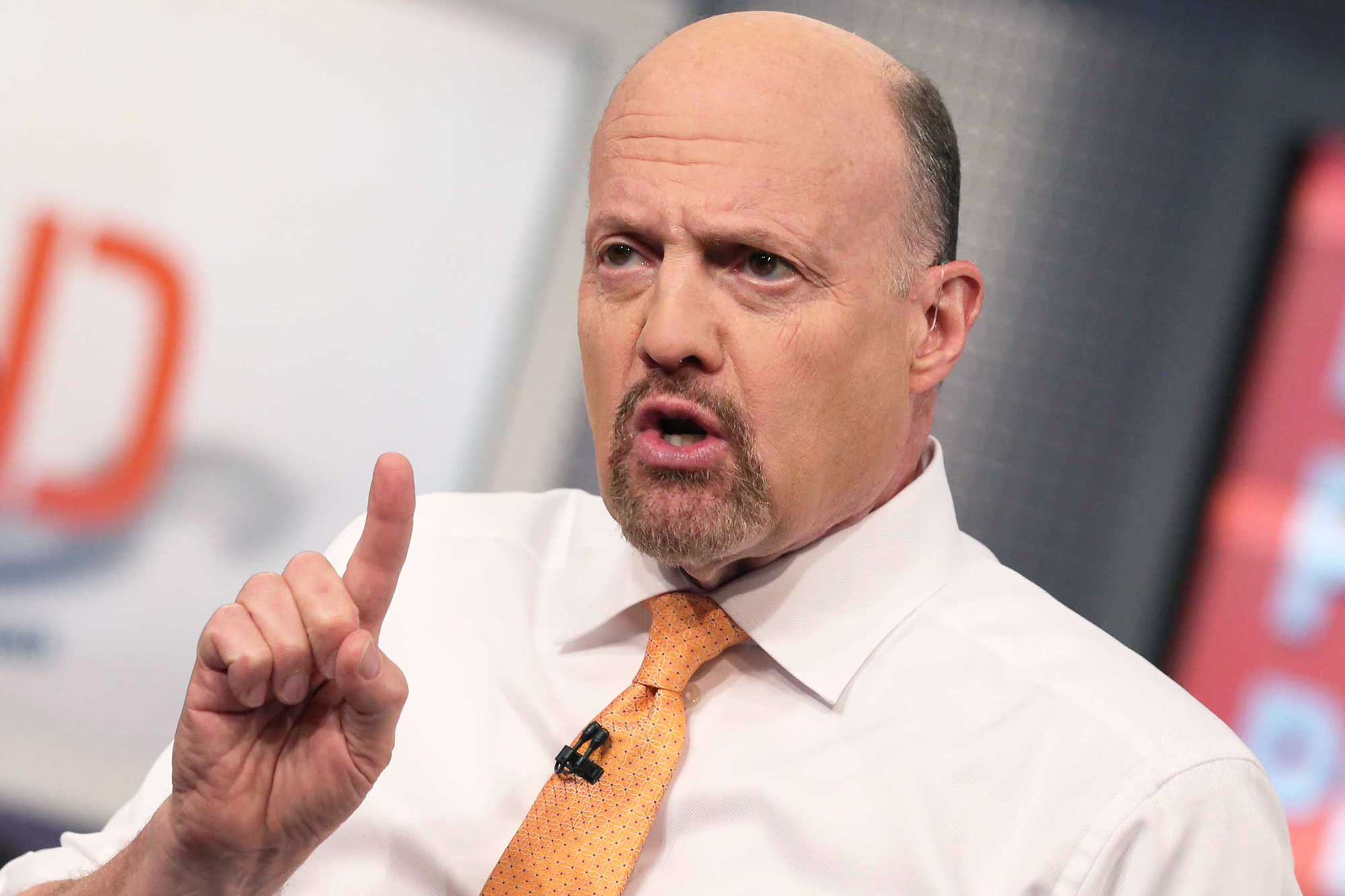 A trader works on the floor of the New York Stock Exchange.

Investors are realizing nothing is stopping the “avalanche in selling” of high-flying stocks in exchange for cheaper, slow-moving stocks, which has been going on for the past week, Cramer said.

The rotation from high-growth names to slower tech, financial and oil stocks was triggered by buzz around trade and interest rate prospects, he explained. It led to a 38-point move in the and slight drops in both the and .

“People seem to believe we could see some progress in the trade negotiations with China,” the “Mad Money” host said. “Personally, I’m skeptical … but hope springs eternal. And, on top of that, there’s a belief that the Federal Reserve has no choice but to cut interest rates after Friday’s not-so-hot employment number.”

Zoom Video Communications last week reported better-than-expected earnings in its second quarter report, giving shareholders 8 cents per share after bringing in $146 million of revenue. The stock on Monday, however, took a big hit during the session as investors rotated their investments.

Still, the share price is up nearly 120% since going public in April. Following a 7.9% decline on the market, CEO Eric Yuan told Cramer the video conferencing has potential of becoming a $43 billion market by 2022.

“Look at our revenue today. As long as we keep working harder and make sure our customer [is] happy, I think our long-term value I think it should be O.K.,” he said.

It might look easy, but Dollar Tree has used “a lot of discipline” over the past year to mitigate the impact of tariffs on the products the company sells, CEO Gary Philbin told CNBC.

He said the discount retailer has worked with vendors to adjust its approach to shipping products from China, where the U.S. earlier this month imposed a fresh round of duties on imports. Dollar Tree negotiated prices, canceled orders and diversified vendors in order to mitigate costs, Philbin said, and is keeping a watch on the impact of new tariffs.

With a high operating income, the company has managed to turn a profit on its dollar items, Philbin said.

“I give great credit to both merchants’ teams. The things that we do, we’ve enlisted our vendors … The last thing we want to do is take any value out of the package at all,” he said in a one-on-one with Cramer. “We play hardball, but I would say we’ve always been fair.”

Alteryx, the data analytics platform that is taking on how companies utilize spreadsheets, saw its share price tank more than 15% during the trading day. Yet, that’s not stopping Dean Stoecker’s vision. The CEO said it’s just “one day in our journey” and that the firm won’t change a thing.

Stoecker said there’s a $24 billion addressable market in data science and that his company will be a “natural beneficiary” of the legacy technology shift in IT.

“We’re very bullish on the future. We’re excited about our lot in life,” he said. “We took a long journey to get to this point and we’re going to continue down this path to success.”

The U.S. is in better position than China on trade, but the Chinese consumer is strong, Cramer says

People look at a Tesla car at a showroom in Beijing.

China could be in better shape than we’ve come to realize, Cramer said. American companies doing business in the country are reporting strong results and limited slowdown, he noted. Chinese exports have taken a hit, but consumer sales are better than thought, he continued.

“I still believe and maintain that the United States is in a much better position than China when it comes to the trade war negotiations, but their consumer economy remains in great shape,” the host said. “So don’t look to China for disappointment, at least not yet.”

In Cramer’s lightning round, the “Mad Money” host zips through his thoughts about callers’ stock picks of the day in rapid speed.