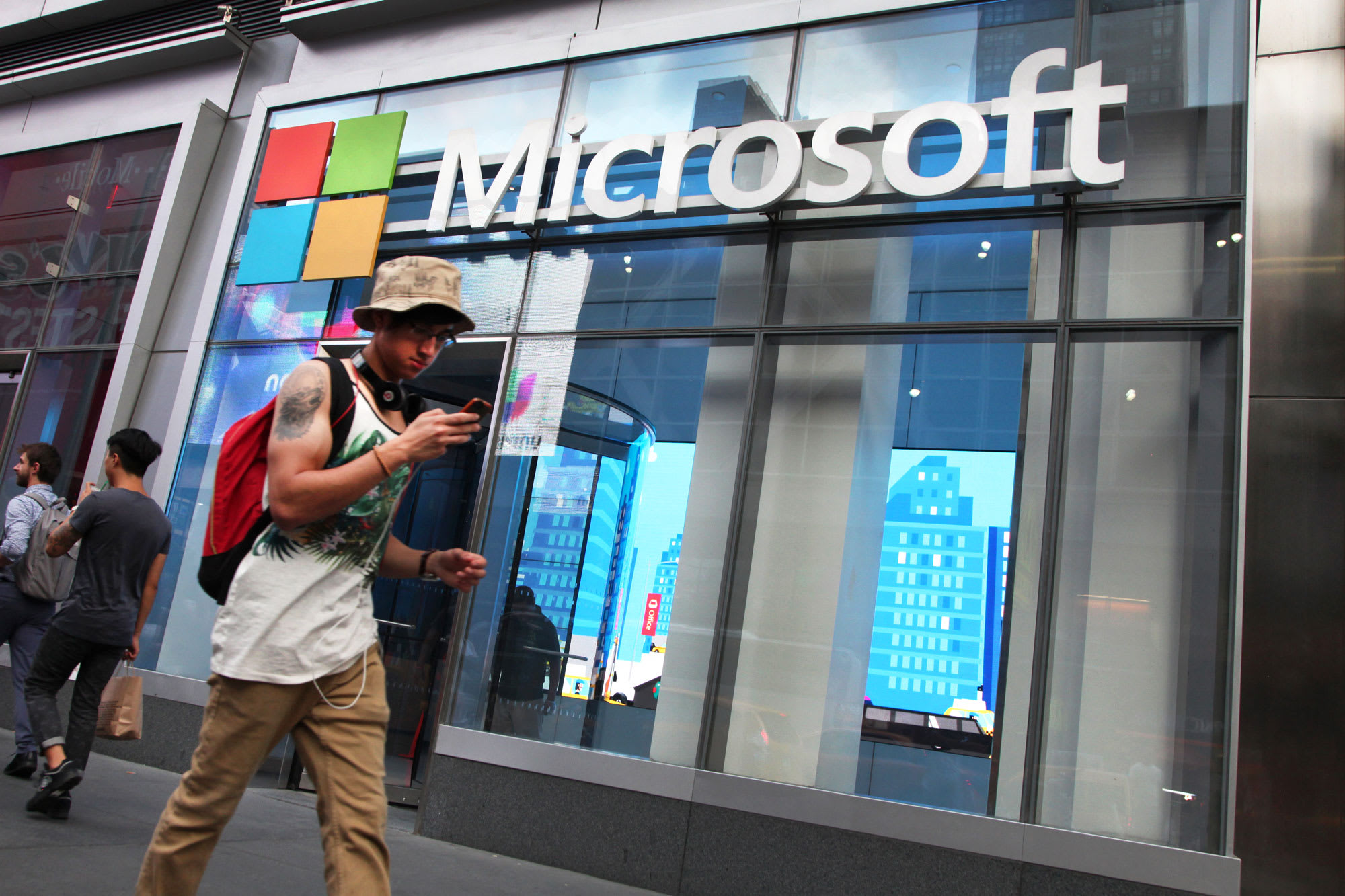 Check out the companies making headlines after the bell:

AT&T shares climbed more than 2% in extended trading following a Wall Street Journal report that the company is exploring a spinoff of DirectTV unit as its own company or a combination with Dish, which also saw its share price rise 3.75% after the bell. Activist hedge fund Elliott Management took a $3.2 billion stake of AT&T earlier this month, saying the telecom giant could be worth as much as $60 per share if it trimmed unneeded assets.

Microsoft shares rose more than 1% after the company announced a quarterly dividend increase of 5 cents to bring it up to 51 cents per share and a new stock buyback worth up to $40 billion. The tech giant has regularly bought back its shares and has seen its market-cap almost quadruple under CEO Satya Nadella’s tenure.

Shares of Herman Miller jumped more than 7% following a strong earnings and sales guidance, expecting second-quarter revenue between $685 million and $705 million, with an increase of 85 cents to 89 cents per share.

For its first quarter, the furniture company earnings increased 84 cents per share on revenue of $671 million. Wall Street had expected a 78 cent increase and $662 million in revenue, according to Refinitiv consensus estimates.

Shares of United States Steel, meanwhile, dropped more than 8% during extended trading after the company gave weak third-quarter guidance, expecting an adjusted EBITDA of $115 million. The company expected an adjusted diluted loss per share at 35 cents compared to the 7 cent loss per share forecast of analysts polled by Refinitiv.

Costco shares briefly dipped more than 1% after Bernstein downgraded the wholesaler to Underperform from Market Perform, setting a price target of $230. Bernstein cited “membership exhaustion” as a potential problem for the company.