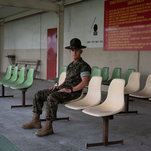 Gary Bass was 17 when he joined the Marines. “I really wanted to get out of my small town, and make a difference in the world,” he said.

Mr. Bass, who grew up in Central Point, Ore., went on to a 30-year career in the Marines. He became a sergeant major — the highest enlisted rank in the corps — and, among his assignments, served for four years as a recruiter in the Seattle area. There, he saw many other young men and women enlisting for reasons similar to his.

“They joined because they were patriotic, and because they wanted to be part of something larger than themselves,” he said. “They weren’t joining because of the retirement benefits.”

And yet, over the past year, that is exactly what many Marines — as well as members of every other branch of the United States military — have been talking about.

In the past year, the military’s retirement plan has undergone its most comprehensive change since World War II. The old system — a defined “cliff vesting” pension plan — is out. The new plan — a defined contribution plan known as the B.R.S. (Blended Retirement System) — is in.

More From Retirement
A look at ways to plan, socially and financially, for your next act.
Looking to Washington for a Retirement Lifeline 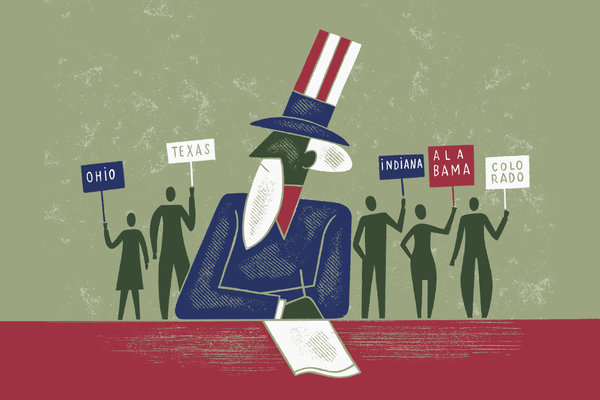 What Are My Long-Term Care Options? 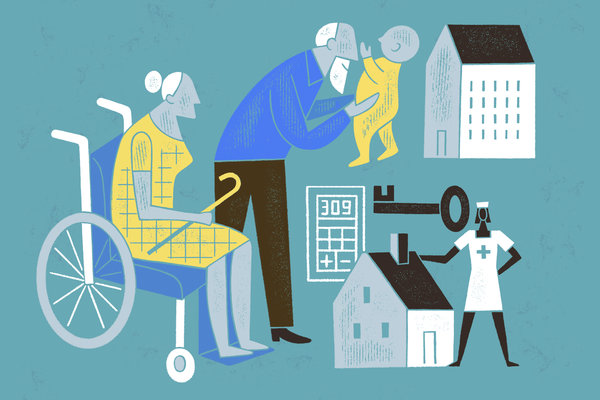 This means that those in uniform will be participating in the kind of 401(k) plan familiar to many American civilian workers. Service members can now make automatic savings contributions from their base pay, which the government will match up to 5 percent.

Those who make a career out of the military will still receive a pension after 20 years, but a smaller one, down to 40 percent of their pay from 50 percent (based on an average of their last three years of service).

“It’s a huge change, the biggest change in the military retirement system we’ve had in generations,” said Ted Digges, executive director of the Penn Mutual Center for Veterans Affairs at the American College of Financial Services. “And it’s fraught with opportunity and risk for both the individual and the D.O.D.”

Most agree that it was time for a change: In terms of employee compensation, the old military retirement system was as outdated as a cavalry charge.

“It was an all-or-nothing thing,” explains Mr. Digges, a retired Navy captain and an adjunct professor of management at the college. “Eighty percent of those that serve don’t get anything, because they don’t stay for their entire career. Only about 20 percent make it to the finish line and get the pension.” (This all-or-nothing vesting was why it was called a “cliff” plan).

Under the new plan — instituted by the Department of Defense and approved by Congress as part of the 2016 National Defense Authorization Act — someone who joins today would be vested after two years. That means they could leave the military after one or two terms of service — typically two to six years, depending on the branch — and like civilian workers who switch jobs, essentially roll over their military 401(k).

Under the B.R.S., for example, an E-4 (the equivalent of a corporal in the Army or Marines) who contributed the maximum 5 percent (matched by the government) through four years of service would leave with about $9,000. That would be the beginning of a nest egg for someone likely to be in their mid-20s. It would be accessible at 59½, like 401(k)’s in the private sector.

Under the old system, that same person would have received nothing upon leaving the service.

“The days of the fixed-income pension in the corporate world are long over,” said Forrest Baumhover, a former Naval officer and certified financial planner in Tampa, Fla. “This is the military catching up to what corporate America has been doing for over a generation.”

It is also the Defense Department looking at actuarial tables.

“My grandfather died seven or eight years after he retired from a 30-year career in the Army,” Mr. Baumhover said. “I retired from the Navy at 41. I could conceivably have a pension for 50 years. That’s not sustainable for the U.S. government to have an entire generation of retirees with 50-year pensions. You start asking the same questions we’re asking about Social Security.”

Some in the military, however, are asking questions about the B.R.S.

“A lot of the older generation look at it as an erosion of benefits,” said Ryan Guina, a former member of the Air Force whose website and podcast “The Military Wallet” focuses on personal finance and benefits for military members. “When they see the 50 percent guaranteed pension drop to 40 percent, they see that as a threat to military benefits in general. And I can understand that point of view.”

However, Mr. Guina added, the federal government’s Thrift Savings Plan — the 401(k) part of the new retirement package — will provide benefits to far more members of the military than the old plan. “It would have been a good benefit for me,” said Mr. Guina, who left the Air Force in 2014 after six and a half years of service and received nothing. “Had I been under the B.R.S., I would have had six and a half years of matching contributions.”

While there is a 5 percent maximum contribution level in the B.R.S., there is also a 1 percent automatic minimum contribution — a hedge against that 18-year-old who enlisted for duty, country and adventure, not to stow away their pay in a long-term savings account.

“That 1 percent is to protect young Marines who don’t invest in their future, because they think their future is limitless,” said Mr. Bass, who helped interpret the new B.R.S. for recruits before he retired from the Corps.

To ensure that members of the military understood the new system, and to provide a transition from the old one, the Defense Department instituted a one-year opt-in period that ended on Dec. 31, 2018. Those already in uniform that calendar year were given the option to stick with the old plan or sign up for the B.R.S.

Online calculators and tutorials as well as one-on-one financial counseling were also available. According to the Defense Department, more than 400,000 service members chose to opt in. In addition, 150,000 new service members were automatically enrolled.

While Mr. Digges agrees that for those who are not committed to making the military a career, the B.R.S. is a sensible plan, he is concerned about the larger issue of defined contribution plans.

“In the 30 years or so since the private sector shifted to 401(k)’s, few Americans have prepared well for retirement,” he said. “Will service members succeed where so many other middle-class Americans have failed?”

His other worry is about the effect the B.R.S. might have on the all-volunteer force. “We’ve lessened the financial incentive to get to the 20-year finish line,” he said. That, he said, could result in a loss of highly trained, experienced service members who might have made a career out of the military.

Mr. Bass, who retired under the old plan in 2017 and now works at a military school in Harlingen, Tex., has a son and a daughter in the service: Archie, 25, is a first lieutenant in the Marine Corps, and Allison, 23, is an ensign in the Navy.

In 2018, the year he had the choice to opt into the new system, Lieutenant Bass elected to stick with the old pension plan. “He intends to make a career out of it, and thought that was a better financial decision,” his father said. “Allison is under the new one. It will be an interesting contrast as they go forward in their careers.”