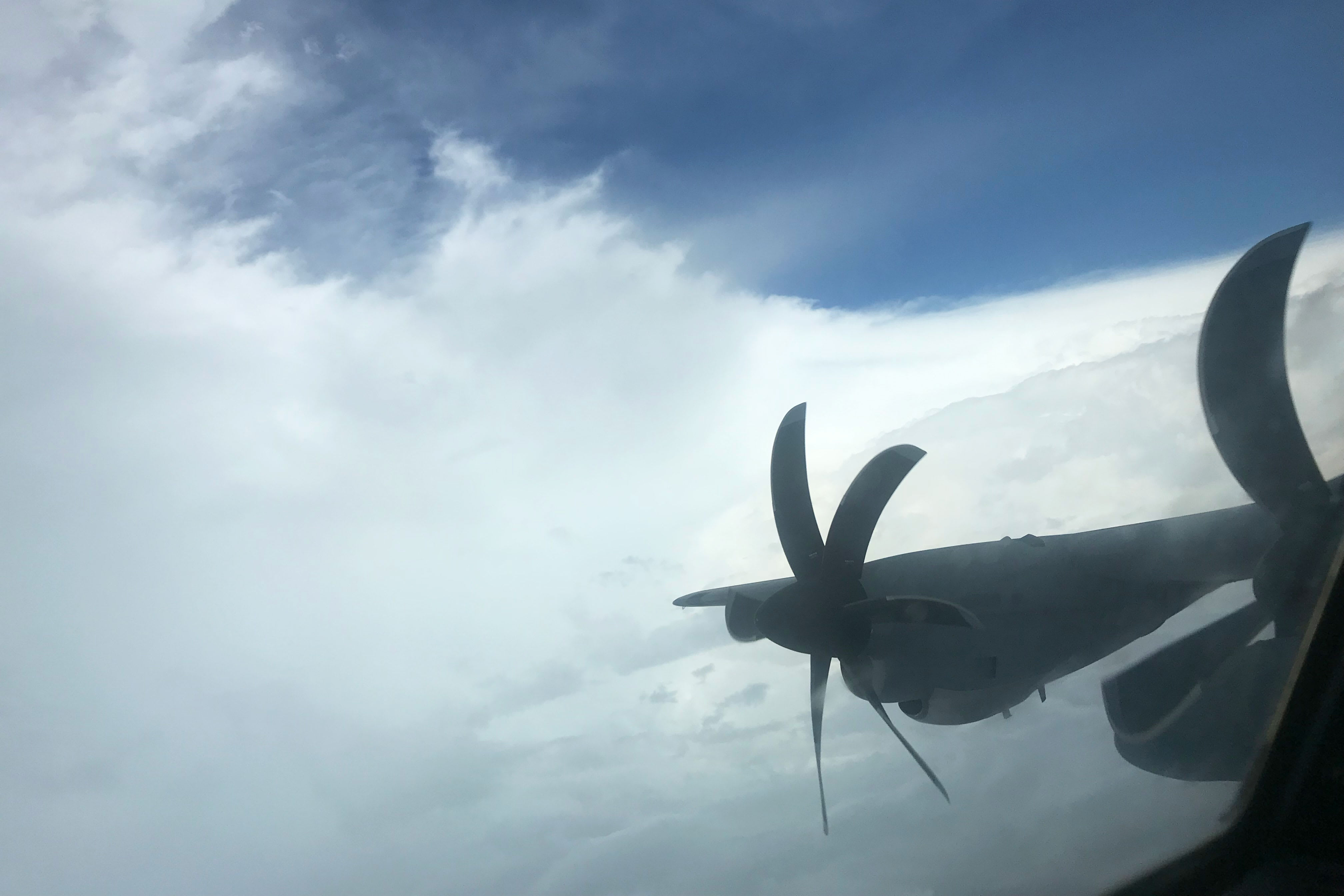 Home » News, Insights & Trends » Business » What it’s like to fly through the eye of Hurricane Dorian, in the name of safety

Just before 9 a.m. on Monday Lt. Col. Jeff Ragusa briefed his crew at Keesler Air Force Base in Biloxi, Mississippi.

“The weather forecast is: hurricane.”

Hurricane Dorian, then a Category 5 storm packing wind gusts of more than 200 mph, was over the Caribbean, threatening a swath of the East Coast from Florida to North Carolina. The Hurricane Hunters were about to fly directly into the storm. CNBC joined them on the flight.

Members of the Hurricane Hunters, the 53rd Weather Reconnaissance Squadron, have been flying on WC-130 Hercules aircraft, propeller planes specially outfitted to track weather and fly long missions, almost around the clock from the base in Biloxi into Dorian, as they do for other tropical cyclones.

These Air Force reserve pilots, meteorologists, navigators and technicians, are tasked with collecting and transmitting data that will help federal forecasters advise countless other state agencies and businesses from airlines to hotels to retailers as they prepare for the projected the path of the storm, and if needed, evacuate.

“You have plenty of land observation,” said Joel Cline, a meteorologist at the National Oceanic and Atmospheric Administration’s National Weather Service. “With hurricanes if we wait to get land observations, it’s a little bit late to be warning people.”

The Hurricane Hunters’ 10-hour mission, on Monday morning, their 32nd for this storm, included four passes through Dorian’s 24-mile eye. The NOAA has its own storm-chasing team.

Weather technicians will request a path for pilots, helping them gather data, but they are careful to avoid tornadoes.

“People think Hurricane Hunters will do anything,” said Ragusa. “We don’t do tornadoes.”

The task of predicting hurricanes remains remarkably difficult because of the number of variables that can affect a storm’s path, such as winds and weather systems thousands of miles away.

What is it like to fly through the eye of a hurricane? In a word: bumpy. The plane is flying at about 10,000 feet, less than a third of the cruising altitude for most commercial flights and through the strongest winds at the eye wall.

But unlike a commercial flight packed with passengers and strict rules about seat belt use. That’s par for the course for Hurricane Hunters who have work to do during this crucial stage of flight.

The crew drop from the plane capsules called dropsondes, which cost about $700 apiece, and send data on everything from ocean temperatures to humidity. These are dropped in the storm’s eye wall, where wind speeds are the highest. The plane itself also constantly measures wind speeds through the stepped frequency microwave sensor, affectionately called the “smurf.”

The crew “crabs” into the storm, always turning left into the wind. Storms that are well formed, like Dorian, even as a Category 5, actually make for less bumpy flights compared with when the storm is forming or dissipating, because the storm is less stable. That unstable stage creates more up and down movements on the aircraft, making the flight more turbulent.

During Monday’s mission, Dorian’s eye, a day earlier clear with a well-formed “stadium effect,” was instead cloudy, with some cover both above and below. Below, it was less defined. The third pass was the clearest, with clouds clearing to reveal the blue sky. Wind speeds had begun to decline. Shortly into the flight, the National Hurricane Center downgraded the storm to a Category 4. By Tuesday morning, it was a Category 2.

On earlier flights, meteorologists observed a compact eye that was half the diameter, but with very intense winds. The observations from Monday’s flight showed some wind speeds declining but meterologists warned that the impact could still be wide reaching and severe.

“I’d say the Bahamas saved most of Florida,” said Maj. Alex Boykin, one of the pilots on Monday’s mission. Hurricanes thrive on warm water and traveling over land deprives them of that fuel.

That doesn’t mean the U.S. coast will be spared from catastrophic effects. If the winds in the middle of the storm slow, the field of high wind can still grow, said Cline.

“You’ve traded one impact for another,” he said. “They are more likely to have a prolonged period of tropical storm winds.”

The WC-130 landed at around 8 p.m. on Monday evening. Flights will stop once the storm reaches land.

For now, the missions into the powerful storm will continue. Another flight took off at 4:15 a.m. on Tuesday.

A WC 130 Hercules cargo plane that the Hurricane Hunters fly at Keesler Air Force Base in Mississippi.