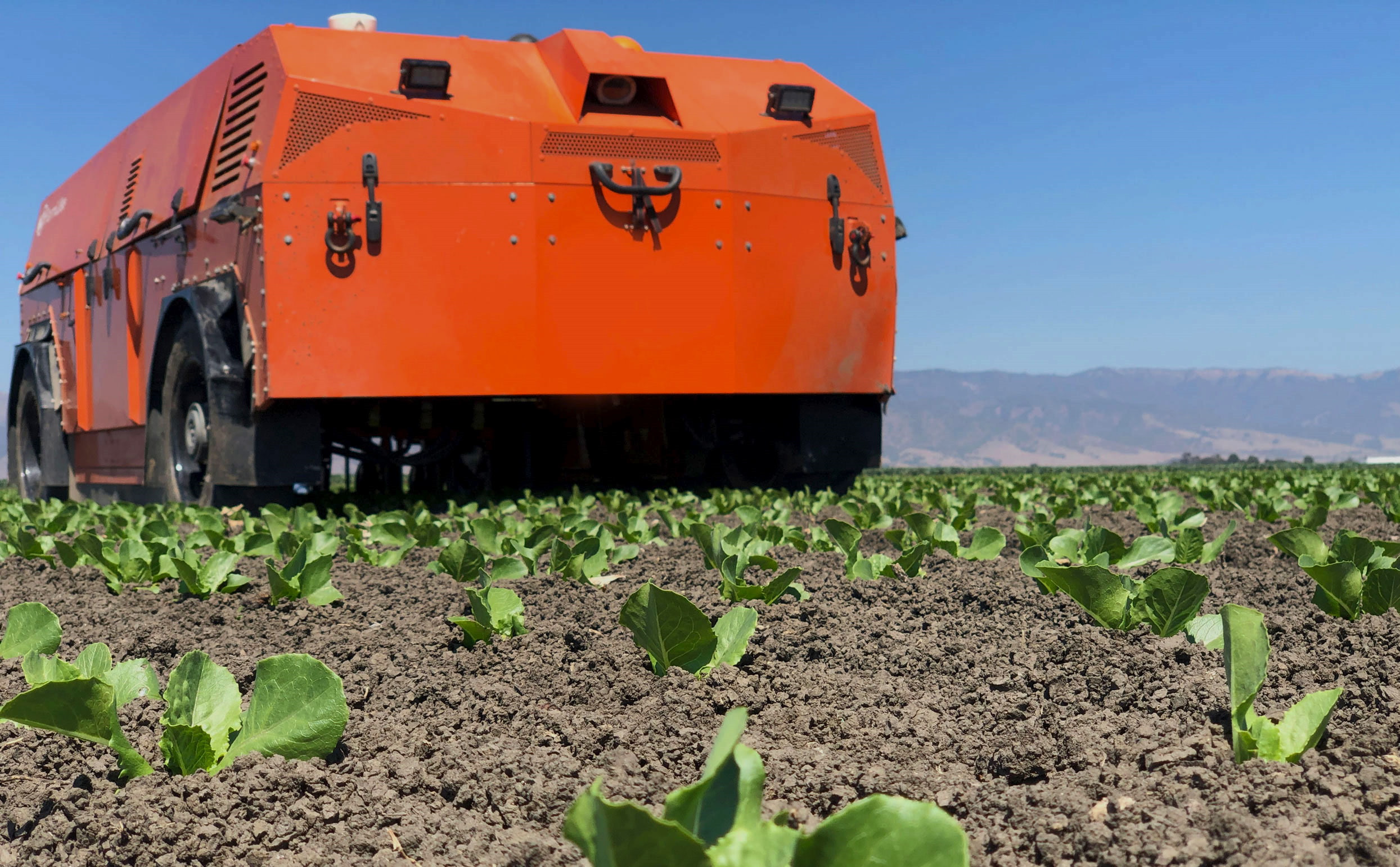 Automating agriculture is a complex proposition given the number and variety of tasks involved, but a number of robotics and autonomy companies are giving it their best shot. FarmWise seems to have impressed someone — it just raised $14.5 million to continue development of its autonomous weeding vehicle.

Currently in the prototype stage, these vehicles look like giant lumbering personnel carriers or the like, but are in fact precision instruments which scan the ground for invasive weeds among the crop and carefully pluck them out.

“Each day, one FarmWise robot can weed crops to feed a medium-sized city of approximately 400,000 inhabitants,” said FarmWise CEO Sebastien Boyer in a press release announcing the latest funding round. “We are now enhancing the scale and depth of our proprietary plant-detection technology to help growers with more of their processes and on more of their crops.”

Presumably the robot was developed and demonstrated with something of a specialty in one crop or another, more as a proof of concept than anything.

Well, it seems to have proved the concept. The new $14.5 million round, led by Calibrate Ventures, is likely due to the success of these early trials. This is far from an easy problem, so going from idea to nearly market-ready in under three years is pretty impressive. Farmers love tech — if it works. And tiny issues or error rates can lead to enormous problems with the vast monoculture fields that make up the majority of U.S. farms.

The company previously took in about $5.7 million in a seed round, following its debut on Alchemist Accelerator’s demo day back in 2017. Robots are expensive!

Hopefully the cash infusion will help propel FarmWise from prototype to commercialization, though it’s hard to imagine they could build more than a handful of the machines with that kind of money. Perhaps they’ll line up a couple big orders and build on that future revenue.

Meanwhile they’ll continue to develop the AI that powers the chunky, endearing vehicles.

“Looking ahead, our robots will increasingly act as specialized doctors for crops, monitoring individual health and adjusting targeted interventions according to a crop’s individual needs,” said Boyer. So not only will these lumbering platforms delicately remove weeds, but they’ll inspect for aphids and fungus and apply the necessary remedies.

With that kind of inspection they can make a data play later — what farmer wouldn’t want to be able to digitally inspect every plant in their fields?