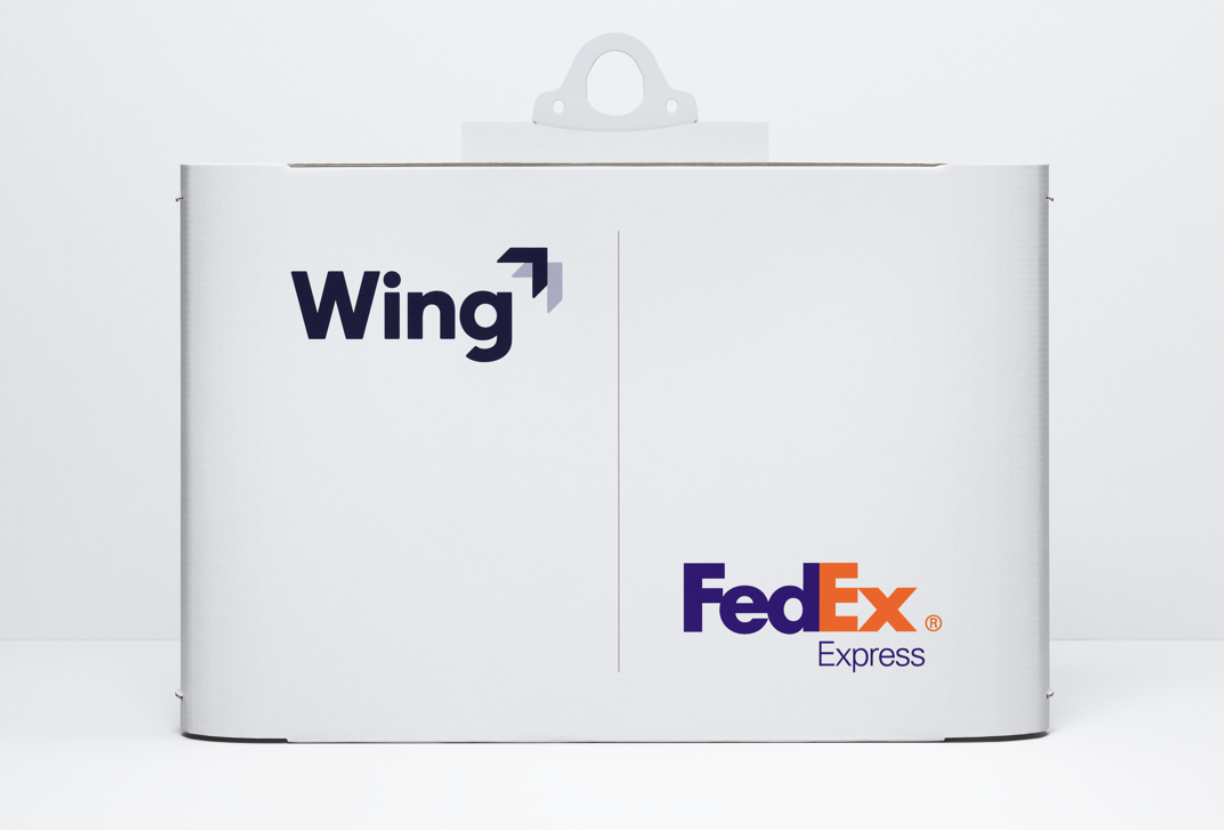 Home » News, Insights & Trends » Clever Company » Wing will test drone delivery in the US with Walgreens and FedEx

Wing, the drone delivery company that started its life within the Google X lab before spinning out into its own thing under the Alphabet umbrella, is prepping for takeoff.

The company announced this morning that it’s launching a test program in Virginia with Walgreens, FedEx, and local retailer Sugar Magnolia.

As part of the program, Wing will be able to deliver kids snacks (goldfish, water, gummy bears, and yogurt were mentioned as examples) and over-the-counter meds (like Tylenol or cough drops) from Walgreens, select packages from FedEx Express, and sweets and stationary from Sugar Magnolia.

Alas, unless you’re one of the roughly 22,000 people in Christiansburg, Virginia and happen to be in a neighborhood they’ve deemed eligible, you’re not going to be able to check it out just yet. Wing says the pilot program is limited to the small Montgomery County town for now as they work with locals to figure out what works and what doesn’t. The company declined to give any sort of timeline for when the program might expand to other parts of the US.

So how does it work?

When the customer places an order, one of Wing’s delivery drones heads for a pickup location. As Wing’s drones are only allowed to take-off or land in specific locations, pickups and deliveries are handled via a tether, with the drone itself hovering about 20 feet in the air. Once at the pickup location, a tether is lowered and a human operator hooks the package onto the line. The drone winches the package into the air, secures it, and heads for its destination.

Once in flight, Wing says its drone cruises at about 60-70mph, with a range of about 6 miles each way. Once the drone arrives at the delivery location, the same tether line lowers the package. When the drone detects that the package has reached the ground, the package is released and the drone heads back home. All in all, Wing estimates that they can make a delivery within about 10 minutes of a customer finalizing their order.

And if the tether gets stuck on something, or someone tries to grab it and tug it down? The drone is designed to detect the resistance and release the tether, dropping the line to the ground.

Wing says its drone can currently handle a payload of about 3 lbs, with the drone itself weighing roughly 10 lbs.

Wing won’t charge pilot program customers for delivery; customers will pay the store’s sticker price, and delivery during this test phase will be free.

Wing says the first deliveries should start next month.