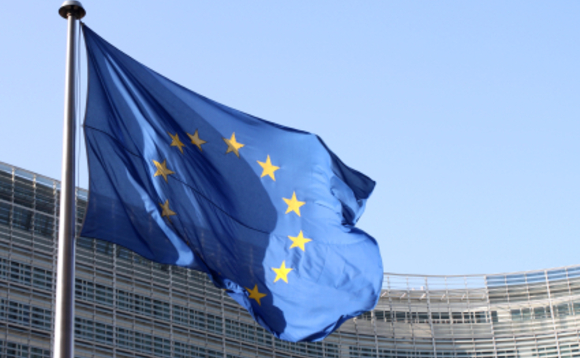 Concerns remain over the impact of Brexit on environmental standards

Brexit threatens to derail both the UK and the EU’s efforts to tackle the climate crisis, with a “lack of faith” between both parties during current exit deal negotiations putting future cooperation and alignment on environmental standards at risk, a new academic study has warned.

The paper released today by the University of Sheffield highlights the UK’s crucial role as a counterweight to EU member states that have traditionally lobbied against bolder climate action. It argues the UK has in the past helped push the bloc towards stronger environmental, climate, and renewable energy targets and regulations.

It also points to the UK’s recent adoption of its 2050 net zero emissions target, which made it the first major economy in the world to lay down such a level of ambition in law, arguing the country had set a “positive example” to the rest of the world on climate action.

But author of the paper, Professor Charlotte Burns, warned the current “lack of faith” between Brussels and London during difficult Brexit negotiations was putting future climate action at risk.

Moreover, Burns, a professorial fellow in the University’s Department of politics and international relations, said the UK’s efforts to secure a trade deal with the US – which under Trump has sought to exit the Paris Agreement – could further jeopardise relations and cooperation with the EU.

“The climate emergency demands urgent action,” said Burns. “The UK and EU should be working together to meet the goals laid out in the Paris Agreement and set out roadmaps to achieve net-zero carbon emissions across the continent by 2050. But Brexit has created uncertainty and raised the risk that the climate crisis will be pushed off the political agenda at this critical moment.”

Boris Johnson has on several occasions stated his support for the UK’s 2050 net zero goal and has repeatedly insisted the government is committed to “world class” environmental standards after leaving the EU.

However, reports have emerged in recent weeks of the Prime Minister seeking to break away from EU environmental standards after Brexit, despite previous commitments from his predecessor Theresa May to maintaining a ‘level playing field’ with Europe on environmental and social standards.

The EU’s chief negotiator, Michel Barnier, yesterday also appeared to confirm that the UK’s negotiating team has been seeking to revisit level playing field commitments on the environment.

Barnier making point publicly UK Government has told him it now wants to revisit level playing field commitments (social, environmental, competition) made by May last year… this will lessen the ambition for a free trade agreement…
Consequences…https://t.co/kwneH9to2o

Burns said she was concerned by such signals from Downing Street since Johnson became Prime Minister earlier in the summer, and warned a potential no-deal Brexit would mean there was nothing to stop the UK weakening its own climate regulations after Brexit.

Moreover, she said pursuing a trade deal with the US would further increase pressure on the UK to reduce green standards on goods and services. “Ongoing uncertainty about the Johnson government’s positioning on the environment raises questions about future trade deals and their environmental implications,” her study states.

“As we move towards an election, it is important that the environment and climate breakdown should be high up the political agenda,” said Burns. “Crucially, the risks of a no-deal Brexit for the climate need to be explained and the scope for no-deal to prompt weaker EU climate ambition should not be ignored.”

Environmental groups have long warned of the threat posed by Brexit to the UK’s environmental standards and regulations, given 80 per cent of domestic green laws estimated to derive from the EU.

Concerns have ratcheted up in recent weeks as proposed legislation such as the Agriculture Bill and the Environment Bill – which were due to set out UK’s future green protections and farming subsidy framework – have both been shelved due to the government’s recent decision to prorogue Parliament.

Ministers have repeatedly insisted they remain committed to deliver a “green Brexit”, but at the same time some of their colleagues have publicly and privately made the case for greater environmental deregulation.

The Department for Business, Energy and Industrial Strategy (BEIS) was considering a request for comment at the time of going to press.