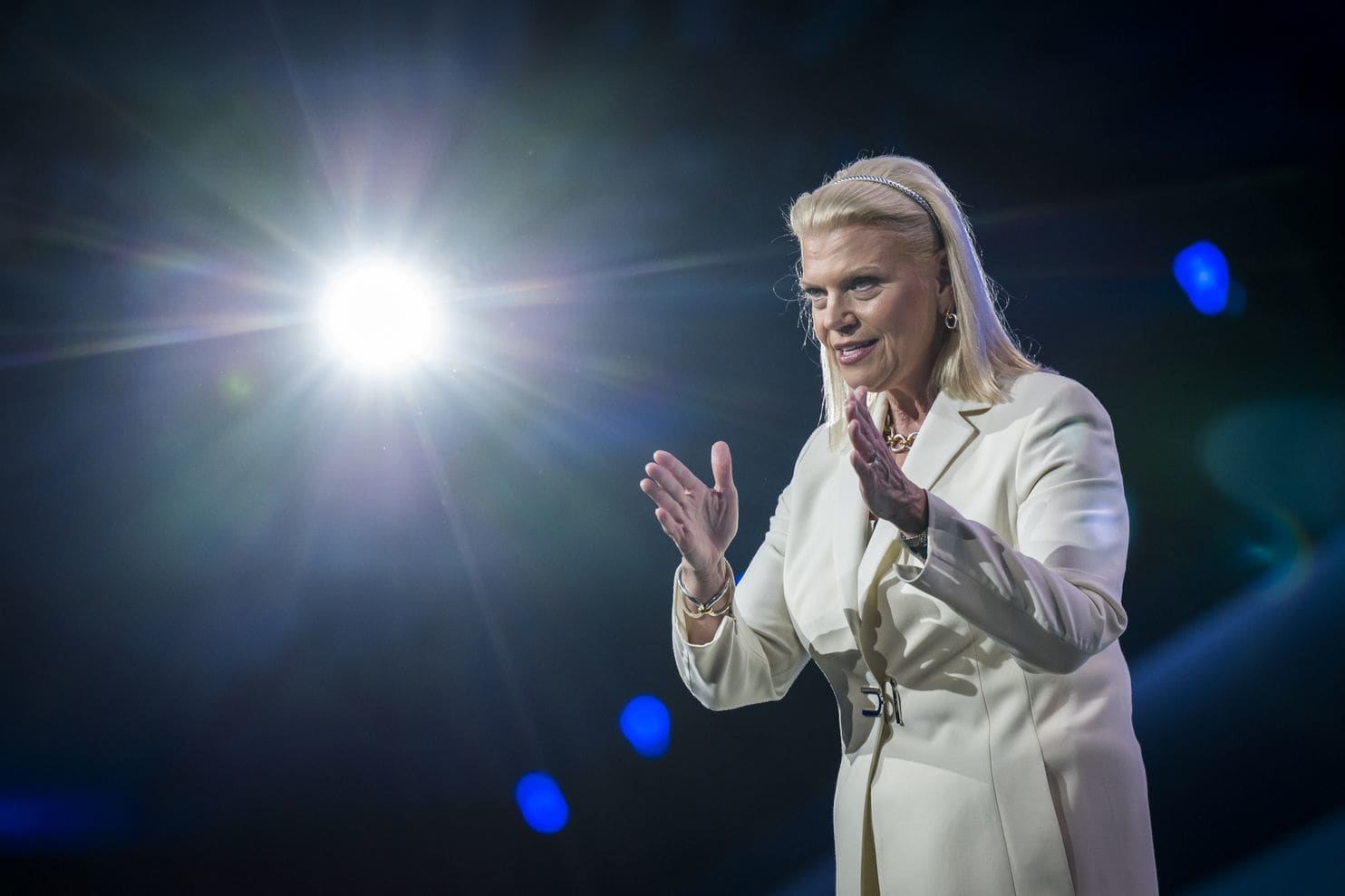 Home » News, Insights & Trends » Leadership » The new way your boss can tell if you’re about to quit your job

IBM chief executive Ginni Rometty says the company’s artificial intelligence program has a 95 percent accuracy of predicting those who are considering an exit from the company. (David Paul Morris/Bloomberg News)

IBM wants to keep its employees from quitting, and it’s using artificial intelligence to do it.

In a recent CNBC interview, chief executive Ginni Rometty said that thanks to AI, the tech and consulting giant can predict with 95 percent accuracy the employees who are likely to leave in the next six months. The “proactive retention” tool — which IBM uses internally but is also selling to clients — analyzes thousands of pieces of data and then nudges managers toward the employees who may be on their way out, telling them to “do something now so it never enters their mind,” Rometty said.

IBM’s efforts to use AI to learn who might quit is one of the more high-profile recent examples of the way data science, “deep learning” and “predictive analytics” are increasingly infiltrating the traditionally low-tech human resources department, arming personnel chiefs with more rigorous tools and hard data around the tricky art of managing people.

From recruiting to hiring to performance evaluations, HR executives have been investing in tech-driven data analysis to make better people decisions.

“We’re kind of coming of age in our ability to really put a number on human capital, to really understand what it takes to recruit a certain skill set and what it costs the company to lose a rare talent,” said Anna Tavis, a professor at New York University who studies human capital and technology.

“Compare that to three years ago, when there were maybe 10 to 15 percent that had a named and known head of talent analytics,” said Kropp, whose firm counts IBM as a client. “It’s the fastest-growing job in HR.”

[Why this Wharton wunderkind wants leaders to replace intuition with evidence]

Analysts say retention, in particular, is a critical area for the application of artificial intelligence. For one, there’s a clear event that happens — someone quits and leaves the company, or threatens to — that helps data scientists seek patterns for intervening.

“The person was here, and then the person was not here,” Kropp said. “It is where the more sophisticated analytics work in HR is going.”

Meanwhile, especially in a labor market with an unemployment rate below 4 percent and a near-record rate of people quitting their jobs for new gigs, there’s increasing worries about the high cost of not keeping great employees. The cost of trying to hire a replacement, Kropp said, is about half that person’s salary.

IBM’s use of AI in HR, which began in 2014, comes at a time when the 108-year-old company has been trying to shift its massive 350,000-person workforce to the most current tech skills and includes 18 different AI deployments across the department. Diane Gherson, IBM’s chief human resources officer, said in an interview that using tech to predict who might leave — considering thousands of factors such as job tenure, internal and external pay comparisons, and recent promotions — was the first area the department focused on.

“It was an obvious issue,” she said. “We were going out and replacing people at a huge premium.”

IBM had already been using algorithms and testing hypotheses about who would leave and why. Simple factors, such as the length of an employee’s commute, were helpful but only so telling.

“You can’t possibly come up with every case,” Gherson said. “The value you get from AI is it doesn’t rely on hypotheses being developed in advance; it actually finds the patterns.”

For instance, the system spotted one software engineer who hadn’t been promoted at the same rate as three female peers who all came from the same top university computer science program. The women had all been at IBM for four years but worked in different parts of the sprawling company. While her manager didn’t know she was comparing herself to these women, the engineer was all too aware her former classmates had been promoted and she hadn’t, Gherson said. After the risk was flagged, she was given more mentoring and stretch assignments, and she remains at IBM.

While the program urges managers to intervene for employees who have hard-to-find skills — offering them raises, public recognition or promotions — potential quitters that the system identifies as having less-valuable skills or who are low performers don’t necessarily get the same response.

“Our universe for doing this is not the whole IBM universe, and does not include low performers,” Gherson said. “The ones who are in high demand today and high demand tomorrow are going to be the ones we treat with a very high-touch” response.

IBM does not analyze or monitor employees’ email, external social media accounts or other internal message boards as part of its predictions on who has one foot out the door. But some start-ups have scraped publicly available LinkedIn data, for instance, to predict probable departures.

Meanwhile, other vendors have recently begun analyzing data to predict how lower employee engagement scores can give companies a nine-month heads-up about the groups of workers that might be at risk of leaving. Josh Bersin, an industry analyst who focuses on HR technology, said some companies have taken a high-level look at email to make predictions.

He recently wrote about how some firms have studied email “metadata” and communication patterns, finding that people who quit were less engaged in their email for up to six months before leaving.

How effective such systems really are at predicting who might leave — and whether the interventions suggested will always work to keep them — is still somewhat unknown, Kropp said. And some patterns the AI might turn up — for instance, women of childbearing age who leave tend to have higher turnover rates — might be tricky for managers to address.

But they may still offer an edge over the surprise office visit from an employee no one guessed was about to leave.

“There’s still always going to be a lot of art, and a lot of uncertainty,” Kropp said. “But it’s still better than a manager guessing.”

The secret to getting things done
The lone all-male board in the S&P 500 just added a woman to its ranks
What the US health care system assumes about you | Mitchell Katz
How can we support the emotional well-being of teachers? | Sydney Jensen
Category: Leadership
Tags: Business News, Business Updates